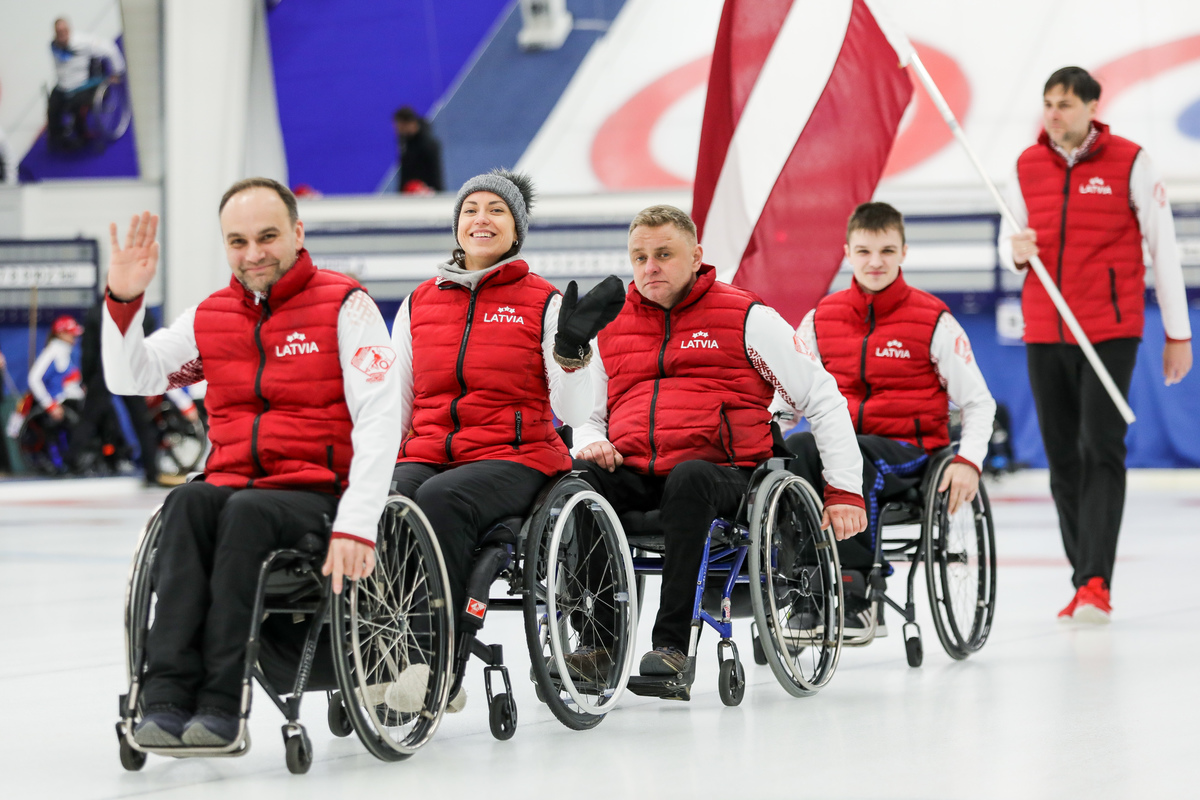 Latvia’s wheelchair curling team is one of the rinks from the nation to establish themselves on the world championship stage at an adult level, confirming their status for this year’s championship after finishing ninth on their debut.

The women’s team have finished at the bottom of the table at their four World Women’s Curling Championship appearances. The men are yet to feature at the men’s championship.

Despite their recent success in wheelchair curling, there are still many obstacles in the way for those who put the country on the curling map.

The rink won their opening two matches, finishing off day one at the World Wheelchair Curling Championship top of the table, before losing their third match against Korea.

Latvian skip Polina Rozkova shared her thoughts about their performance so far.

“It was a good interesting game so it’s not so bad, but that’s not how it feels right now.”

Her team also sat with a record of 2-1 after defeating Scotland and Canada last year and would pick up another three wins from their remaining six matches. Scepticism about early form is justified.

Rozkova speaks about the challenges she’s faced with passion and bemusement like any frustrated player would.

“For wheelchair curlers it’s very hard to get on the ice,” she said, “It’s really sad for me that we cannot play together as a team, we always play separately and at unpopular times to get on the sheet.

“There’s a lot of new teams that are upcoming who are learning to curl.”

It is ironic that a team that helped to boost the reputation of the sport in the country now finds itself in a more difficult position to train due to high demand for training ice.

In Riga, the nation’s capital, there are only two sheets of ice to use, leaving Rozkova’s rink without time to play as a team.

While other teams get to gel and train together, Latvia have had a disjointed training schedule based on their prior commitments – including the team’s third Sergejs Djacenko’s ongoing studies.

When asked what it is that makes them succeed, she simply answers, “I don’t know.”

But what they are not short on is a strong character.

The skip’s mother, one of the most influential people in her life, passed away a day before the national championships. When her teammates offered to forfeit in support of their team-mate, she ensured that they would go ahead and, in the process, secured her side’s place in Wetzikon.

Ruhards Jeske is a new coaching addition to the team, supporting the national coach Arnis Veidemanis. Jeske has noticed how they have strengthened.

“I couldn’t tell you exactly what happened and what has got better, but I think improvement has been made because the preparation works on the ice,” said Jeske.

However, the preparation for this competition was heavily blighted by that lack of time on ice, partly due to the national championships that have been a cause of interruption.

“Before, we had a lot of preference but for able-bodied curlers. They have a lot of training and there’s not a lot of time for wheelchair curlers.

“It’s really cool, but for us it’s not cool because we only have two sheets.”

It is not unusual to see teams struggle to train in nations that are still developing in the sport with little facilities. But it also leaves a question of whether wheelchair curlers, no matter their talent, are always last priority. It seems travelling around the world and defeating some of the best teams does not always give you the same privileges as able-bodied players.

Jeske is also quick to add the financial difficulties that wheelchair teams can come under, due to lack of funds, “We get a lot of support from the Latvian Paralympic Committee and we also get some from Latvian Curling Association,” he said.

“But compared to other nations, we have less finances, but we feel that as a team we can achieve a lot for our country.”

Tight budgets are a talking point in any national body, but it is difficult to not empathise with the situation of Rozkova’s rink. Unfortunately, this is a problem that faces many disabled athletes today, but they are used to overcoming these disadvantages in training.

Jeske mentions how hard the team works for their opportunities and there’s no better proof than their rise to prominence in the curling scene.

“It’s tough but we do with the money that we have.”

And so far, despite these difficulties, they are proof of an excelling team in an emerging curling nation. 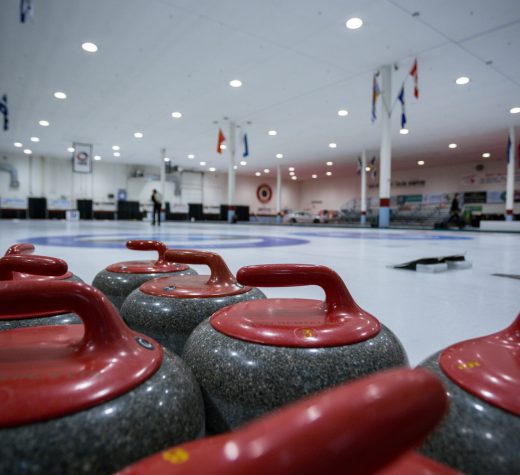