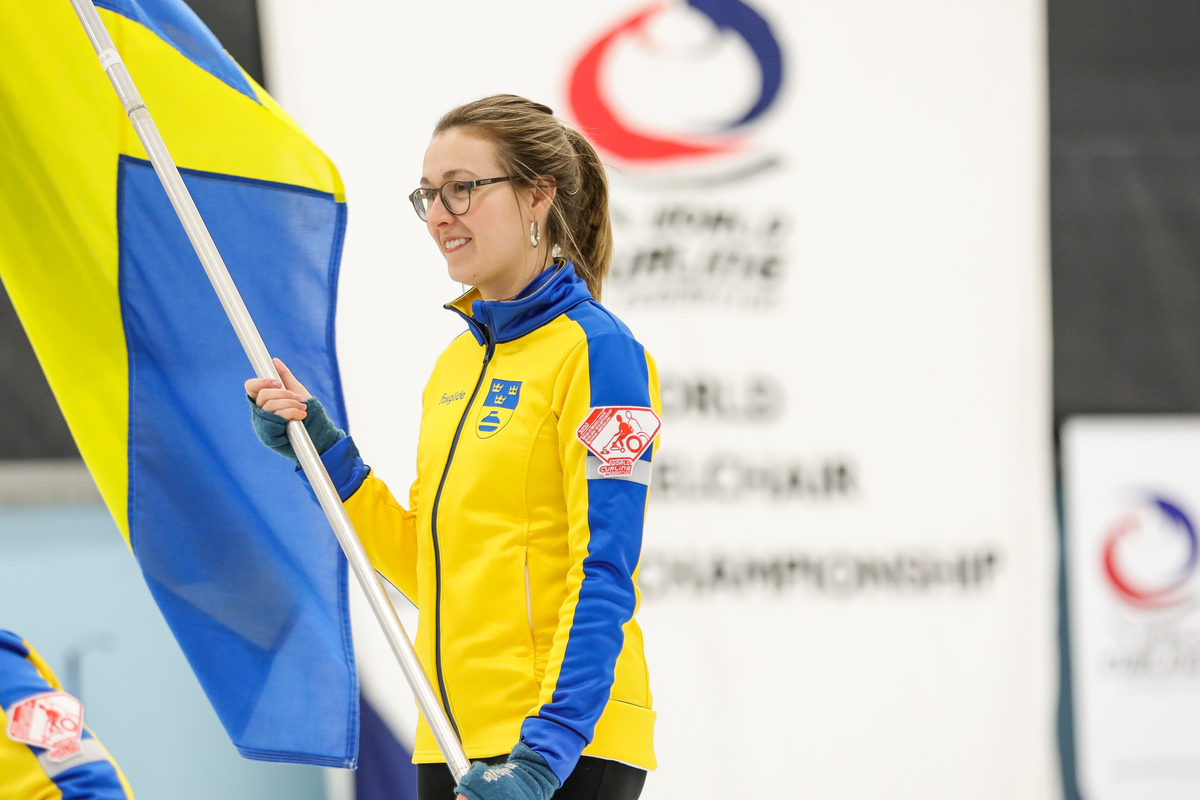 The end of the World Wheelchair Curling Championship 2020 coincided with the celebration of International Women’s Day.

International Women’s Day has been recognised internationally since 1910 and more than 100 years later, every 8 March becomes a topic of discussion about women’s rights as well as a celebration of their achievements.

However, there is still more that can be done to reach true equality and that includes in sport. During the World Wheelchair Curling Championship 2020, we spoke to women with different roles during the competition and asked for their opinions on what it is like to be a woman in sport.

A pioneer for wheelchair curling and the World Curling Federation President for a decade, Kate Caithness is one of the most prominent women in world sport. She is currently one of just two female presidents from the 40 current Olympic International Federations.

“I’m proud to say that curling on the field of play has total gender equality and of course now, with the addition of mixed doubles in the Olympics, more so than ever before at every level – from juniors through wheelchairs and to the senior level.

“When I became Vice-President of the World Curling Federation in 2006 and then President in 2010 I was the only female board member and now we have two. We’re moving in the right direction. Cathrine Lindahl two time Olympic champion joined the board in 2016 and is now motivated to give something back to curling. We’ve both been elected by our Member Associations, not as a result of any quota but because we are good enough. To be frank, as women in sport we have to be extra strong and make our voices heard. However, I feel this is a reality in sport that is changing.

“The International Olympic Committee has stressed that gender equality is vital for the future of sport. Therefore as female athletes, officials and decision makers I would encourage each and everyone of you to grasp the opportunities which come your way and to work hard at them because the rewards are endless. Your voice matters, therefore, be confident and allow it to be heard.”

Linda, lives in British Columbia, Canada and has been around sport since the late 1950s when her father was involved in the local curling scene.

With over 40 years officiating experience in the sport, Linda has become one of the top umpires in world curling.

“I’ve been umpiring the World Wheelchairs since 2008 and I’ve always been the chief or the deputy. When I first started umpiring especially at wheelchair level, we would try and even it out with the umpire one year being a man and the next year a woman.

“We’re starting to see more equality each year. At the Scotties they raised the payment to make it equal to what the men were getting. It turned out that one of the ladies became one of the world umpires at a really high level, was Rae Kells, and she did a lot of men’s event. And now, even in the men’s events there are female umpires.

“A lot of men would not like to take orders from women and tell them what to do. The men in the end accepted it because a lot of the women moved up to the world level for officiating before the men so they wouldn’t mind taking orders from you if you were at the world level.”

Dana is the skip of her national team, one of only two female skips here in Wetzikon along with Latvia’s Polina Rozkova. She is also head of the only team with a balance of two men and two women in their line up of four.

“Women’s sport is changing and less women have a problem with skipping and know they can succeed among the guys.

“I’m quite new to the team, I came when there was basically only one woman but I had no problem.

“I still try to work and act like a woman and it works very well in the team. I do not see any problem in determining my strategy as a woman.”

A former player on Rachel Homan’s successful Canadian team, Alison moved to Sweden to be with her partner, Fredrik Lindberg and soon became part of the country’s national coaching setup.

One of her greatest achievements in her role as head coach for the mixed doubles team was managing the team of Anna Hasselborg and Oskar Eriksson who won last year’s World Mixed Doubles Curling Championship 2019.

She acts as the coach behind the national wheelchair curling coach Peter Narup at the championship.

“I think being a woman and being in a coaching role, we do have our challenges. I would love to see more women out on the bench alongside me. We’re seeing more and more each year.

“Because I’m young and I’m a woman, sometimes women in coaching have a stigma of when we’re upset about something, we’re being irrational or moody. It can be challenging sometimes to be taken seriously which is sad. I think in curling, we’re a very small community and a lot of us know each other quite well so I think there’s a better level of understanding in curling than there are in other sports.

“We’re getting there and we’re getting better. I like the initiative they’ve taken, especially over these past five years, making sure that men and women are treated equally. In Sweden we have a long way to go getting women involved at club level and district level. We need to feel like they can get involved. We still have challenges nowadays.

“As a woman it can be overbearing to have that power and strong figures to tell you you’re doing something wrong and that they can do it better. I’ve seen it first hand in my club. One of the women was doing the ice and a man came up and took the machine away from her because he thought he’d be better off doing it. We’ve still got a way to go to make women feel at home without being pushed down.”

Alina was the first photographer to be selected for the World Curling Federation’s Sports Media Trainee Programme in 2013 when she worked at the World Junior Curling Championships in Sochi, Russia. Now, she is
one of the Federation’s main photographers and captured the competitions greatest moments in Wetzikon.

“Around eight years ago it felt like all the photographers in sport were male. It was a challenge as a woman to compete with men. In sport photography it can be very physical as you have to move a lot, lie down and stand up. But now, both men and women can do any job.

Raised in Lucerne, Brigitte has been involved in curling for 47 years before later becoming an official. As a youngster, she also played tennis and skied.

“In general, it’s easier for women to play but then you have to study and women want to have families and many of them stopped sport at that time because it was difficult to arrange everything together. This is the reason why many young women stopped playing.”

“I still think there are not enough women. I think umpiring is a job that doesn’t matter who you are, all can do it. I think we’re as accepted as the men are – it depends on who you work with. I think it’s not whether you are male or female.”

When asked about the ways that she feels women are disadvantaged in sport, she points to society as a whole.

“If you look in business, there are also less women in big positions. In Switzerland we have many women as umpires and all the good ones are international umpires too. We have many, but other nations have none.  As long as there’s enough money, you can be more professional. In sport, women normally earn less, sponsors pay less.”

Glenda has been involved in curling for around 45 years, officiating for the past 30 years in her home nation of Scotland.

“I think we have a fair representation now. It has changed over the years and curling is a sport where men and women can compete together and against each other. It’s nice that involves mixed curling which is special.

“There are very few sports that can be as diverse as curling. There are a lot more women in curling than there used to be. Women used to be a lot more involved at home and I think they now have a different outlook. I think they have a lot more confidence and that’s reflected in their positions in sport.

“When I started, I was only invited to umpire women’s games at events like the Scottish Championships and the men did the men’s side but that’s all changed now. It doesn’t matter whether you’re male or female in which competition you’re doing.

“If you look at football, women’s football used to be a bit of a joke and women’s golf was never regarded as prestigious as the men’s. The public perception has changed. Women aren’t laughed at for taking part in sport, they’re not laughed at for the sport they choose, which is terrific.”

In the coming year the World Curling Federation will be working with athletes, officials and staff to raise awareness of, and tell vital stories about, important issues in today’s society. These are being developed to align with a series of the United Nations’ recognised International Days that are relatable to curling. 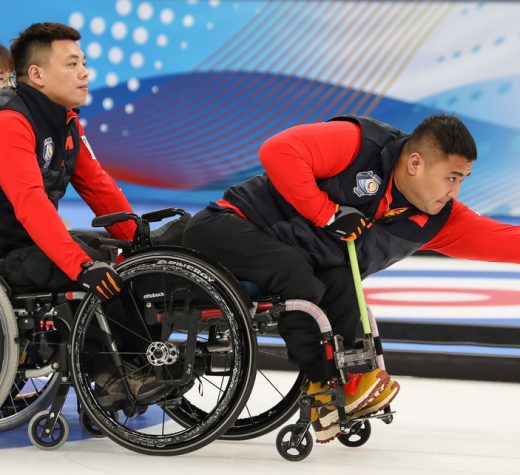 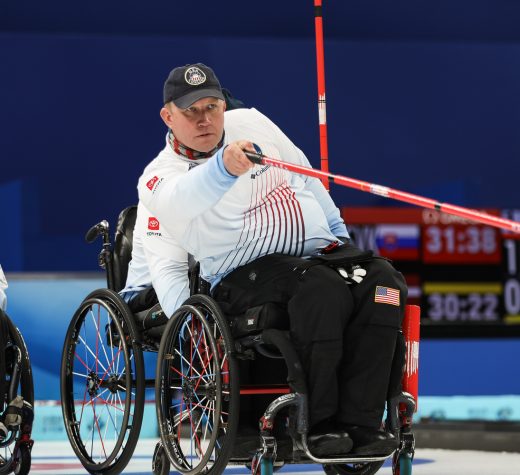