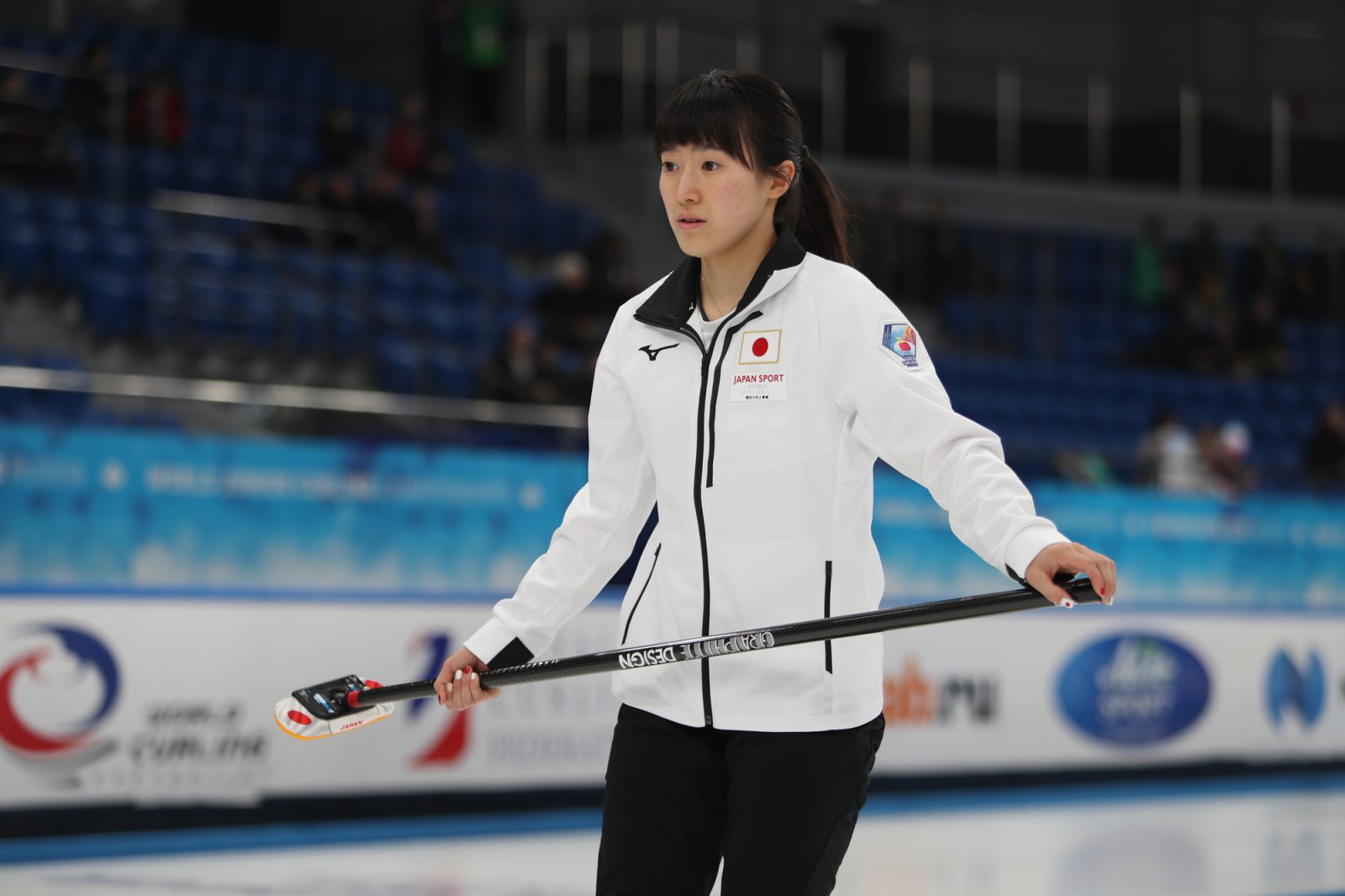 The game between Japan and Norway went all the way to the last stone in the tenth end where Japan stole a single point for a 7-5 win.

Norway started well, with a score of three points in the second end, but Japan fought back with a score of one point in the seventh end, then followed that with single-point steals in the eighth and ninth ends.

Then in the tenth end when Norway skip Maia Ramsfjell hit and rolled too far with her last stone double take-out attempt in the tenth end, Japan gained another single-point steal to win by 7-5.

After this second win so far for her team Japan skip Sae Yamamoto said, “We feel so relieved. At the beginning we couldn’t make perfect shots. When we got the steal in the fifth end it was a boost and we played better after half-time. It was really tough though, tougher than yesterday.”

Russia’s game against Switzerland was also tight all the way, with a score of three points in the fifth end giving the Russians the advantage for the second half of the game. After her team’s win, Russia skip Vlada Rumiantseva said, “That game was really exciting, shot-by-shot, end-by-end. it was really close to the very end and we’re happy to win it”.

The other two joint leaders had more straightforward wins – Denmark beat newcomers Latvia by 8-4. After opening the game with a score of two points, the Danes went on the score three points in the sixth end on the way to their win, while it took just six ends for Korea to beat Hungary by 7-1, a score that included three stolen ends.

In the fifth game of the session Canada recovered from their opening day loss to beat Sweden by 9-1.

Canada opened with a score of one point in the first end, then had steals in the next four ends to go into the break 7-0 ahead.

Sweden got onto the scoreboard with a single point in the sixth end then, after Canada scored another two points in the seventh end, the Swedes conceded.

After this win, which put the Canadian campaign back on course, their skip Mackenzie Zacharias said, “That’s a bit more like it. We came out really strong, as we were hoping to do, so it’s nice to come out this morning and play like that. I think we’ve got into our groove now, so we just want to see if we can keep this up. We’ll look at what we did this game that was different from the last game and see if we can bring that tonight.”