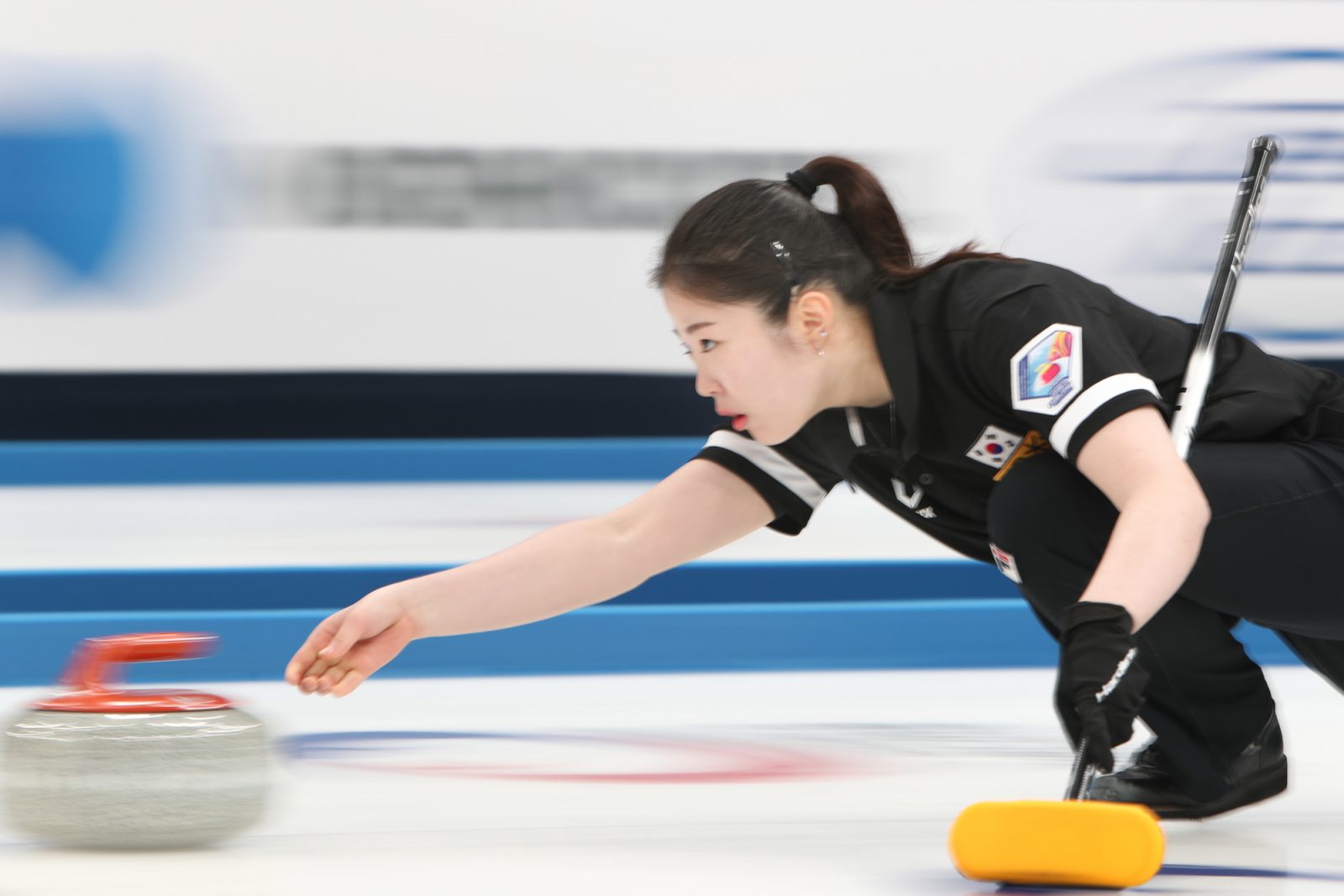 In Sunday (16 February) evening’s women’s third session, in Krasnoyarsk’s Crystal Ice Arena, Korea won the battle of the undefeated sides, 7-1 against Denmark, to remain at the top of the rankings alongside Japan and Russia.

Korea defeated Denmark, 7-1, after scoring three points in the second and seventh ends. Korea controlled the game throughout and forced handshakes after the seventh end.

Korea skip, Minji Kim stated afterwards, “I want to advance to the play-offs by showing a good performance like I did now.” With this win, Korea remain undefeated in the standings on three wins.

Also, on three wins at the top of the rankings are Japan, who had a 6-9 win over Sweden.

After Sweden scored three points in the eighth end, Japan responded with four points in the ninth end, then forced a one-point steal in the tenth to seal the victory.

Sweden is currently tied at the bottom of the standings with Hungary, Latvia and Norway, and will look to pick up a win in tomorrow’s session.

The defending champions Russia defeated Latvia in Sunday’s evening session, by 7-4, and share the top spot in the standings with a perfect 3-0 record thus far.

In the first game to finish in the session, Switzerland came out on top against Hungary.

The match was tied until the fourth end when the Swiss scored four points. Their momentum continued as they stole three points in the fifth end and one point in the sixth end to finish off with a 10-2 win.

In reflection of the sudden shift in momentum, Swiss skip Selina Witschonke said “I think we played very well. The ice was getting a bit difficult and the other team struggled with it. I think we managed it better.”

In a tight match between Canada and Norway, the lead was traded back and forth until the fifth end when Canada gained momentum and stole a single point for the 4-2 lead.

Norway battled back but ultimately could not overcome the Canadians who won with a 6-5 victory.

Sitting at two wins, one loss, Canadian skip Mackenzie Zacharias followed the game by saying “This was a really important win. We had a bit of a rough first game, but we were able to bounce back really well in the second game, so we took that momentum into this game and I thought that we played really well.”