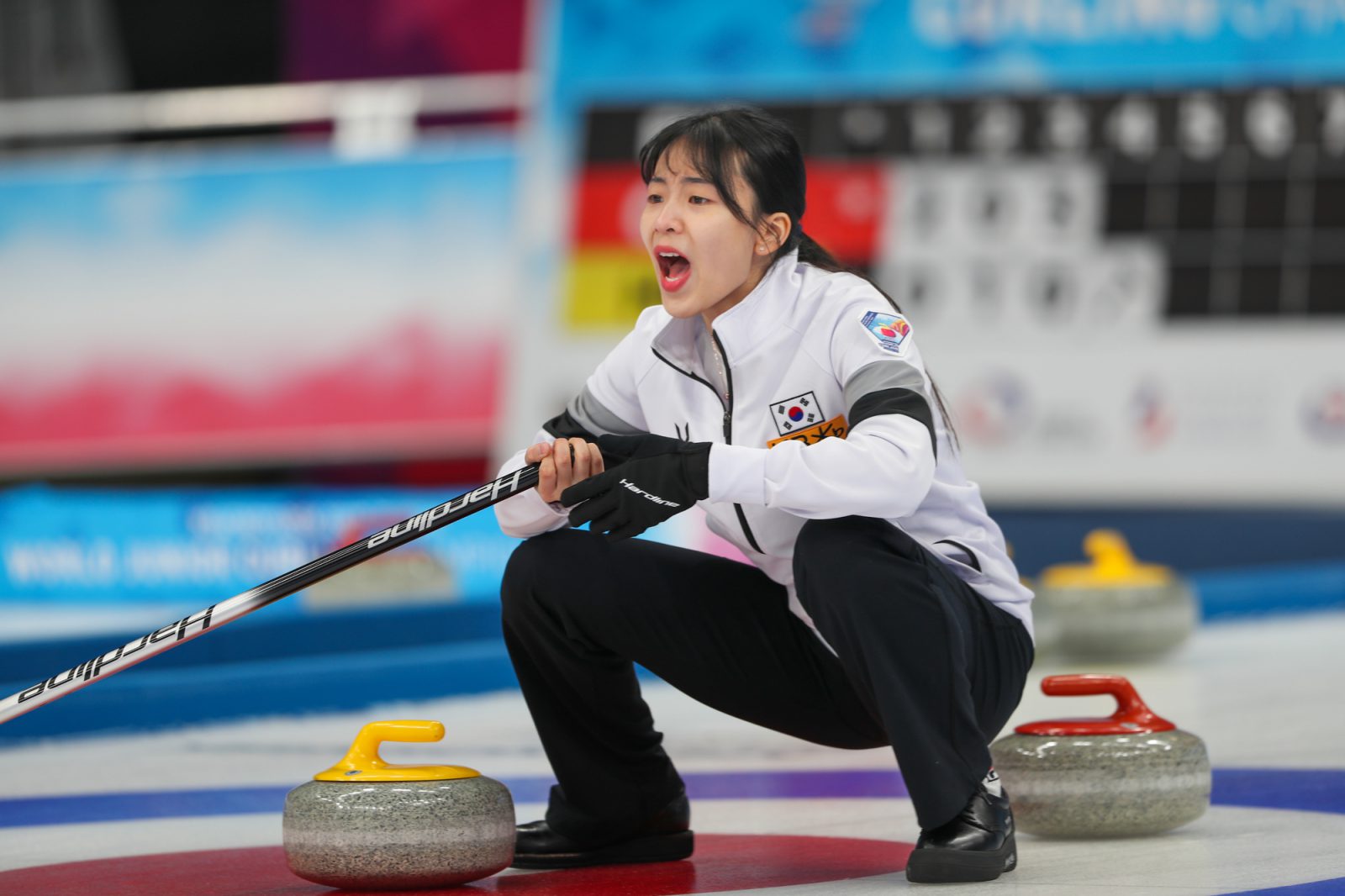 Korea defeated Norway in a 9-3 game. Scoring three points in the fourth and sixth ends, the Koreans top the standings at 6-0, the sole perfect record from both the men’s and women’s championships. Norway now sit at 1-5 in the standings and are hopeful for a win with three games to go.

Korean skip, Minji Kim spoke after the game saying, “My coaches encourage me to concentrate and do well. Their words are very helpful. I think we have a record of 6-0 because of our teamwork.”

In a tight battle against Switzerland, Canada pulled off a 6-5 win by scoring two points in the tenth end on skip Mackenzie Zacharias’s last shot. Following the game Mackenzie said, “A bit of a rough game but I’ll take the win. We wanted to make sure I had a shot on my last, even just to go to the extra end and we were able to do that.”

Canada sits at 5-1 in the standings, just behind Korea, while Switzerland sits at 2-4 alongside Sweden and Latvia.

Latvia picked up their second win in world junior history against Hungary with an 11-3 score. The Latvians scored four points in the fifth end, which helped them maintain control of the rest of the game.

Now with a 2-4 record, Latvian skip Evelina Barone said, “We were more confident about our shots and we played better, so we came up with the win.”

Russia bounced back after two losses to pick up a strong win against Japan. After scoring four points in the eighth end, Russia went on to win 7-5. Russia and Japan are now tied in the standings with a 4-2 record in third place alongside Denmark.

Russian skip, Vlada Rumiantseva commented, “I really think those losses were a push to improve our game and to increase our percentages. The game was really tight all the way, but the end when we scored four was big.”

The final game of the session saw Sweden defeat Denmark, 9-2, and saw them score four points in the sixth end on the way to their second win of the week.