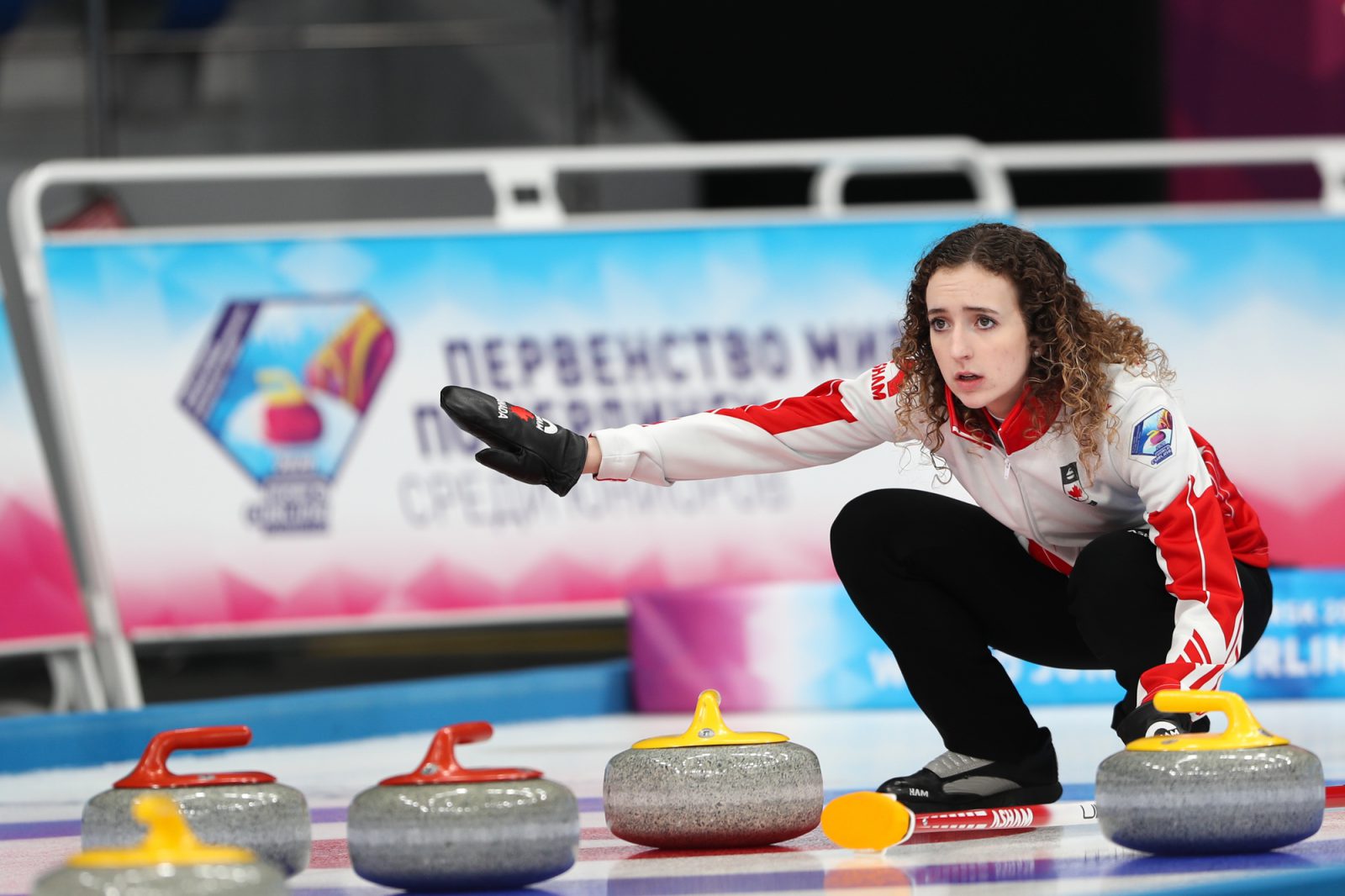 Korea’s victory not only keeps them in top place, it maintains their unbeaten record. Defending champions Russia blanked the first two ends of the game before Korea opened the scoring with a steal of one point in the third end, following that up with a further steal of two points in the fourth for a 3-0 lead. They had another steal in the ninth end – for three points – to complete their win.

Afterwards, skip Minji Kim said, “I think we won there because we were able to be more accurate in our play”, and more generally, she added, “my favourite part about curling is that my teammates are also my friends.”

Canada took a 4-2 lead into the half-time break against Denmark and built on that in the second half. In the tenth end, skip Mackenzie Zacharias scored one point with her final hit and stay to seal her sixth win so far, by 7-4, and guarantee her team a place in the semi-final line-up.

Switzerland faced Japan in this session, and in a tight game, it came down to Swiss skip Selina Witschonke’s last stone and she was able to score the one point needed for a 5-4 win.

Afterwards, she said, “I was so nervous there. We’ve had a few losses, so it was very important to win. It was such a tight game and I had to make the last shot. I was nervous but now I’m very happy. We have two games to go, so now it’s important that we win both.”

The game between Latvia and Sweden went to an extra end when the Swedes were able to draw for three points in the tenth to tie the game at 7-7.

Latvia skip Evelina Barone played her final draw shot of the extra end onto backing to score the one point that gave Latvia the game by 8-7 and their third successive win. They are now tied with Switzerland for the crucial sixth place that will give direct qualification to next year’s event.

In the fifth game of the session, Norway beat Hungary by 5-4, a result that gives Norway only their second win and leaves Hungary still win-less.

After the game Norway skip Maia Ramsfjell said, “Right now, I’m feeling that I’m not performing as well as I was hoping too. But that was a good win, we had fun today and that gave us a good result. Now we’re going to enjoy our last two games as a junior team.”