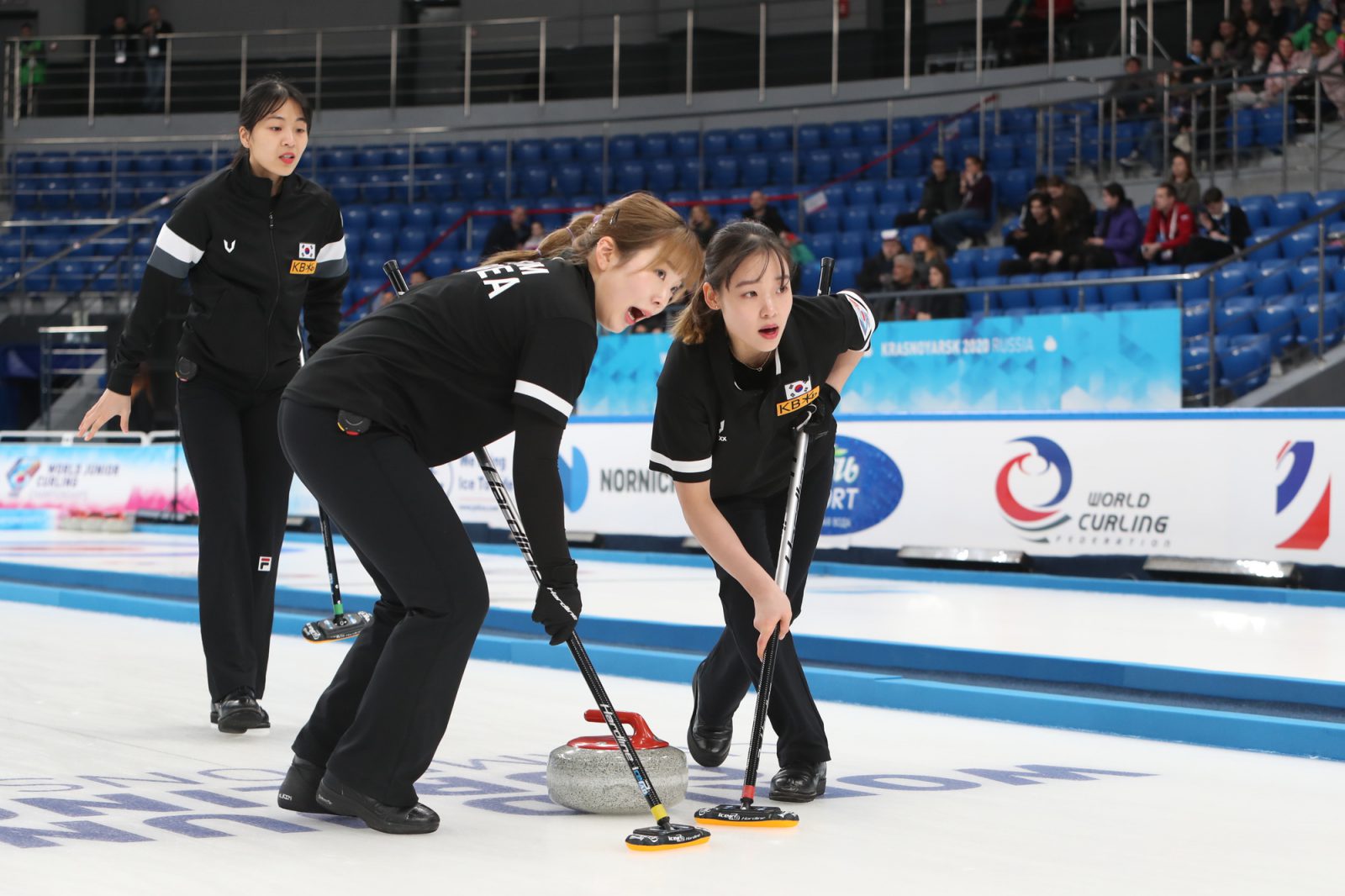 Korea defeated Japan by 8-4. Japan scored single points in the second, fourth, sixth, and eighth ends, but with the Koreans scoring two points in the first, seventh, and ninth ends, it was the Koreans who controlled the game.

Korean skip Minji Kim scored two points in the ninth end with a draw-shot, to make the score 8-4, after which Japan shook hands to concede, and Korea picked up the victory.

Kim commented after her team’s win saying, “This is my fifth World Junior Championships and I am very happy to be in the finals. I want to tell my team thank you all very much for your praise and support for each other.”

Korea will face Canada as the Canadians outscored the Russians 9-8 in the other semi-final.

In the fifth end of this game, Canada skip Mackenzie Zacharias made an in-off double takeout to score three points to tie the game at 4-4.

After this, Russia scored two points in the tenth end to force an extra end, and, in that extra end, Canada used last stone advantage to make an open take-out for the single point needed for victory.

Following the game, Zacharias said, “I had a bit of a rough go at the beginning of this game, but the team played absolutely fantastic in the second half, and we’re really fortunate to be able to play in this gold medal game. I’m so excited.”

Korea and Canada will face each other for the gold medals on Saturday (22 February) afternoon at 14:00 Krasnoyarsk Time (UTC +7), while Japan and Russia will battle for the bronze medals at the same time.

World Curling TV will broadcast the women’s gold medal game on the World Curling YouTube channel worldwide, and on Match TV in Russia.