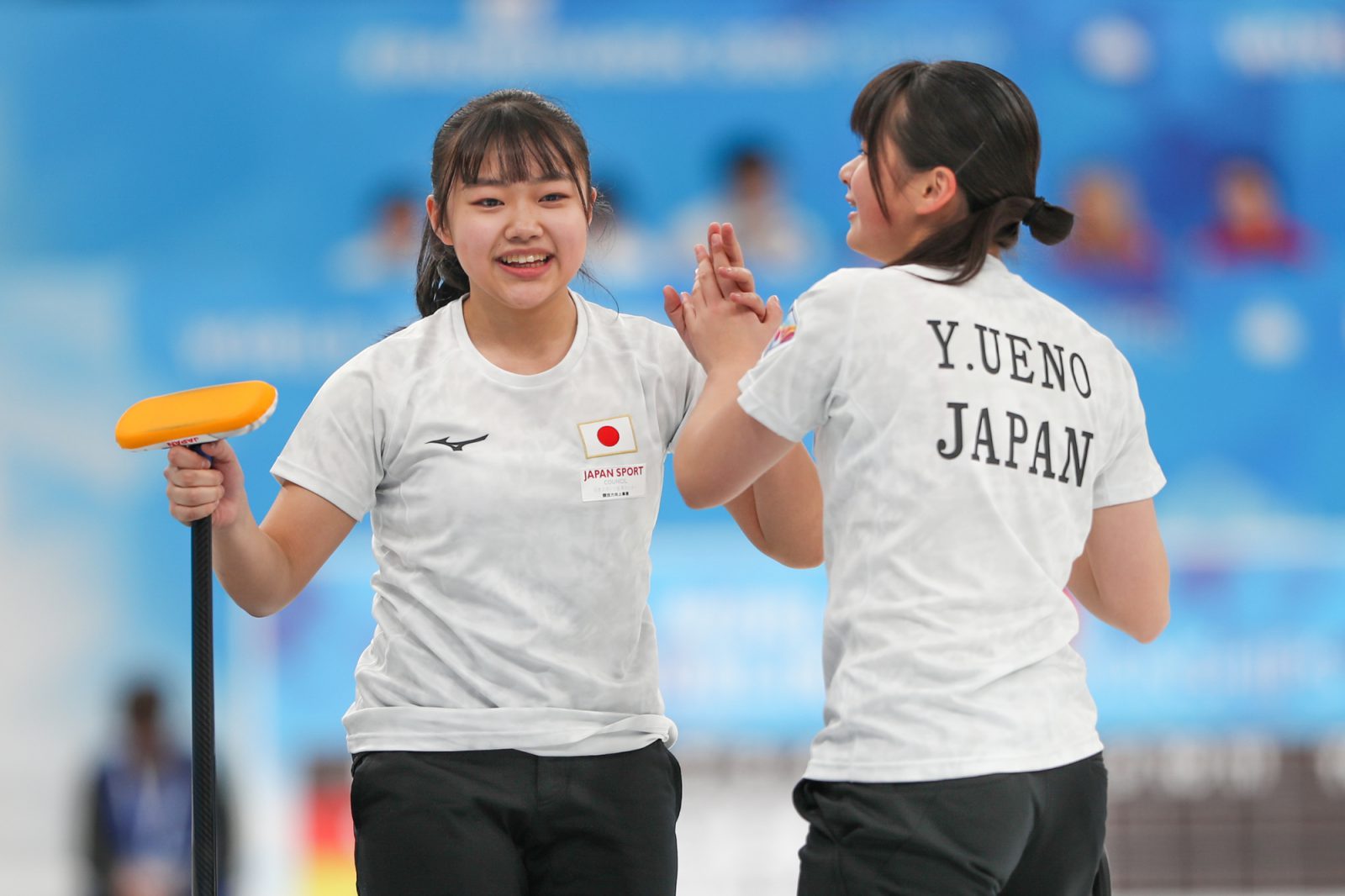 Japan beat Hungary by 7-2 in Thursday (20 February) evening’s last session of women’s round-robin play at the World Junior Curling Championships 2020 in the Crystal Ice Arena, Krasnoyarsk, and this result, along with others, means that they took the fourth slot in Friday’s semi-finals.

Afterwards, Japan skip Sae Yamamoto explained, “We lost the last four games, so this makes us really happy. If we had lost this game, it would have meant we didn’t qualify for the play-offs. We did what we had to do, and that was good.”

In the semi-finals, Japan will face Korea, who finished their round-robin campaign with a seven-end, 7-1, win over second-placed Canada.

Both teams had already qualified for the semi-finals before this game and this win completed a nine-game unbeaten round-robin programme for Korea.

Korea scored three points with a nose-hit in the sixth end, as well as carving out three single-point steals on the way to their win.

Russia faced Denmark in this session and opened with a score of four points in the first end thanks to a draw-shot by skip Vlada Rumiantseva.

Denmark attempted to battle back after this, scoring two points in each of the third, fifth and eighth ends, but Russia tapped up their own stone in the seventh end to score two more points on the way to an 11-6 win.

This result, in front of a large, enthusiastic home-crowd, gave Russia third place on the table and they now face Canada in the semi-finals.

After the game Russia’s Rumiantseva said, “At the start of the game, we didn’t think our opponents played well, but they got better, while the opposite happened with us during the game, that’s why it became a closer game. I don’t think we’ll change anything against Canada, but we will try to really play at our best.”

Latvia faced Switzerland in this session and this tight game came down all the way to a final draw by Latvian skip Evelina Barone to score one point and win by 8-7.

However, results elsewhere, particularly Norway’s 5-4 win over Sweden, meant that, although they were tied on five wins and four losses with Switzerland and Denmark, Latvia had the poorest draw-shot challenge total of these three teams, and they finished seventh overall and relegated to next year’s World Junior-B Championship.

Switzerland and Denmark both qualified direct for next year’s World Championship, to be staged in the Ice Cube in Beijing, China.