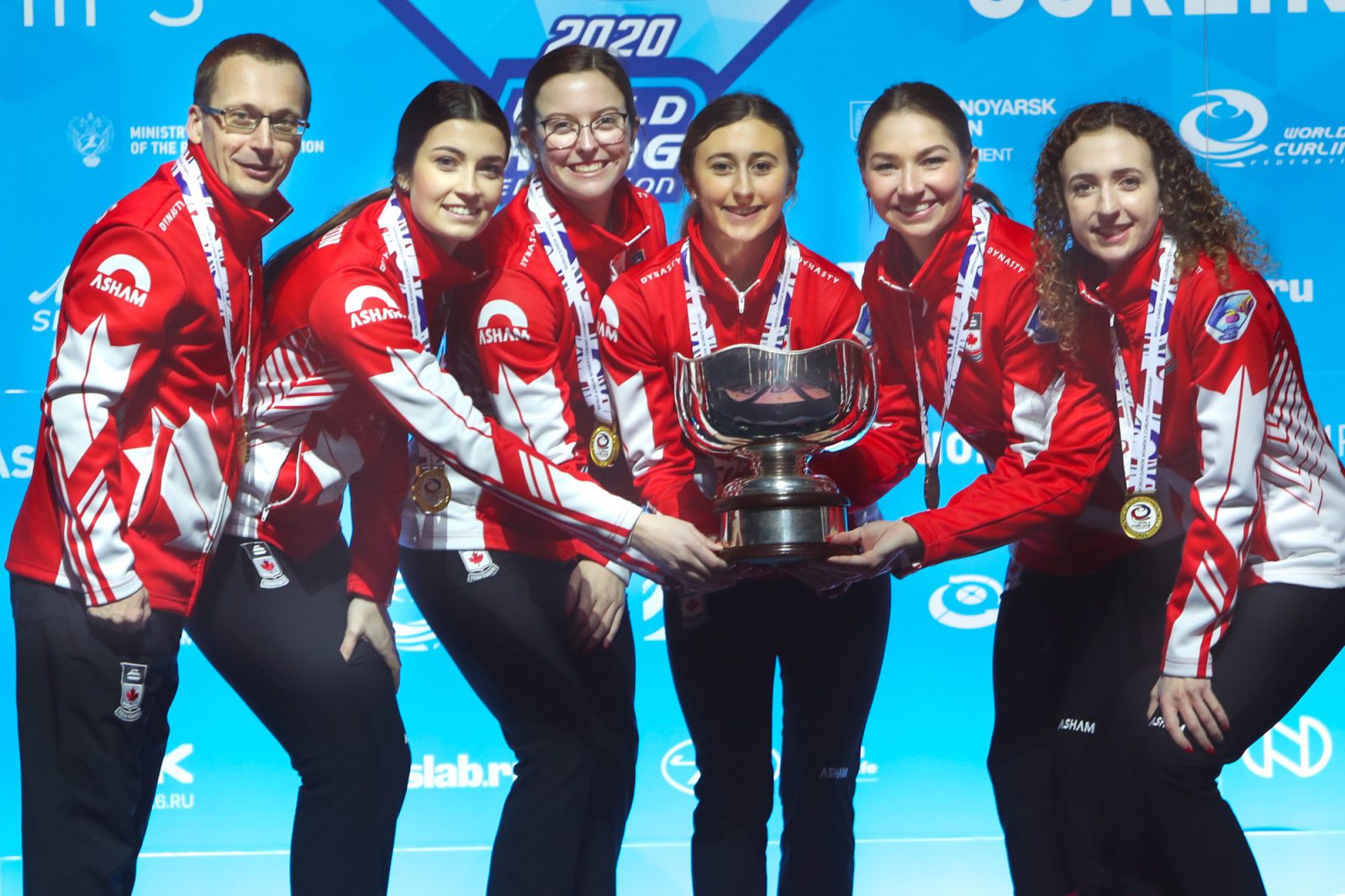 Korea picked up the silver medals and skip, Minji Kim commented, “It was very good to reach and participate in the final. Unfortunately, we did not win the gold medal, but we did our best.”

Canada opened the scoring with a single point in the second end, which Korea followed with a score of three points in the third end.

The teams exchanged steals of one point in the fourth and sixth ends to be tied at 4-4 after six ends.

Canada had single-point steals in the sixth and eighth ends and stole two more points in the ninth end to take the lead going into the tenth end.

Minji Kim of Korea came up short with her first stone draw attempt, and with no stones in scoring position, conceded defeat and gave the 7-5 win to Canada.

Canada skip, Mackenzie Zacharias said after the game, “World champion? That sounds pretty amazing. It was a fantastic game, Korea played great. We struggled a little in the first half, but we played a great second half. It’s incredible and I’m so happy.”

Russia earned the bronze medals after defeating Japan by 14-4. Russia started the game by scoring two points in the first end. In the third end, Russia skip Vlada Rumiantseva played a draw and after an Umpire’s measure, scored five points.

Russia continued to dominate the game, stealing one point in the fourth end and two points in the fifth end.

Japan responded with a nose-hit for two points in the sixth end to make the score 10-3. Russia scored another four points in the seventh end to force handshakes after eight ends.

Russia third, Vera Tiuliakova spoke following the game saying, “If you don’t win the gold it’s easy to think that you’ve won nothing, but for our team, for our development and our future, this is a very important medal.”

During the closing ceremony, Sportsmanship Awards – for the players voted on by the others as best exemplifying the spirit of curling – were awarded to Norway’s women’s skip, Maia Ramsfjell and New Zealand’s men’s vice-skip Anton Hood.