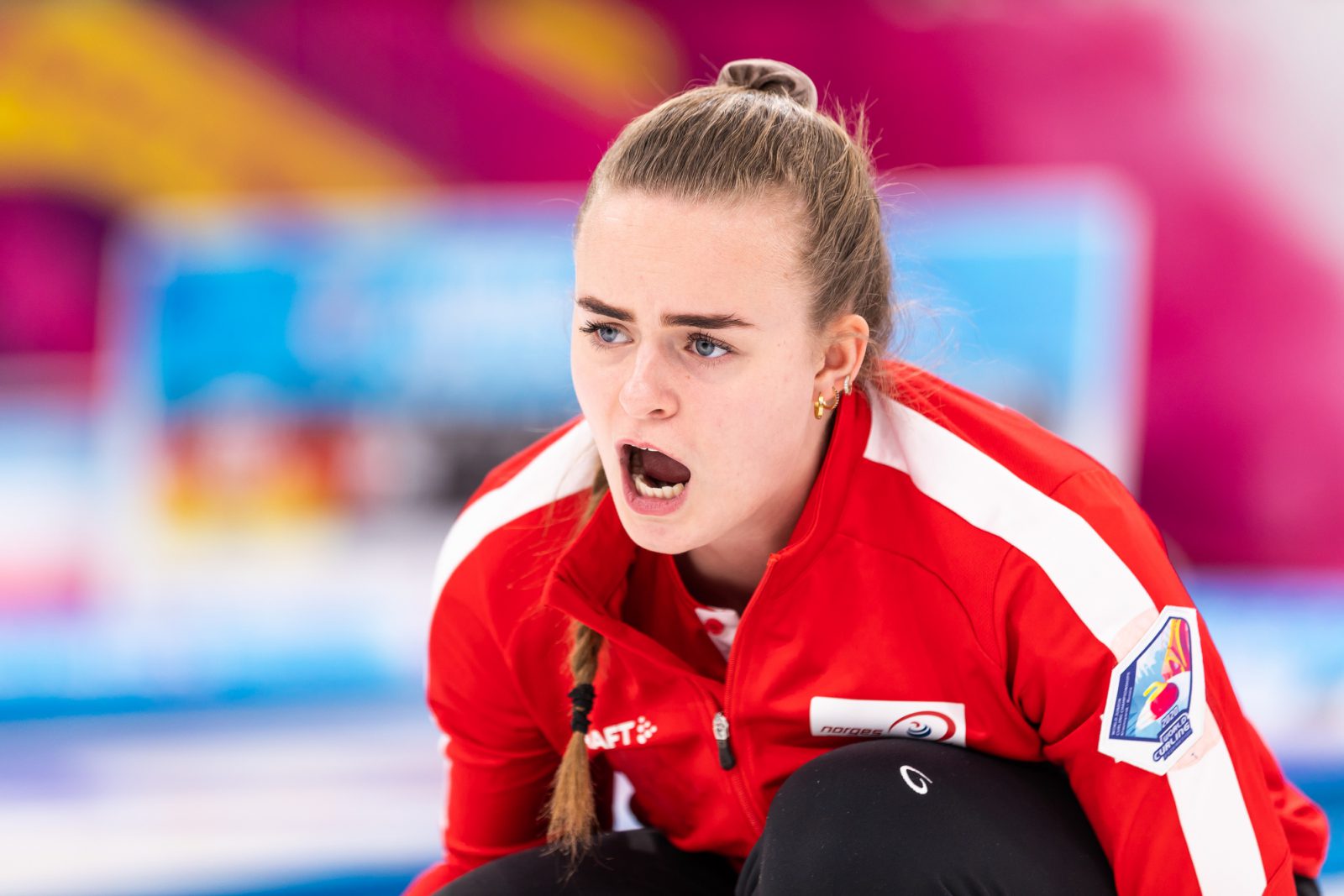 Norway recorded their first win at the World Junior Curling Championships 2020 when they defeated Switzerland, by 8-7, in Monday (17 February) afternoon’s fourth session of women’s round-robin play in the Crystal Ice Arena, Krasnoyarsk, Russia.

Wins for Japan, by 9-2, over Latvia and Korea, by 10-5, over Sweden, kept undefeated records for these two teams as they share top spot.

Norway’s win was all about their second-half performance. After six ends, trailing 2-7, a score of one point in the seventh end started as revival that saw them steal two points in the eighth end, one more point in the ninth end – reducing Switzerland’s lead to 7-6 – then a further two-point steal in the tenth end to put them ahead, at 8-7, for the first time in the game.

This win may be crucial for Norway, who now sit in seventh place, as they chase one of the six direct qualification places available for next year’s championship.

After her win, Norway skip Maia Ramsfjell said, “It was a tough start and I’m really happy that the girls managed to play better in the second half and bring back the win. It’s good for us, but I feel bad for the Swiss team as well. Every game we’ve played so far has been really close, so hopefully, we’ll be able to win our last few games and maybe get a play-off spot.”

It took just six ends for Japan to beat Latvia in this session, thanks largely to a steal of five points for Japan in the second end.

In the fifth end, the final draw into the house by Latvia’s skip Evelina Barone kept all sixteen stones in play, but Latvia only scored a single point to go into the break down by 2-7. Two more points for Japan in the sixth end completed their 9-2 victory.

Korea started strongly against Sweden, scoring two points in the first end and stealing one point in the second end for a 3-0 lead. A further score of four points in the ninth end concluded their 10-5 win.

After this game, Korea skip Minji Kim said, “So far, we’ve been winning, so everyone on the team is happy. We hope to continue winning!”.

Denmark made great use of their last-stone advantage in their game against Hungary, scoring three points in both the third and ninth ends as they emerged as 10-4 winners.

Later, Denmark skip Mathilde Halse said, “The team performed really well – I didn’t play my best but it’s good I have a good team. This is a big stage to be playing well at and we’ve done that for a couple of games now. We have some difficult teams left and nothing is decided yet, but we hope for the best.”

In the fifth game of this session, Canada beat Russia by 9-6 to hand the hosts and defending champions their first defeat. The fourth end transformed this game when Canada scored four points for a 5-2 lead.

Scores of two points in the seventh and ninth ends were enough for Canada to secure the win and move into joint third place with Denmark and Russia, on three wins and one loss each.