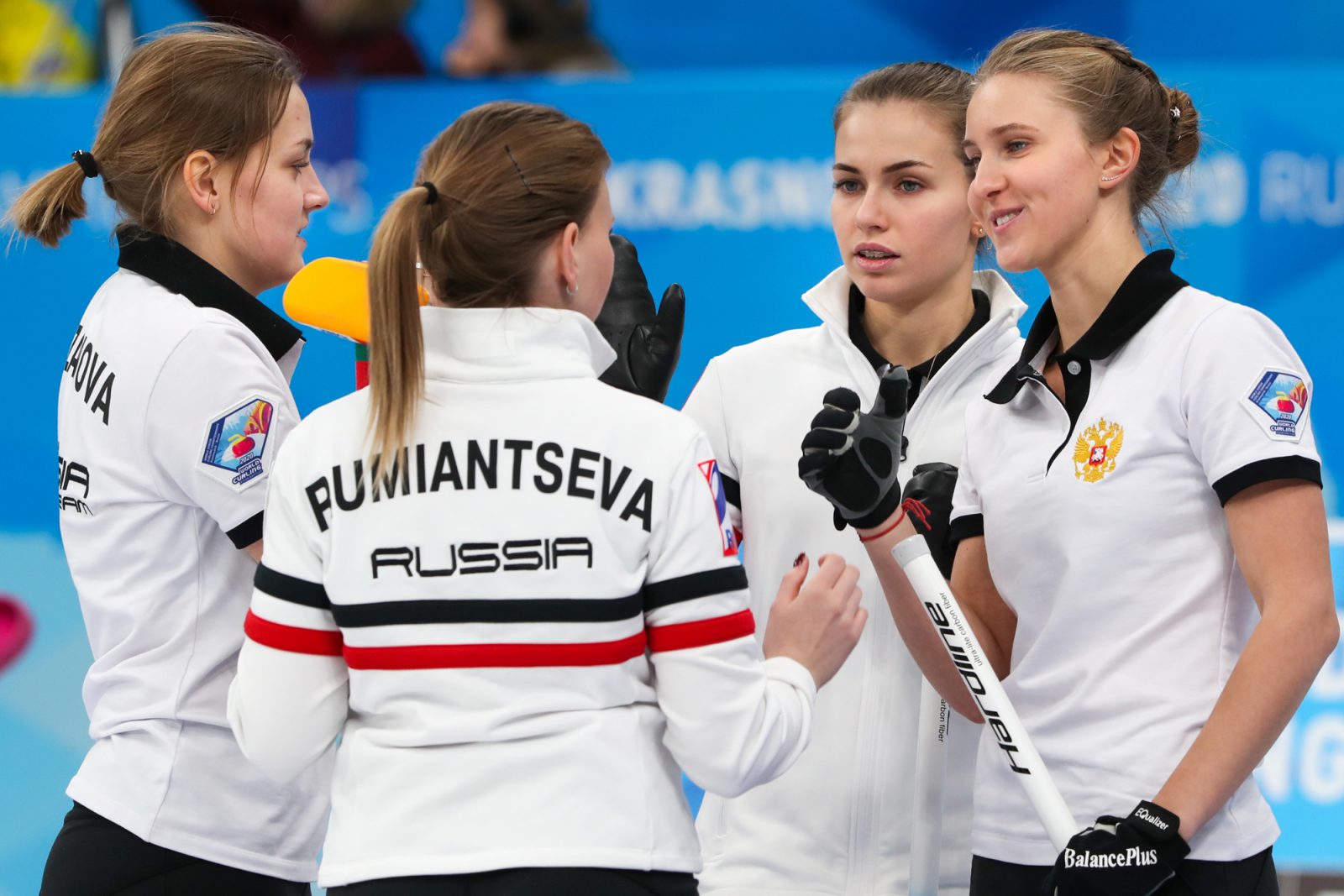 Russia’s 9-3 win over Norway in Thursday (20 February) morning’s second-last session of women’s round-robin play at the World Junior Curling Championships 2020, being staged in the Crystal Ice Arena, Krasnoyarsk, Russia, gave them a place in the semi-finals, alongside previously qualified Korea and Canada.

Russia stole two points in the fifth end, to go into the half-time break ahead by 5-2. They sealed their 9-3 win with a score of four points in the seventh end. This result combined with their draw shot challenge performance, guarantees their place in the semi-final stage.

With one round-robin game left, three teams — Denmark, Japan and Switzerland — are in contention for the semi-finals, with only a single place now remaining.

Afterwards, Russia’s third player Vera Tiuliakova said, “That was a good performance, we won there and so today has started well. Our emotions are really good for the next game – everything’s good, we are quiet, and we are ready for the next game.”

Korea continued their table-topping unbeaten run with a 7-5 win over Japan, which saw them score two points in the tenth end for the victory.

Canada faced Latvia, and both teams used their alternates for this game, with Canada’s Rachel Erickson taking to the ice and Latvia bringing on 11-year-old Leticija Ievina, to become the second-youngest player ever to compete at this event.

Canada stole six points in the second end for a 7-0 lead and they eventually won by 13-2 in just six ends.

Canada now go on to face Korea in their final game in a match-up that will determine the round-robin leader.

After this morning’s game, Canada skip Mackenzie Zacharias said, “We had a really good end [to score six], probably one of the best ends that we’ve played so far here. It was definitely one of our better games we’ve had and that’s really exciting looking forward to playing Korea.”

Switzerland kept themselves in semi-final contention with a 7-4 win over Denmark.

Denmark had last-stone advantage in the tenth end of this game, with the score tied at 4-4, but their skip Mathilde Halse got her angles wrong on an attempted promote shot to give Switzerland a steal of three points and a 7-4 win.

Later, Switzerland skip Selina Witschonke said, “I’m so happy. I was very nervous because we needed that win, otherwise we’d be out. I think we played pretty well. Denmark played really well so it was a tough game.”

Switzerland will now play Latvia in the last round-robin session, a game that will be key in determining not only the final semi-final slot but also who will finish sixth overall to take the last available direct qualification position for next year’s championships.

In the fifth game of the session, Sweden beat Hungary by 9-8 with Sweden skip Emma Moberg drawing her final stone into scoring position for the single point and the win.