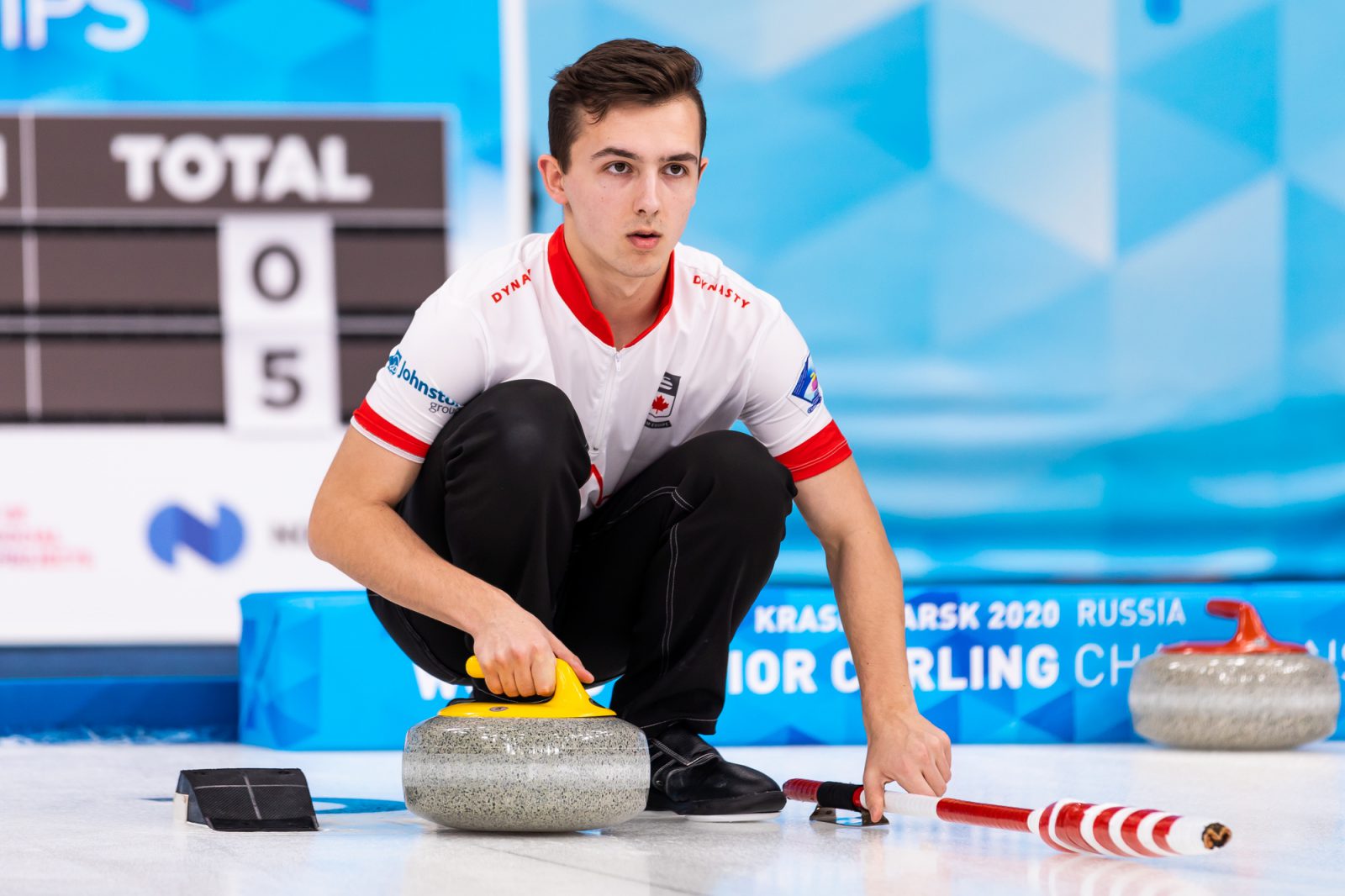 Canada opened with a score of two points in the first end, then stole three points in the second end for a 5-0 lead. After this, a further single-point score by Canada in the sixth end for 8-3 was enough to persuade Sweden to concede.

After the game, Canada skip Jacques Gauthier said, “We had a good start, they had one uncharacteristic miss and we made every shot after that. We kept the pressure on and got some breaks, it kind of went all right for us tonight.”

Elsewhere, Germany carved out their second win so far with a 7-2 victory over New Zealand.  Although they were 2-0 ahead at the time, the New Zealanders could not recover from a score of three points by Germany in the third end, followed up by two single-point steals in the next two ends to give the Germans a 5-2 half-time lead, from which they never looked back.

After the game German skip Sixten Totzek said, “We started great, we forced them to one and had good team performance, much better than before. We had the ice under control and we had better communication and great line-calling.”

This win puts Germany in joint top spot along with United States, who had an 8-3 win over Norway. In this game, the tide turned in the Americans’ favour through a steal of three points in the fourth end and a further single-point steal in the fifth, for a 7-2 halfway lead on their way to victory.

Hosts Russia had their first win so far in this session, beating Scotland by 8-5 in a game that saw the lead change hands four times.

Russia sealed their win with a score of two points in the seventh end to re-take the lead at 6-5, then followed this with single-point steals in each of the eighth and ninth ends before running the Scots out of stones in the tenth end for their win.

After their first win Russia skip Andrey Dudov said, “It was a really tough game until basically the very last shot. With two games today and the opening ceremonies, we are a bit tired.”  He added, “I’m really delighted to play in front of our own crowd. We feel their support with the clapping and the cheering. We’re really thankful.”

In the fifth game of the session, Switzerland recorded their first win, beating Italy by 8-3 – a win topped off by a score of four points in the ninth end.