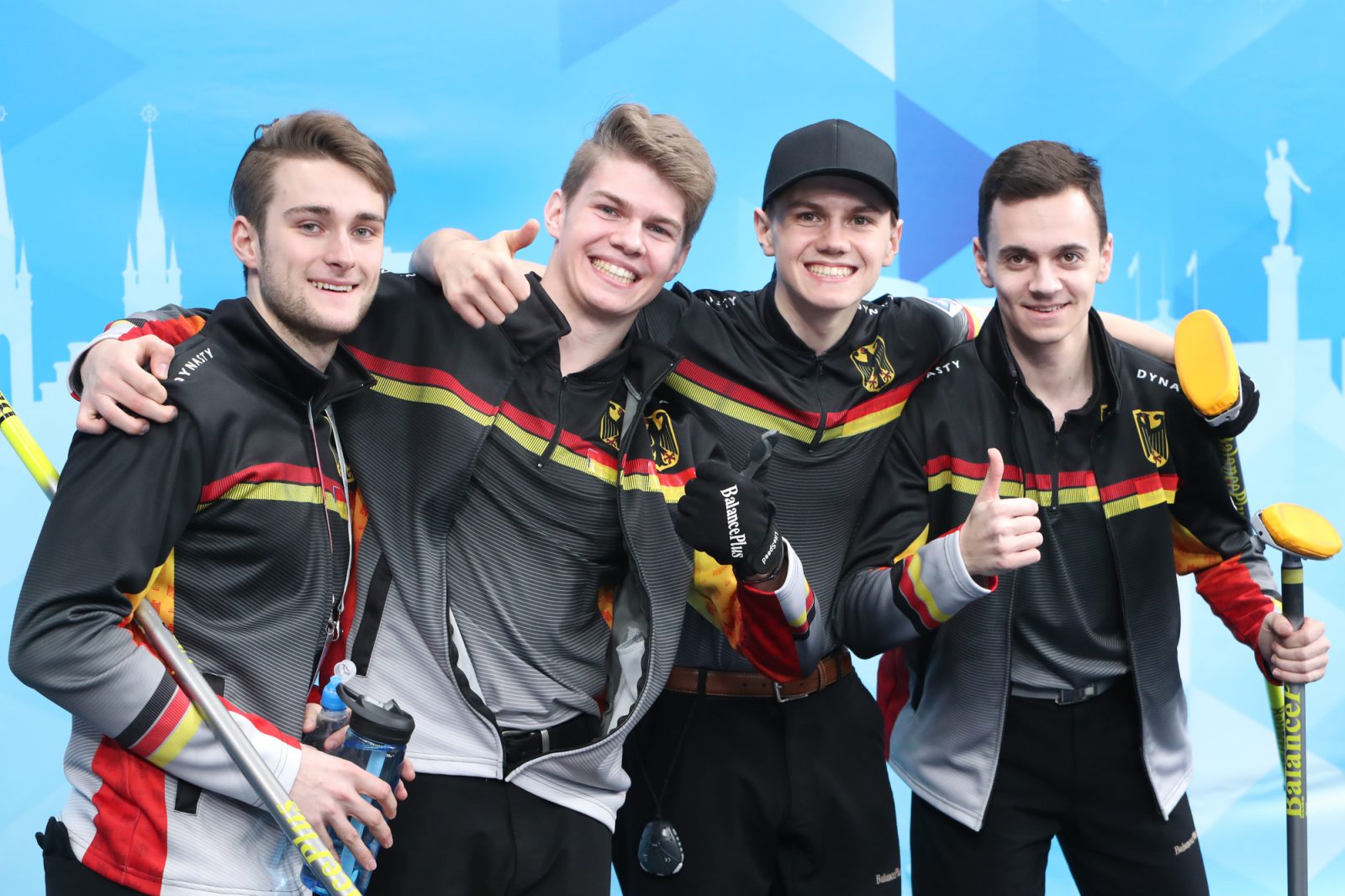 Canada beat New Zealand, by 7-1, while Germany had a 10-6 win over Russia in Tuesday (18 February) afternoon’s sixth session of men’s round-robin play at the World Junior Curling Championships 2020, in the Crystal Ice Arena, Krasnoyarsk, Russia.

With these wins, both teams stay locked together at the top of the rankings, now on five wins and one loss each. With three more round-robin sessions to play, they remain favourites to make the weekend play-offs.

Against New Zealand, Canada scored three points in the fifth end for a 5-1 lead at the halfway break. After this, single-point steals by Canada in the sixth and seventh ends were enough to persuade the New Zealanders to concede.

Canada skip Jacques Gauthier reflected afterwards, “The week is long, we’ve still got lots of games left to play. It’s nice to show that we deserve to be here. There are still lots of games left, we have a tough schedule coming up, so we hope to ride that momentum into our next games.”

Germany’s win against Russia depended on a strong second-half performance. Russia were 5-3 ahead after seven ends, but in the eighth end, Germany’s skip Sixten Totzek brought his last stone around cover to tap out a Russian counter and transform the game with a score of four points to take a 7-5 lead.

Germany followed that up with a score of three points in the tenth end for the 10-6 win that keeps their play-off ambitions on track.

Scotland had a 7-2 win over Norway — a game that featured three successive steals by the Scots — while Sweden beat Italy by 5-4. These two teams now share third spot, on four wins and two losses each.

After this fourth win in a row, Scotland’s skip James Craik said, “We’re in the mix. That was obviously our target and it’s nice to be there.” Scotland lead Niall Ryder added, “We had a really strong performance there. A few things went our way, we adapted to the ice well, and we got the play going our way.”

Sweden had a strong start in their game against Italy, leading by 4-0 after three ends.

Although Italy closed to within one point with a score of two points in the ninth end, Sweden skip Daniel Magnusson cleared the house with his last stone of the tenth end, to record a 5-4 win.

Switzerland beat United States, by 7-4, in the fifth game of the session. With only the top six teams at the end of the round-robin qualifying directly for next year’s championships, this result puts the Swiss into a three-way tie for fifth place with New Zealand and Russia.