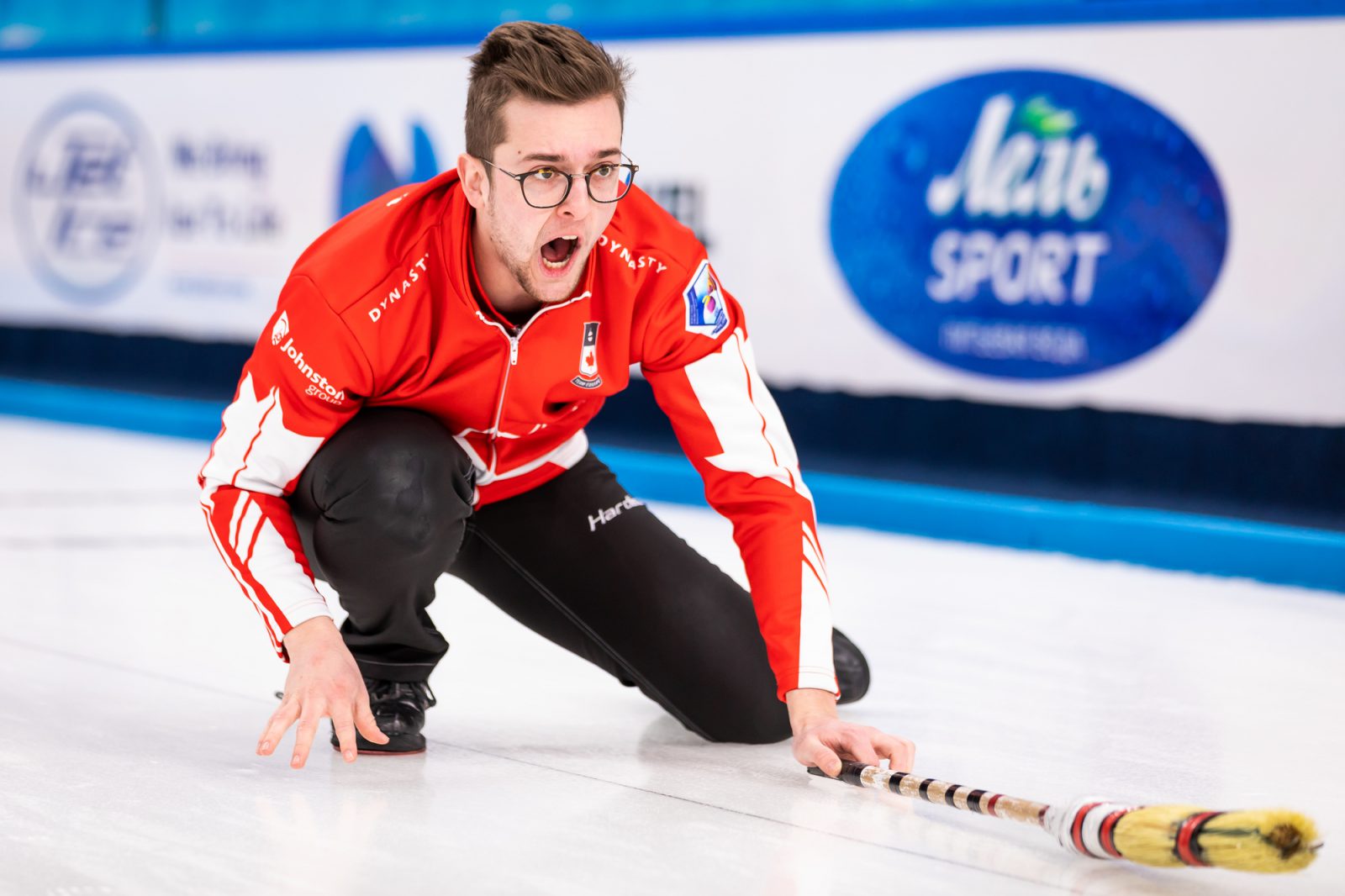 Canada has taken over the top spot in the standings as they beat Germany 8-5 in Wednesday (19 February) morning’s sixth session of men’s round-robin play at the World Junior Curling Championships 2020 in the Crystal Ice Arena, Krasnoyarsk, Russia to hold a record of 6-1.

Canada scored three points in the fourth and sixth ends to come out on top of Germany, who now hold a 5-2 record, tied in second place with Scotland and Sweden.

United States made a comeback this morning with an 8-7 victory over Italy. It was a close game, but with a score of three points in the ninth end, United States came out on top and improved their record to 3-4, while Italy sits at 1-6.

United States skip, Luc Violette, commented after the game saying, “Obviously, our backs are against the wall. We need a win, but I think just getting that one win after a huge slide helps.”

In another tight game, Russia was victorious over Norway, by a score of 8-7. After giving up two single-point steals in the third and fourth ends, Russia bounced back with three points in the fifth end to lead 4-3 at the break on the way to their win.

Scotland beat Switzerland 7-2, after starting off strong, scoring four points in the first two ends. The Scots are tied for second place in the standings with a 5-2 record while Switzerland sit in a three-way tie for sixth place with their record of 3-4.

Scottish skip, James Craik remarked, “I think we had a very clinical performance, we managed to execute when maybe they had a slight error, but it was very back and forth for the majority of the time.”

Sweden improved their record to 5-2 with a win over New Zealand, who are now at 3-4 alongside United States and Switzerland. Handshakes were forced after the ninth end when Sweden stole a single point to overcome the New Zealanders, by 6-2.

Daniel Magnusson, skip of Sweden spoke in anticipation of their game tonight saying, “We’ll be facing Germany next, so hopefully we can beat them and get ready for playoffs.”