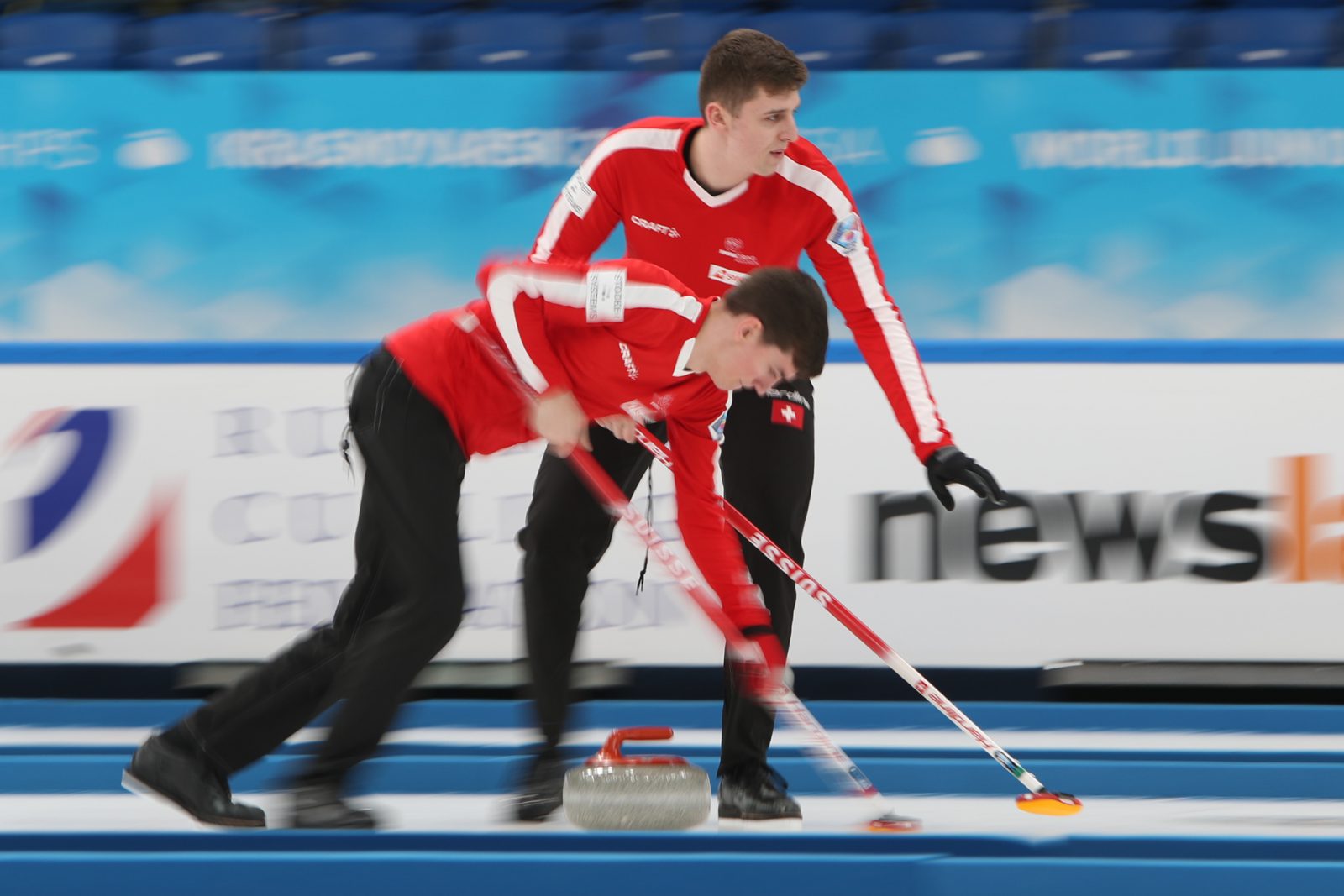 The Swiss men came out victorious over the Scots with a win of 9-6. In the sixth end, Switzerland made a difficult double take-out to score three points. Two ends later, they scored another three points after making a light-weight tap-back, to take a 7-4 lead.

Scotland kept the game close, scoring two points in the third and ninth ends to make the score 7-6 for Switzerland going into the tenth end.

In that tenth end, Switzerland’s fourth player, Yves Stocker, was left with an open take-out to pick up the single point, giving Switzerland the victory that sent them to the gold medal game to face Canada.

Stocker commented after the game saying, “I haven’t realised it yet, but I’m really happy we won this game to have the chance to play for the World Junior Championships. We’re going to get some sleep, and of course eat some good stuff to get energy, and be ready for tomorrow.”

Canada will be opposing Switzerland for the gold medals after beating Germany, by 7-4, in the other semi-final game.

After six ends, the score was tied 3-3. Then, in the seventh end, Canada’s last stone caught a guard and promoted a German stone onto the button, giving Germany a steal of one point.

Canada came back and went on to score two points in each of the eighth and tenth ends. Germany had last stone in the tenth end, but Canada put the pressure on by guarding the button with multiple stones.

Germany’s last shot ticked the wrong stone first, giving up a steal of two points and sealed the 7-4 win for Canada.

Canada skip, Jacques Gauthier spoke following their win saying, “Wow, I’m speechless. That was one of the best-played games I’ve ever been a part of from both sides. Anything can happen in ten, and things went our way.”

Canada and Switzerland will square off for the gold medal on Saturday morning at 09:00 Krasnoyarsk Time (UTC +7), while Germany and Scotland will battle for the bronze medal at the same time.

World Curling TV will broadcast the men’s gold medal game on the World Curling YouTube channel worldwide, and on Match TV in Russia.