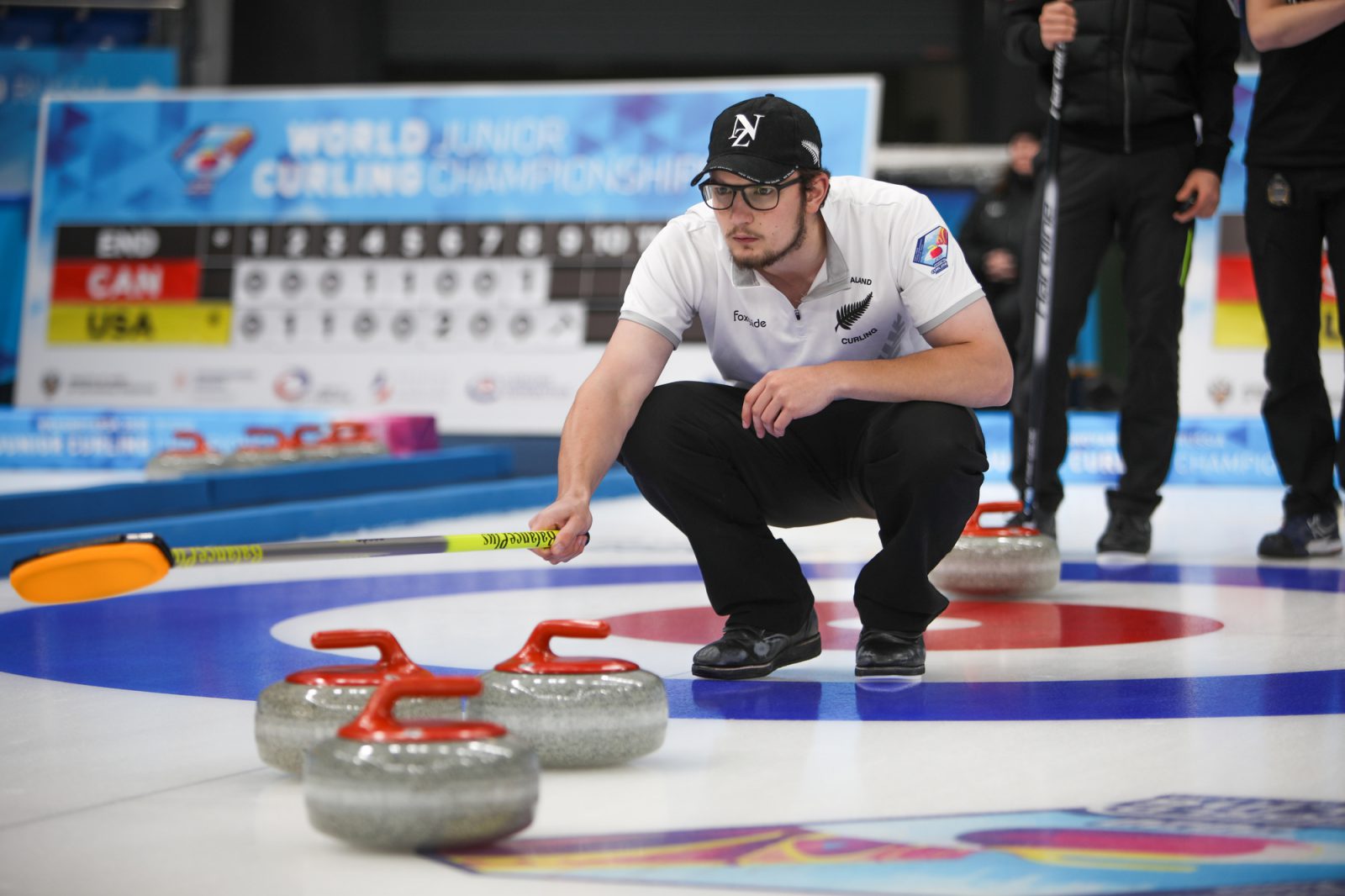 In Saturday (15 February) morning’s first session of men’s round-robin play at the World Junior Curling Championships 2020, taking place in Krasnoyarsk’s Crystal Ice Arena, the Russian hosts battled back from being 1-5 down to New Zealand after three ends, to level the game at 7-7 and force an extra end.

The Russians, who had made a tactical team substitution after three ends, had last stone advantage in this end, but their final draw caught a guard to give New Zealand a steal of one point for an 8-7 opening victory.

After his team’s opening win, New Zealand skip Matt Neilson admitted, “That was a bit of a rough one to be fair. We had a bit of nerves, but we seemed to be able to control it. They [Russia] changed who was calling the game and after that, they started to play really well.  But as a team we’re quite strong in coming back and keeping our heads up, no matter what the score is. It’s one [win] on the scoreboard and that’s what’s key.”

The game between Italy and Scotland also went to an extra end and this game too was also won with a single-point steal. This time Scotland skip James Craik was too strong with his final draw, giving Italy the one point needed from the end for a 5-4 win.

Italy skip Giacomo Colli said afterwards, “We got some momentum going in the last four ends. They were really intense and we were able to score the tenth end and steal in the extra end”.

This session also featured a North American rivalry between defending champions Canada and United States, and it was the Americans who took an early 2-0 lead after three ends before going on to emerge as 5-4 winners.

After this game, United States skip, Luc Violette said, “We’re pretty happy with the game, we had a really good feel of the ice and good team chemistry. We had a lot of fun out there, made a lot of shots. It wasn’t perfect but I think more than anything we got a really good read on the ice.”

Elsewhere in the session, Germany scored four points in the fourth end to take a 4-2 lead in their game against Norway, before going on to win by 7-5.

While, in the fifth game of the session, Sweden opened with a 7-3 win over Switzerland, sealing their victory with single-point steals in the eighth and ninth ends.