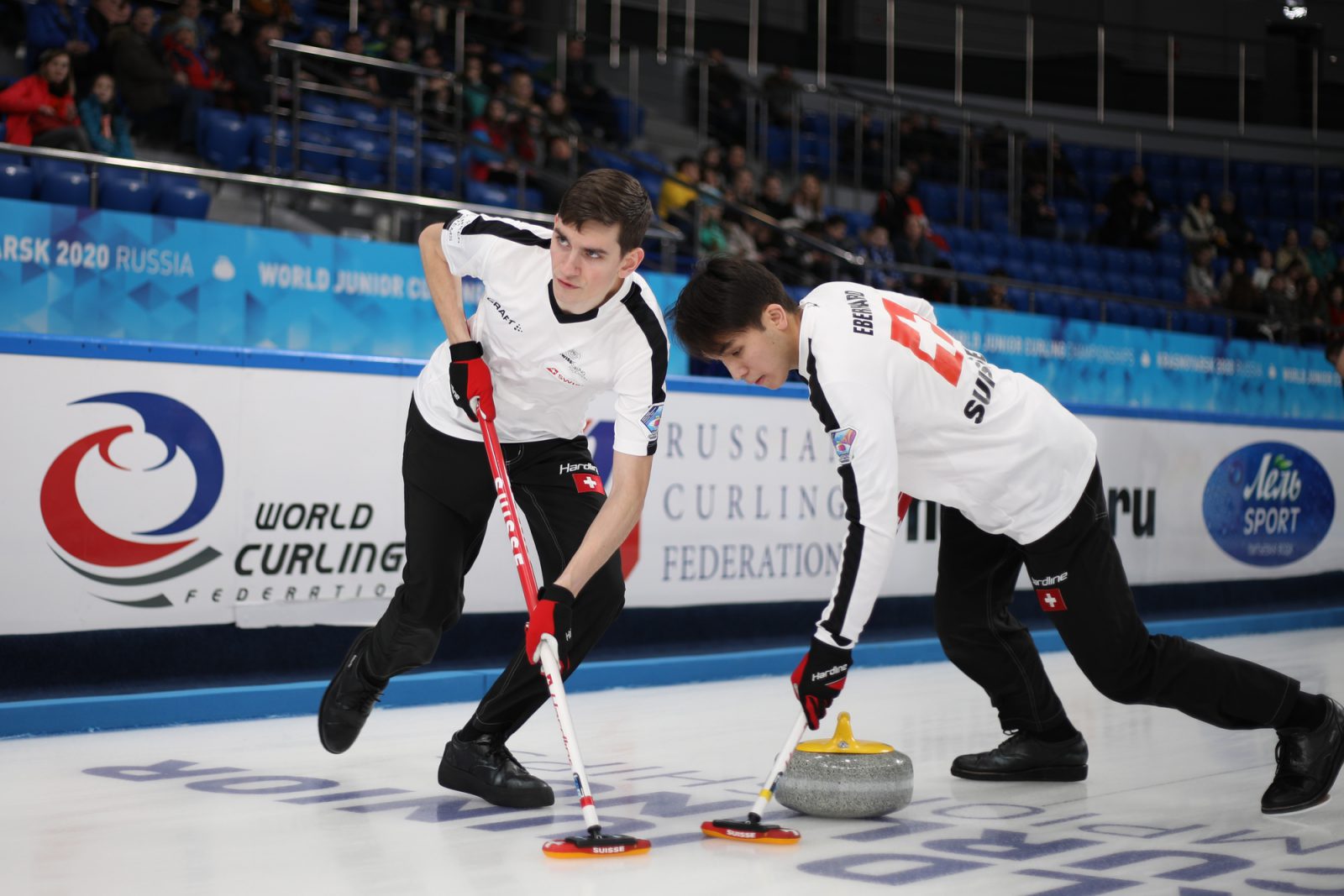 They now face Scotland, who beat Canada by 6-5 to top the rankings, while Canada, who had also already qualified, face Germany in the other semi-final.

In the game between Switzerland and Germany, Switzerland took a 5-2 lead into the break. They added to their lead in the sixth end when Germany skip Sixten Totzek tried to remove four Swiss stones but left one, giving Switzerland a steal of one point to make the score 6-2.  Switzerland had a further single-point steal in the seventh end on the way to their win.

Afterwards, Switzerland’s Yves Stocker said, “That was very important for us, if we lost that, we could be out. It was a very exciting game and we didn’t really think too much about it beforehand. We just decided to try to play it like any other game and do our best curling and win the game. We’re really happy that we managed that.”

The game between Canada and Scotland would decide which of them finished the round-robin in top position. In the sixth end, with the score tied at 2-2, Scotland’s skip James Craik came up short with his final draw to hand Canada a steal of one point and a 3-2 lead.

The game eventually went to an extra end after Canada’s Jacques Gauthier played a precision double take-out to score two points in the tenth end and level the score at 5-5.

In the extra end, Scotland’s Craik sealed the 6-5 win and top spot with a straightforward draw.

Later, Craik said, “Our target was to make the play-offs and we’ve done that, so we’re super-happy. We obviously thought play-offs was an option, but topping the board, that’s very nice. At this stage, I think anyone can beat anyone. We know Switzerland is a great team and we know we’re going to have to come out fighting in the semi-final to get into that final.”

Russia beat Sweden by 6-4, and this result meant that, while neither of them made the semi-finals, they finished fifth [Sweden] and sixth [Russia] to take the last two direct qualifying slots for next year’s championship.

United States beat New Zealand by 8-2, meaning that these two teams finished seventh and eighth, and are relegated to the World Junior-B Curling Championships 2021 taking place next year.

In the fifth game of the session, Norway beat Italy by 7-3 to record their first win of the event. Italy now rank ninth while Norway finished tenth and these two teams are also destined for next year’s World Junior-B championship.

After this win, Norway skip Eirik Oey said, “It feels very good, it’s unfortunate that it came in the last game. But we kept our spirits up this week and played very well.”