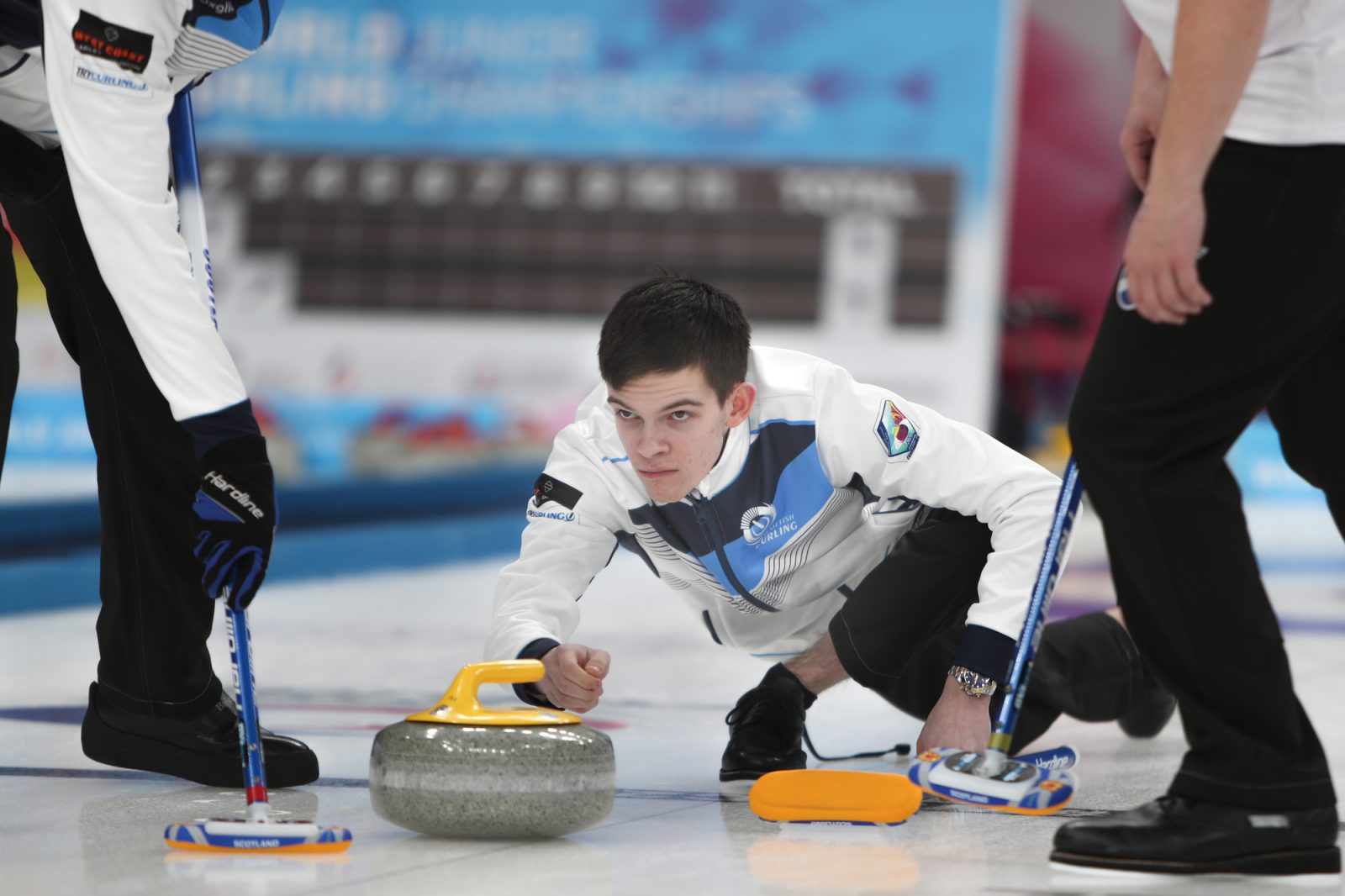 Canada faced hosts Russia in what was a low-scoring game, with the Canadians scoring one point in the third end for the only point of the first half.

In the sixth end, Russia’s fourth player, Andrey Dudov, hit out a Canadian stone but rolled too far, giving Canada a steal of two points and a 3-0 lead on the way to a 6-1 victory.

With seven wins, Canada currently sit at the top of the table.

After their seventh win in a row, Canadian skip Jacques Gauthier said, “They made an uncharacteristic mistake [in the sixth end] and we just took advantage of that and never looked back. Even out of his hand I thought he was perfect, but we got a break there.”

Germany faced Sweden and in a game that lasted only six ends, they had steals in the fourth, fifth and sixth ends to win by 8-2.

Later, German skip Sixten Totzek said, “We put a lot of pressure on them. There’s always room to be better, but today was a good performance, one of the best of the week, that’s why it will be difficult to be better in the future games.”

It took all the way to an extra end of their game against United States before Scotland emerged as 8-7 winners and secured their place in the semi-finals.

In the tenth end, United States skip, Luc Violette, had an open draw for the two points that would give his team victory. However, he came up short of the house to score only one point, tie the game at 7-7, and force the extra end.

In that eleventh end, Scotland made no mistake and skip James Craik was able to draw into the four-foot ring for the single point, the 8-7 win and a place in the semi-final line-up.

After the game, an elated Craik said, “We’re resilient, I think we showed that all through this week. We started pretty shaky and now we’ve just managed to hang in another game and convert it into a play-off spot, so we’re over the moon.”

For his part, United States skip Violette said, “I have no-one to blame but myself. I’m never going to get a chance at a world championship and that’s a hard one to swallow. I’m sure that shot’s going to haunt me for the rest of my life.”

In the other games of this session, Italy beat New Zealand, by 7-5, for what was their second win while Switzerland had a 6-3 victory over Norway to put them in joint fifth place and leave Norway still without a win.