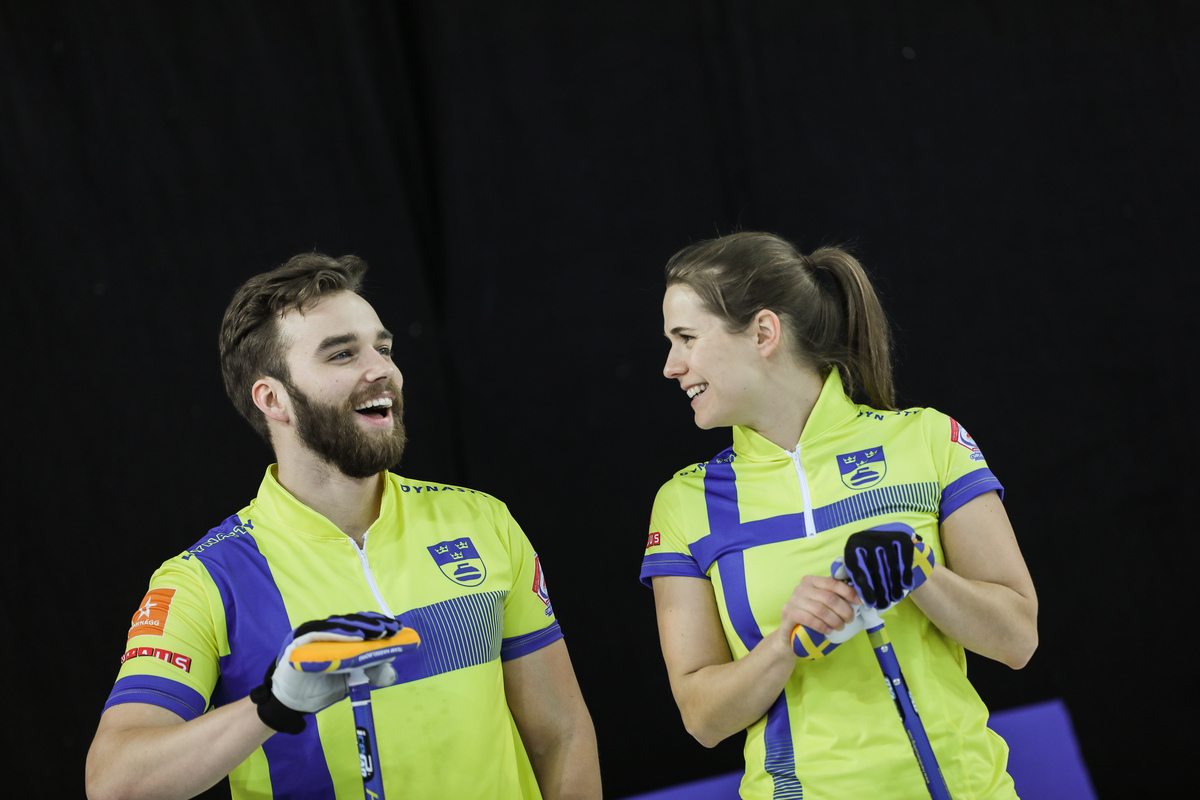 Sweden turned up with a powerhouse duo in Anna Hasselborg and Oskar Eriksson in order to win their first title at the World Mixed Doubles Curling Championship 2019 in Stavanger, Norway.

The two combined have a Thanos-like level of threat and duly delivered on their hype, losing one match in the tournament to Canada in a tough pool A before winning the rematch in the final.

Despite their natural success in mixed doubles, they’re more well-known as the skip and the third on two of Sweden’s greatest teams: Anna Hasselborg and Niklas Edin.

Hasselborg has been a late bloomer, first appearing at the Europeans at 25 and has won gold or silver in her four appearances since her debut. She’s also been to three world championships where she has two silvers to her name. Lastly, her team won the Olympic Winter Games 2018 in PyeongChang at the first time of asking – a feat that Niklas Edin’s rink is yet to fulfil.

And yet the magic between these two long-life friends on ice is something to still marvel at. There are sibling duos and married couples who have competed in the World Mixed Doubles Curling Championships who don’t seem to have the judgement or the unspoken understanding that lies with these two. And it goes back to times before there were fears of a Millennium bug.

“We started to play at the same time in the late nineties, said Oskar, “We started competing at under 16 level when both of us were very young when we were around ten years old.”

“Then we went to the curling academy together.”

“Anna’s two years older and she was in her last year and I started my first year so we spent a year together with around 15 other kids and we just hung out a lot there and got to know each other better.”

The bubble that comes with being a talented young athlete was mutually beneficial as both competed at the same championships and grew a friendship. Yet, the partnership, much like most of their mixed doubles decisions, was spontaneous.

“I’ve played the Swedish championships with my brother way back for fun when the mixed doubles first existed,” said Anna, “I experienced a lot in mixed doubles with Oskar who also hadn’t played a lot before.”

“The first time we tried it together was back in 2013,” said Oskar, “We spoke to each other and wanted to try it for fun and it was the Swedish championships in Karlstad, my home town.”

And to hear that they won their debut championships together was no surprise. Although, being a top player doesn’t guarantee that level of success in a two-person team.

“It’s very important to trust in mixed doubles and know that the other person can make that shot and read the ice instead of having one person that’s the boss and we also have a lot of fun as well, said Oskar.

After winning the Swedish championships for a fourth time, they finally saw an opportunity to try out at their first World Mixed Doubles Championships, having only had two international matches prior to that at the Continental Cup.

Speaking of their preparation, it feels comparable to someone rolling out of bed and running a marathon ten minutes later. Their gold medal comes off the back of one day’s training together in Karlstad in Sweden with their coaches.

“There was basically no time for us after we played the Grand Slam in Toronto,” said Oskar, “We only had three days at home before going to Norway, so we had one practice day here in Karlstad.”

Anna travelled from Stockholm and the two played a couple of ends against their coaches Alison Kreviazuk and Frederik Lindberg. Making it out of their pool and defeating New Zealand, Czech Republic and Australia on their way to the final, it set up a rematch with the only team to defeat them – Canada.

“We knew that we could win but we didn’t know what to expect,” said Anna, “We knew we’d have some tough games with our pool being tough so it was a big deal just coming out of that.”

“The final was great and it was good to have it come down to the last rock.”

“We were really short on time too, but Oskar gave me a lot of confidence making it and swept it perfectly.”

Short on time is an understatement – there were only six seconds left in the match when the last stone was thrown with the match drawn at 5-5. Without any timeouts left, Hasselborg’s final stone turned from a two-point Canadian gain to a Swedish win as it snuck in behind the guard and tucked itself right into the centre of the house, giving them a 6-5 victory – revenge for their defeat in the pool.

“The week was really cool,” said Anna, “It was something that I will cherish for the rest of my career because it was something different from what I was used to and it was such a big event with 48 nations.

“You had so many new nations in the curling world that were happy just being there and showed the true spirit of curling.”

“I was really touched and it was cool to be a part of that and be in the locker room with the other female players and getting to meet people that I would usually not meet at events that I go to.”

More than their chemistry, they grant their success down to simply, keeping it simple.

“Over the years we have seen people play mixed doubles and realised a lot of teams are trying too hard and we just play a simple game,” said Oskar, “A lot of teams try to freeze and bump, almost forgetting they only have five shots.

Yet they have a laid back approach to mixed doubles. Things are organised last-minute and never interrupt the team competitions which are always first priority.

But for once, their plans for mixed doubles is clear, they will not defend their title at the World Mixed Doubles Championship 2020 in Kelowna, Canada.

Anna announced in January that she is pregnant and although she’ll look to strike gold at the Women’s World Championships in March many months into her pregnancy, anything past that seems like a stretch.

Happy to bring this kind, intelligent and handsome guy’s genes in to the world. June 2020 ❤️

And although the absence of the reigning champions in this year’s championships is disappointing, it’s clear that mixed doubles competitions are growing more popular with traditionally high-end team players.

And yet Oskar summarises his and Anna’s relaxed stance towards their mixed doubles career in a single sentence: “If we feel like playing it, we’ll do it.” 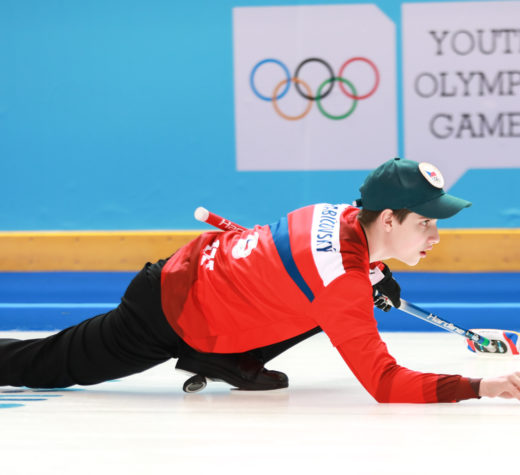 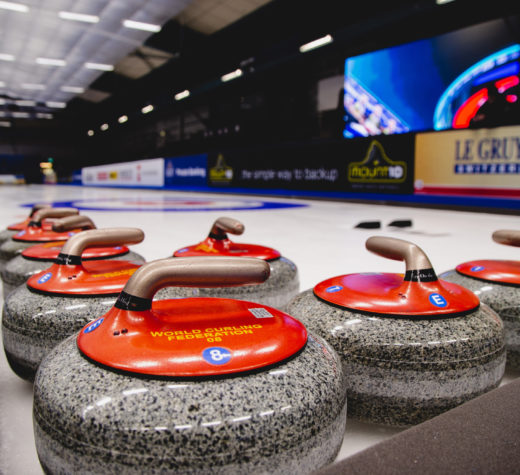 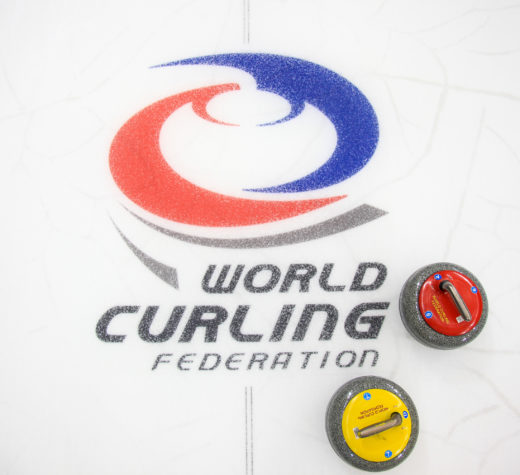