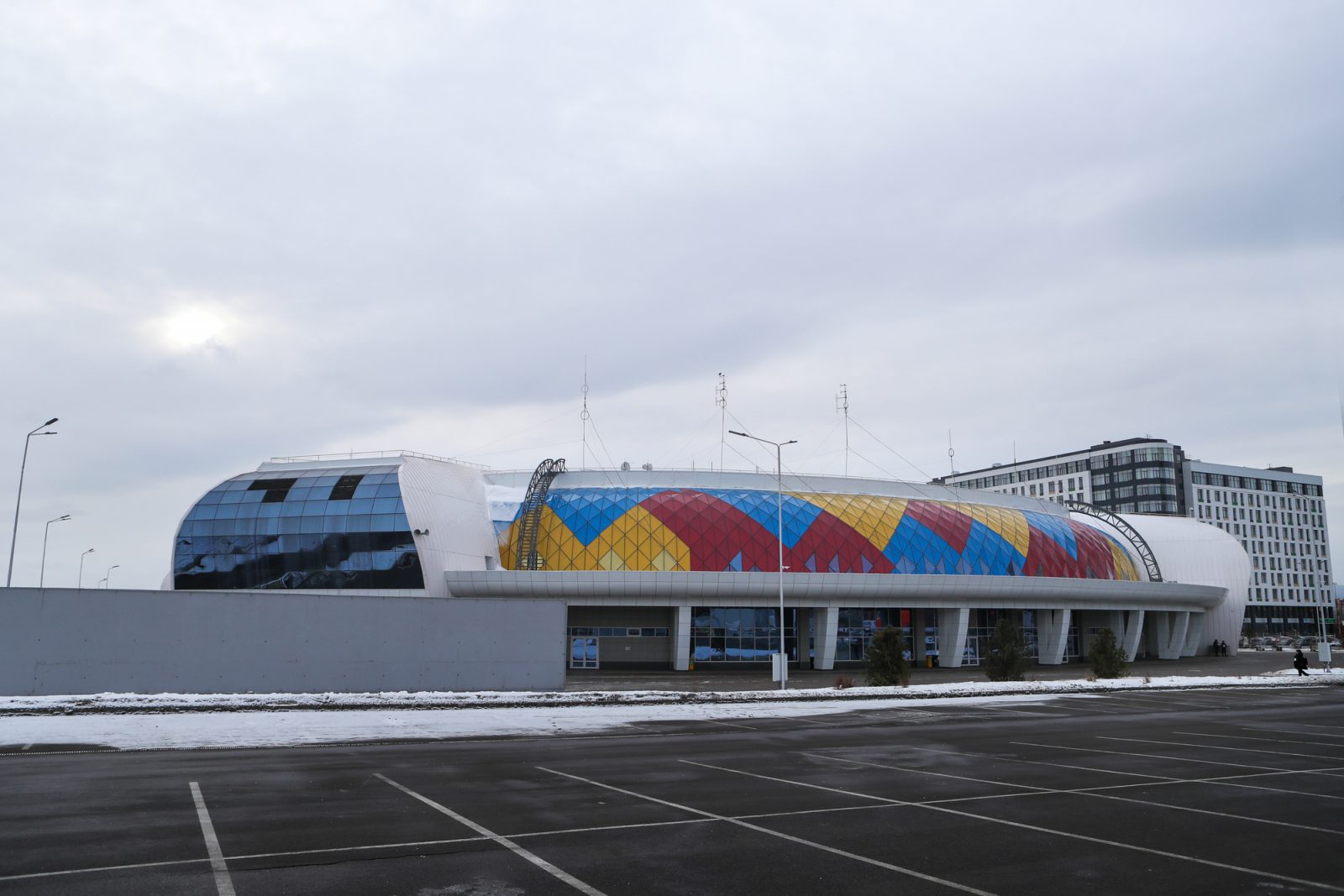 The curling has been exciting to watch thus far so the crowds are lively, as folks at home can probably tell from the TV broadcasts. What they might not know however, is that there is also a great deal of liveliness outside of the ice with interactive activities, lounging zones, and more.

Near the facility’s cafeteria is a sweeping simulator where people can use actual brooms with weight and speed sensor technology to sweep a computer-generated stone into a house displayed on a screen. Following a three-second countdown, participants are encouraged to hurry hard and race to get their stone onto the button before their opponent. The Sports Media Trainees accepted the challenge and were surprised at how accurately it simulated real sweeping, as well as how much effort it took to get the stone to the other end.

Another fun activity is the table curling. Here, people get to slide miniature stones along a slippery table towards a house in the hopes of landing on the button. For those who know the game “shuffleboard”, this is a similar game, but with larger stones. When they aren’t cheering on their favourite team, fans can have a go at their own curling game.

For those who don’t want to break a sweat, there are some neat photo-ops dispersed outside the facility’s spectator entrances including a large cardboard picture of three curlers with the faces cut out for spectators to poke their heads through. This is perfect for people with a “let’s not and say we did” mentality because you don’t have to lift a finger, but you get a picture to show your friends and family your “attempt” at curling. Of course, the smaller generations always love these kinds of scenes too – so do the World Curling trainees and media team.

If you want a more realistic picture, there is a floor mat resembling a curling house equipped with a real rock and broom for spectators to get a virtual action shot in front of the arena backdrop. This is a great opportunity to snap a picture of your best curling form in action.

Located around the corner from the cafeteria is a comfy seating area where people can relax in colourful bean bag chairs. There is also a TV by the chairs where people can play a variety of video games. This zone is especially great for those who need a short break from the chilly spectator stands and for the younger ones who need some play time in between watching the curling.

Anyone who has ever attended a curling championship knows that they aren’t possible without the help of volunteers. Here at the World Juniors, there are a few hundred volunteers dispersed throughout the arena. They have been great at helping people find their way through this large facility, answering questions, and keeping everything in order. With their purple and yellow attire, they are also very easy to find.

Over the past few days of competition, there have been an impressive number of spectators cheering on their junior national representatives. While the Russian supporters do make up most of the crowd, there are also fans from many of the other nations, displaying their flags on the stands and in their attire, as well as chanting for their country.

The Russian enthusiasts have added even more energy to the arena, waving small flags, wearing foldable paper hats, gesturing with giant pink fuzzy paw-hands, and cheering for great shot-making. One can only imagine if the arena is this lively now, what it will look like as the week progresses.