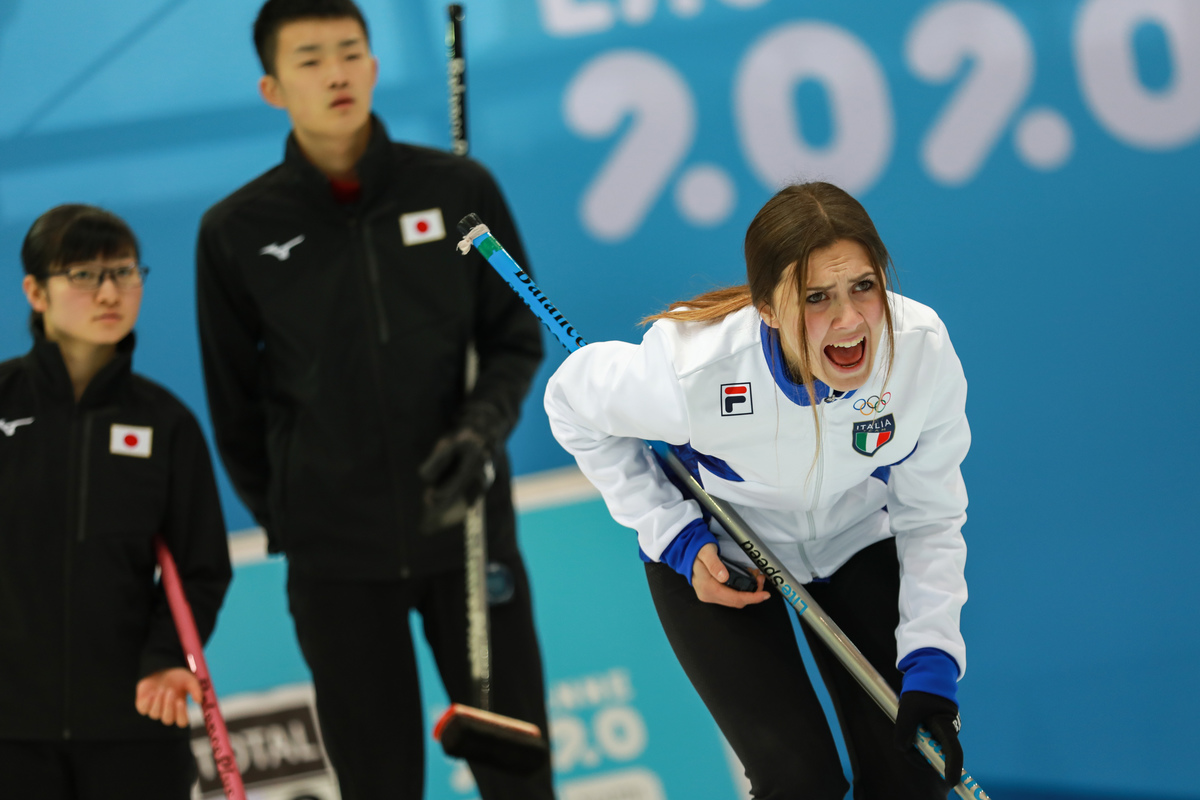 The penultimate day of round robin at the Youth Olympic Games mixed competition in Champery, Switzerland got underway on Monday morning (13 January). Being staged at the Champery Curling Area, surrounded by the stunning Swiss Alps, session ten was played.

One game from Group B took to the ice, while all six teams from Group D competed as well. On Wednesday (15 January) the top two teams from each group will play in the quarter-finals at 10:00. All times are Central European Time (CET), which is one hour ahead of Universal Coordinated Time.

Denmark took on hosts, Switzerland to begin the session. In the fourth end, Denmark tied the game, 3-3, when Swiss skip, Jan Iseli missed a raise take-out for two points, resulting in a steal for the Danes. In the fifth end, Switzerland scored two points when they drew their stone into an open house to go up 5-3. In the eighth end, Switzerland had a one point lead and the last stone advantage. On the last shot, Switzerland needed to maneuver through a tight port to reach the button. The sweepers judged the stone perfectly, and Switzerland secured their point to win the game, 6-4. With this, the Swiss remain undefeated and advance to the quarter-finals in front of a delighted Swiss crowd.

First, Czech Republic played United States, both with a one win, two loss record prior to the game. Czech Republic led 6-3 in the final end, and Czech skip, Vit Chabicovsky ran the Americans out of stones with a take-out to win, 6-4.

Third for Czech Republic, Zuzana Prazakova, commented on the game, “Today, we were better than them, and we played more good shots than in the previous game, so that’s the difference. Against Italy, it will be difficult, but if we play good, we will win.”

Latvia, in search of their first victory, met Sweden in this session. Latvia scored three points in fifth and then stole three in the sixth after Sweden hit and rolled out on a take-out. In the eighth end, with Latvia leading by two points and having the last stone advantage, faced a draw against four Swedish stones on the last shot. The Latvian skip, Ricards Vonda, was light on his final draw, resulting in a steal of four points and a win for the Swedes, 9-7.

Finally, Japan played undefeated Italy for a chance to top the group. Italy hit against two points in the third end to score a single and go up, 3-2. Italy had a draw to the eight-foot for three points in the fifth end, after Japan ticked off guard on a draw attempt to the button. But, the stone slid too far and Italy only scored two. In the eighth end, Italy had a chance to win when Italy fourth thrower, Francesco De Zanna flashed his take-out, giving Japan the chance to draw to an open house and tie the game, 6-6.

“I was thinking that it was only a hit for nose and a win, but I threw too fast and it curls not so much, and I didn’t take it. But I was ready for the extra end with the last stone,” said Italy fourth player Francesco De Zanna.

In the extra end, De Zanna picked out a Japanese stone to win, 7-6 and qualify for the quarter-finals with an undefeated record. Despite the loss, Japan also qualified for the play-offs with their 3-1 record.

“We are very excited!” said Italy skip, Marta Lo Deserto. “We are very happy for the qualification!” 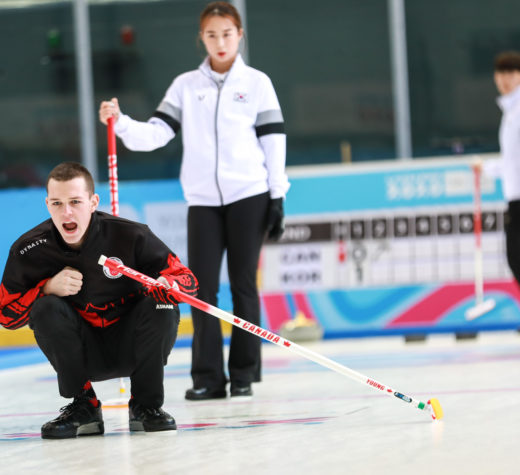