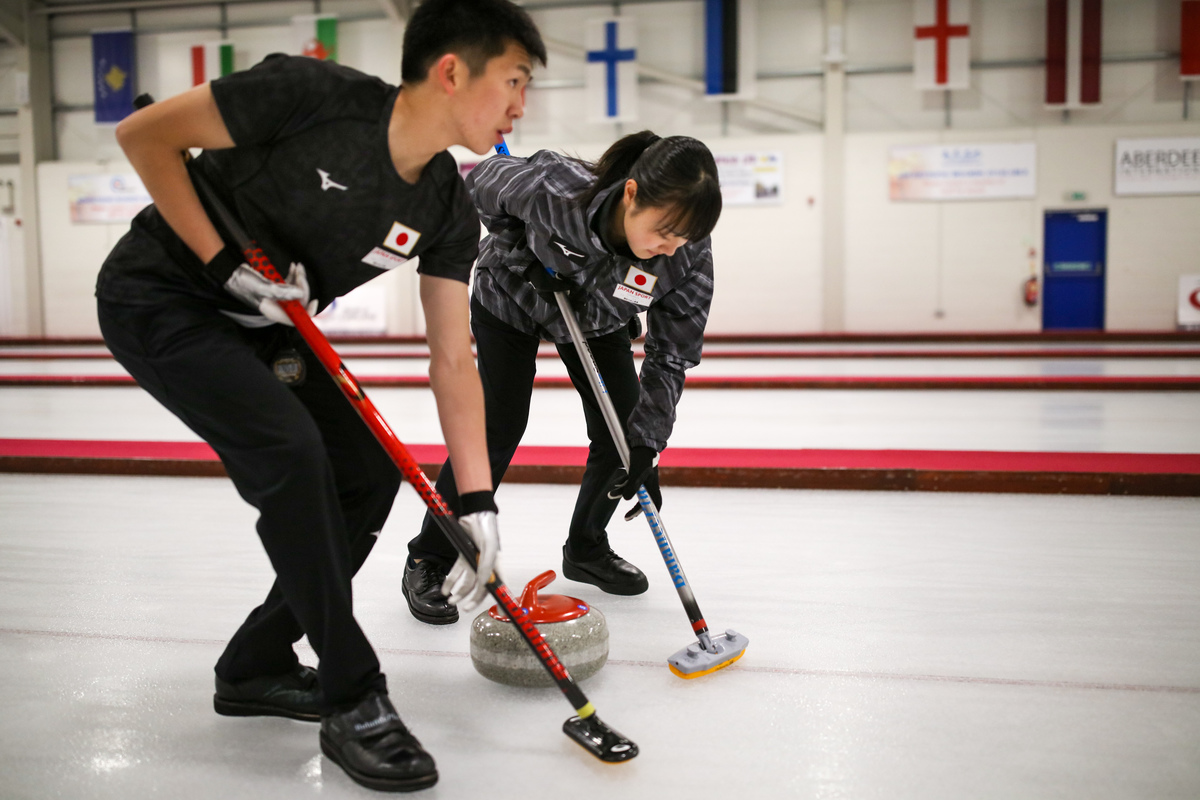 This week, curlers from 24 nations will take to the ice in the Winter Youth Olympic Games 2020 in Lausanne, Switzerland from Saturday 10 January until Wednesday 22 January.

Though the multi-sport event will be hosted in the Olympic capital, Lausanne, curling will take place 63 kilometres south, in Champery at the Champery Curling Arena. Throughout the Games, 96 curlers aged between 15 and 18 years old, will stay in the Youth Olympic Village alongside 1,800 of the world’s most promising young athletes.

In the largest curling field ever at these Games, a total of 24 gender equal teams – increased from 16 teams at the 2016 Games in Lillehammer, Norway – will compete for medals in the mixed competition.

On Saturday 18 January, after the traditional four-person mixed event is complete, athletes will play in the 48 team mixed doubles discipline for a second chance at an Olympic medal. This will see one female and one male athlete, from different National Olympic Committees, playing together – a concept unique to the Youth Olympic Games. The mixed doubles teams are determined by the athletes’ position within their team and their nation’s overall ranking following the mixed competition.

The Games also have a vital educational component to them. As well as the competition on ice, athletes will have the opportunity to take part in workshops and team building activities that explore Olympic values and other cultures to their own. They will also have the chance to learn skills for becoming ambassadors of their sport and ways to improve their training and performances.

As part of the educational activities, throughout the Games, the curlers will be afforded the opportunity to learn from two  Athlete Role Models – Canada’s two-time Olympic gold medallist John Morris and Switzerland’s Marlene Albrecht.

From Friday 10 January at 10:00, until Thursday 16 January the mixed competition will be played. It consists of 15 round-robin sessions with teams of two female and two male athletes split into four groups.

After the round robin, the top two teams from each group will advance to the quarter-finals on Wednesday 15 January at 10:00, followed by the semi-finals at 14:00. Both medal games will take place at 12:00 on Thursday 16 January. All times are Central European Time (CET), which is one hour ahead of Universal Coordinated Time.

The groups for the mixed competition are:

The single knock-out mixed doubles rounds will begin on Saturday 18 January at 10:00. Knock-out rounds will continue until Tuesday 21 January at 13:30. After that the final six teams will face off at 18:00 with the three winners moving onto the semi-finals. Those are on Wednesday 22 January at 09:30. The fourth semi-final team will be the team with the best draw shot challenge result. Both medal games will be at 13:30 the same day.

Teams for the mixed doubles competition will be announced on Thursday 16 January.

All Games are scheduled for eight ends, and a minimum of six ends must be completed before a game reaches its conclusion.