Norway and Japan to compete for Youth Olympic gold 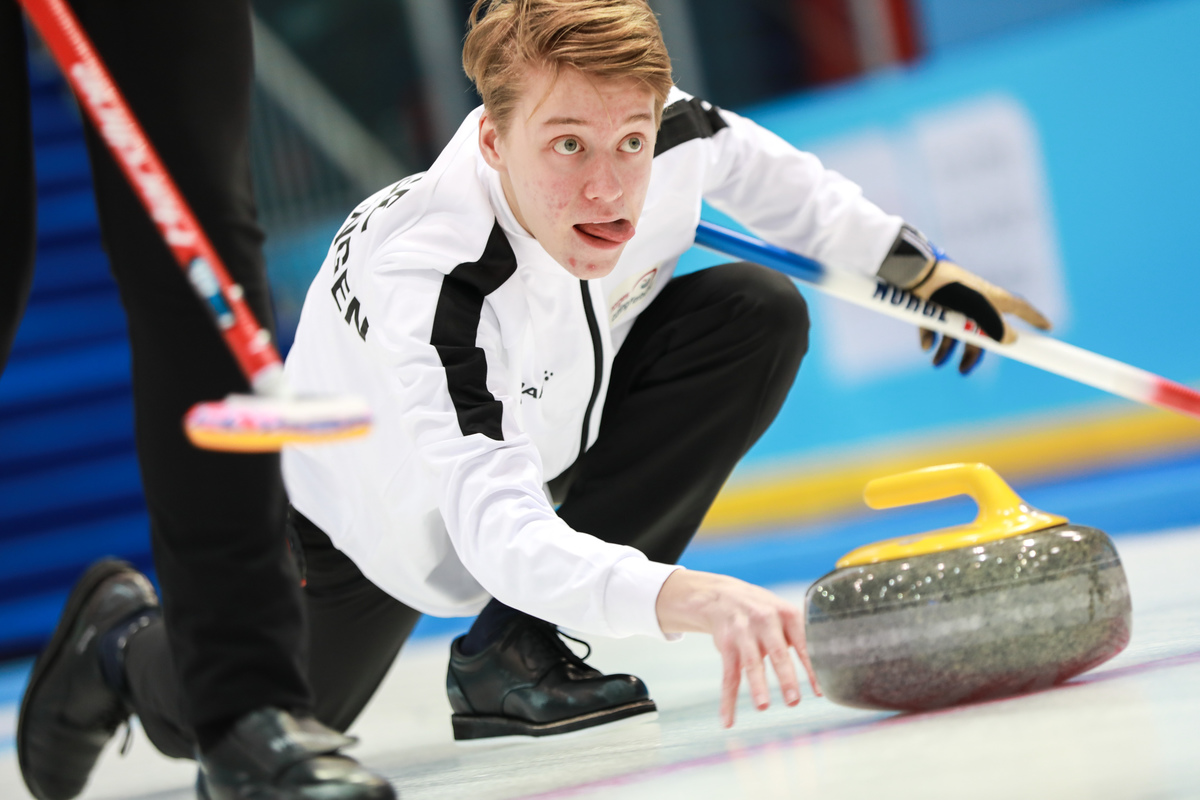 From 24 mixed teams, Norway and Japan are the final two teams in search of gold after beating Russia and New Zealand in the semi-finals of the Youth Olympic Games 2020 on Wednesday afternoon (15 January).

Russia will now meet New Zealand to compete for the bronze medals.

The medal games will be on Thursday (16 January) at 12:00, at the Champery Curling Arena in Switzerland. Time is Central European Time (CET) which is one hour ahead of Universal Coordinated Time (UTC).

Russia met Norway in the first match-up. The Norwegians scored two points in the second end. The two teams then traded single points in the next two ends to make the score 3-1 for Norway. In the fifth end, Russia’s skip Valeriia Denisenko attempted a long raise take-out for a multiple score. However, Denisenko narrowly missed and gave Norway a steal of one point and a 4-1 lead.

In the sixth end, Russia had an opportunity to close the gap by drawing for two points but Denisenko’s stone slid too far, giving her team just one point, 2-4. Norway’s fourth player Grunde Buraas hit for three points in the seventh end. At this stage, Russia conceded defeat, 7-2.

Nora Oestgaard, Norway’s vice-skip said, “It sounds amazing [to be finalists]. We’re really happy about the result. We had fun out there. We play really well together and we have so much fun out there and we feel great together, as a team.”

In the other semi-final game, Japan played New Zealand, where at the fourth end break, Japan held a 3-2 lead. The momentum swung in favour of Japan in the fifth end, when their skip, Takumi Maeda, picked out a New Zealand stone to score four points, 8-2.

New Zealand responded with a nose take-out for two points in the sixth end and forced Japan to a single point in the seventh end. Japan led 8-4 before the eighth end and went on to run New Zealand out of stones to win with this score.

“It took us a little bit to get started on this game, but then we were able to get our heads back in. The opponents were really good at drawing, they have played a good draw game, good with the guards. We had to really watch the guards,” said Japan’s skip Takumi Maeda.

He continued, “Our goal was to get a medal, so we’ve achieved that already, so I’m just purely happy with that.”

Journey to the final