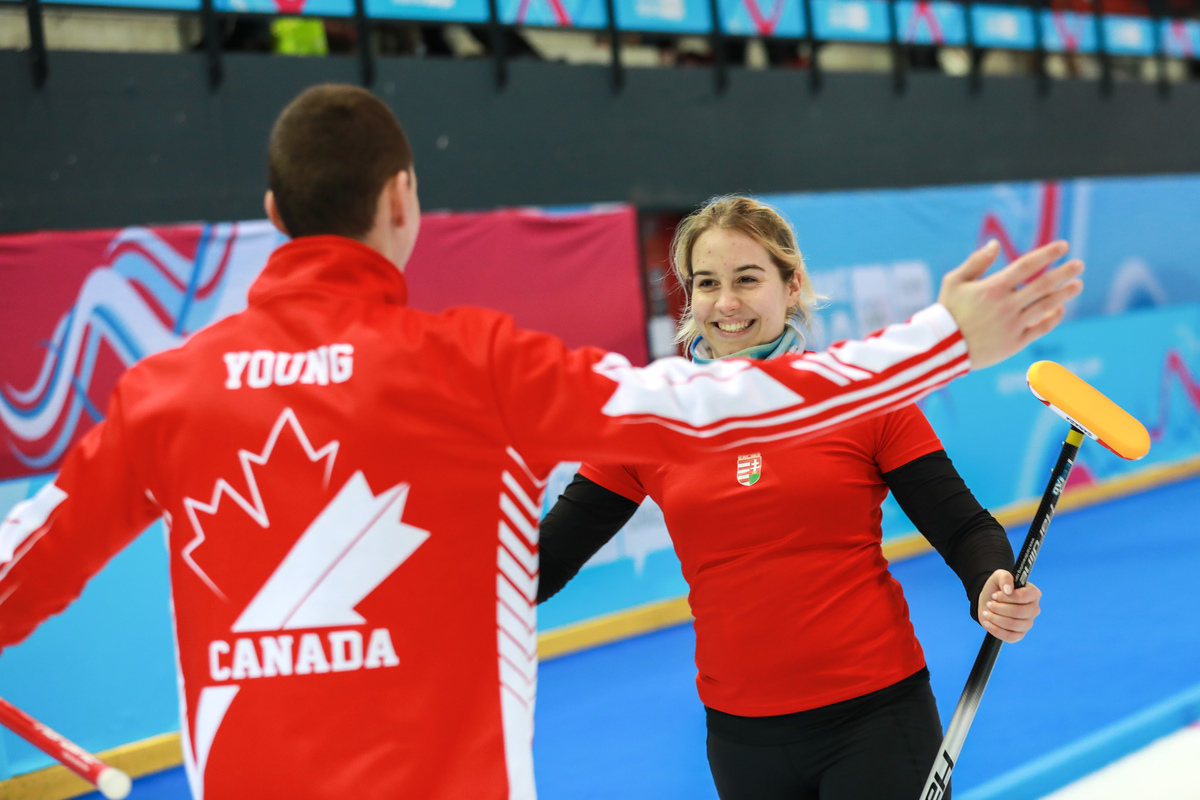 Two mixed doubles teams remain undefeated from a starting field of 48 at the Youth Olympic Games 2020. HUN/CAN and FRA/RUS will now face off in the mixed doubles gold medal game in Champery on Wednesday (22 January) at 13:30. CHN/CZE will play JPN/FRA for the bronze medals the same time. Time is Central European Time (CET) which is one hour ahead of Universal Coordinated Time (UTC).

HUN/CAN (Laura Nagy and Nathan Young) met JPN/FRA (Mina Kobayashi and Leo Tuaz) in the first game. JPN/FRA opened the game with a score of one point with a hit. In the fourth end, France’s Leo Tuaz made a draw to the four-foot ring against four to level the game 2-2.

But, in the sixth end, Tuaz was just heavy on a draw to the four-foot and gave HUN/CAN a steal of two points to take a 5-2 lead. HUN/CAN stole again in the seventh end and ran their opponents out of stones in the final end to win, 6-2.

Hungary’s Laura Nagy commented on the win,“[I am] happy. A bit shocked.” After the game, Laura looked to the stands and saw her parents standing there, beaming with pride and realised they came from Hungary to surprise her. “I just saw my parents upstairs and they were home yesterday.”

“I think we had a bit of a more difficult time getting the hang of how fast the ice was and how it curled because both sides curled a bit differently. I think it was interesting getting to see and by the second half we got the weights and the line.”

After a controlled sixth end, FRA/RUS scored three points to take a big 10-4 advantage. CHN/CZE ran out of stones in the eighth end, meaning FRA/RUS advance to the gold medal game with a final score of 10-5.

Her partner, Russia’s Nikolai Lysakov, who won bronze in the mixed event, will compete for his second Youth Olympic Games medal. “I’m just really happy we got to this level,” he said. “It’s just an amazing feeling. It was a good game, we were feeling like we were in control from the beginning until the very end, so it was just a matter of not giving up a lot of points.” 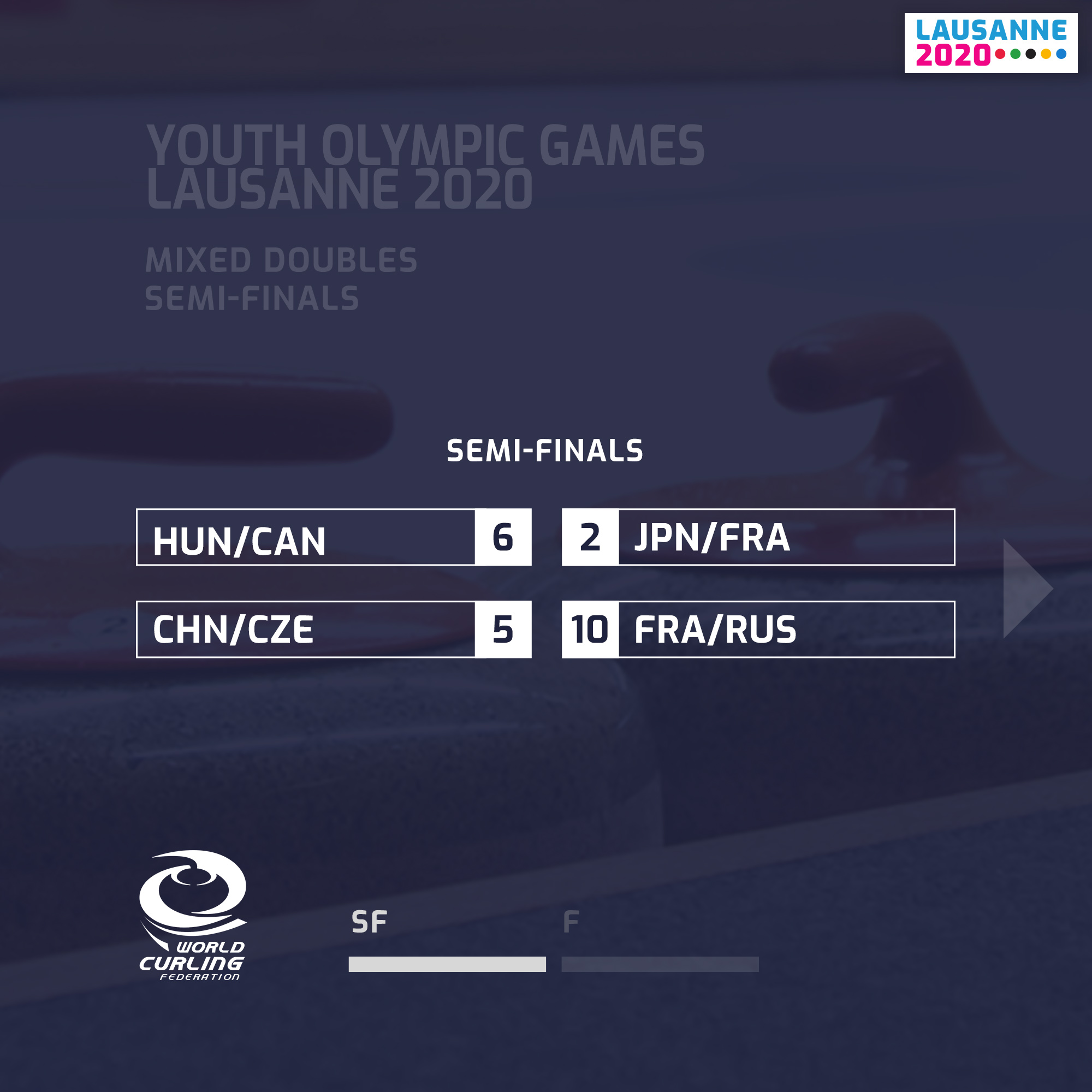