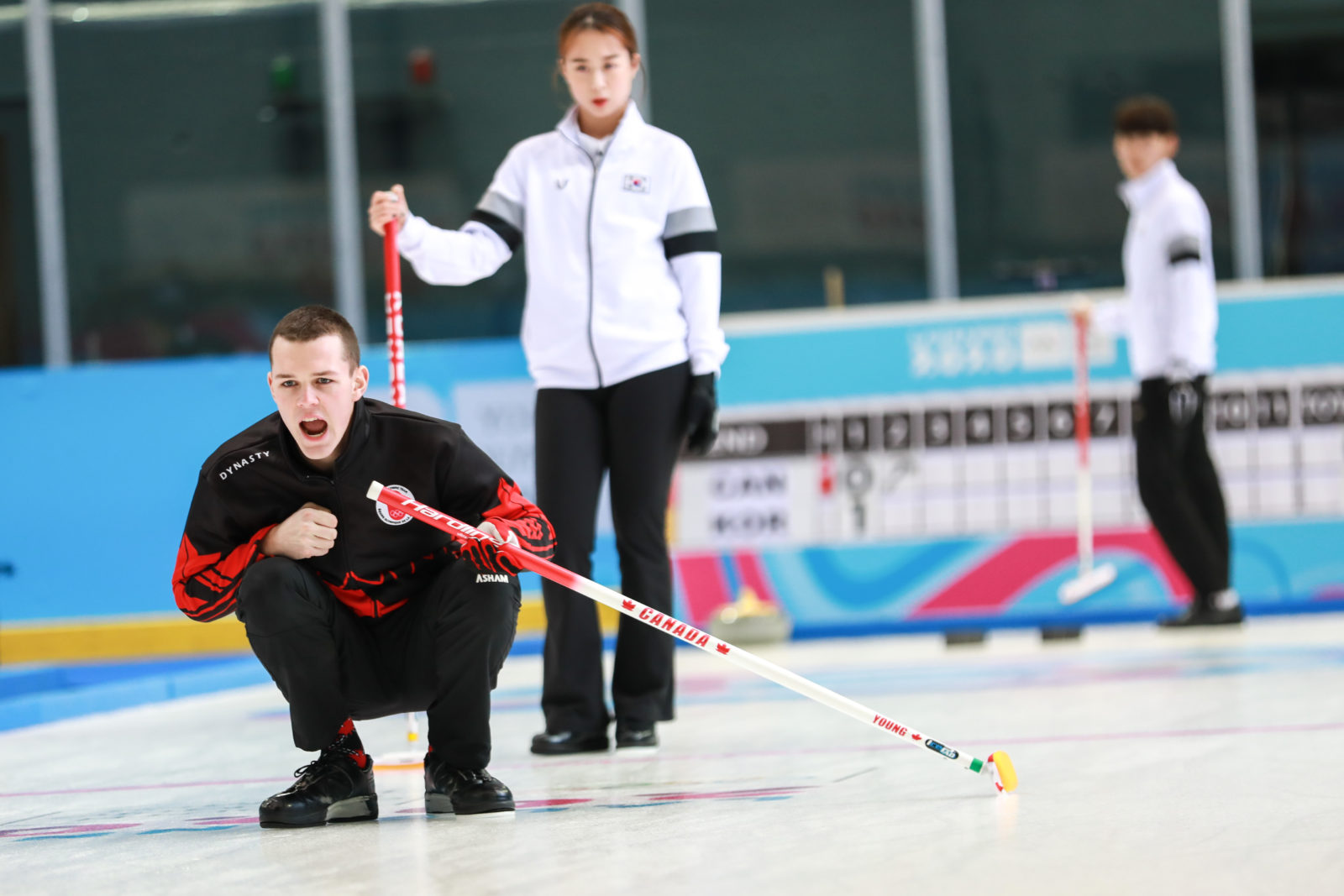 Three games took place in this session from this group, including Poland versus Estonia. Estonia were looking for their first win of the tournament, and started the game well. They stole two points in the first end, but after that, Poland controlled the game. They scored four in the second end and stole continuous points in the following four ends to eventually win, 9-3. With this victory, Poland is sitting at two wins and one loss.

After the game, Poland skip Monika Wosinska said: “It was a good game and the opponent was great too. We expected to be a black horse of this. We need to show the world that we are from Poland and we can play good too! We want to show this to the other teams.”

In another game of the group, Spain played Russia. Russia had a very good feel for the ice at the start of the game, and managed to capitalise in the first end, scoring five points. From then, Russia kept their advantage, limiting Spain to single points in both the second and the sixth end, while scoring multiple points in the third and seventh. After seven ends, Russia was leading by 11-4 when Spain conceded defeat, making it the final score of the game.

In the last game of this group, undefeated Canada met Korea, who had a 1-2 record prior to the game. After exchanging single points in the first two ends, Canada had a big steal of three in the third end. In the second half of the game, Canada scored single points in the odd ends, while Korea put two on the board in the sixth. The Canadians led 6-3 in the eighth end, which eventually became the final score as Korea ran out of stones.

In the sole game of the group, France was looking for their first victory versus Slovenia. After a back and forth battle, the teams headed into the final end level at 7-7. In the eighth end, Slovenia needed to throw a draw to the four-foot to win the game, which they did perfectly, making the final score 8-7.

A happy Slovenia skip, Bine Sever said after the game: “I think it was a very important game. We showed we could play as we did yesterday when we beat Norway. I said yesterday ‘if we continue playing like this, we can win a lot more games’ and the performance we had today showed we can even get through the group.”

Talking about the last draw of the game, he added, “I think it gives us a lot of confidence. I was confident in myself before the throw because I made the shot about four times in the game. I think that will be good for the next games as well.”