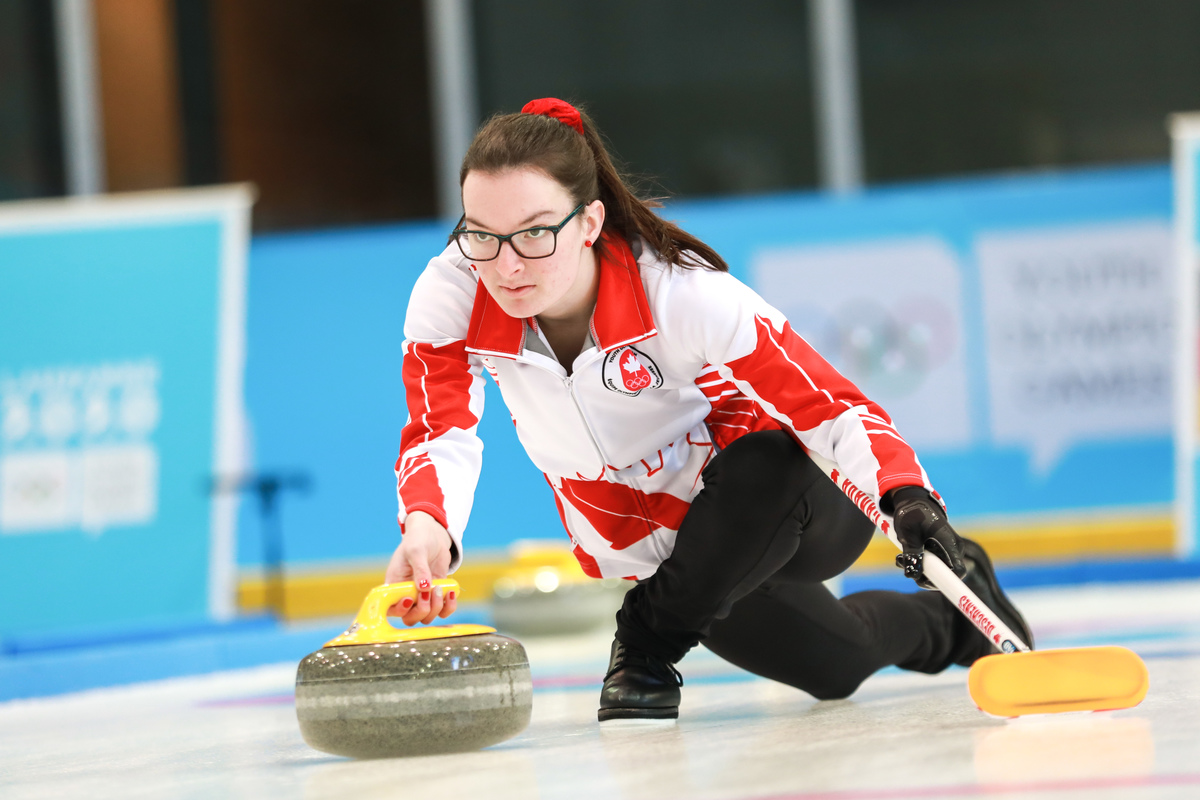 Day four resumed with the eleventh session at the Youth Olympic Games Monday afternoon (13 January) at the Champery Curling Arena. It saw Canada, Korea, Russia and Hungary pick up wins. This consecutive fourth victory for Canada also means that they have qualified for the quarter-finals alongside previously qualified Switzerland, Italy and Japan.

All teams took to the ice from this group. Unbeaten Canada played Spain, who had a one win, two loss record prior to this session. Canada started the game strong, as they stole three points in the first end and forced Spain to a single in the second. After blanking the third end, Canada capitalised in the fourth end and scored two points. The teams went into the break with a 5-1 score in favour of the North Americans, who carried on this momentum in the second half of the game. Canada stole two points in the fifth end, extending their lead. After the exchange of two points in the next two ends, Spain shook hands with a final result of 9-3 after seven ends of play.

Canada skip Nathan Young was pleasantly surprised by the news about their qualification and said, “Oh it that right? Excellent! It’s always the round-robin before the play-offs so I’m pleased we qualified and we still have one game to play so we’re going to go out and fight hard but it is nice to know that we’ve qualified for the play-offs.”

Looking ahead to their last round-robin game against Estonia, he added, “We want to keep getting more comfortable with the ice. Arena ice is different – for us we don’t get to play on arena often ice so it is pretty cool. We want to take it all in, it’s not every day you get to play in front of a crowd like this.”

Another match-up in this group was Estonia versus Russia. Before the game, Russia had a two win, one loss record and needed a win to keep their play-off dreams alive. Estonia, on the other hand, were seeking their first victory at the event. Russia had a head-start to the game, and by scoring three in the first end and stealing two in the second end, led the game 5-0 after two ends. As the teams traded single points in the next two ends, they went into the break with a 6-1 score, Russia leading. The final score was 8-4 for Russia after running the Estonians out of stones in the last end.

Korea and Poland played the last game of this group. The first half of the game showed a strategic, low-scoring play, as both teams put single points on the board, making the score 2-2 at the fourth end break. In the fifth and sixth ends the teams traded singles with hammer, making the score level at 3 after six ends. In the seventh end, Korea managed to steal a point as Poland fourth player, Klaudia Szmidt wrecked on a guard with her last stone. In the last end, Poland had a raise take-out to win the game, but the stone over curled and Korea stole the win, 5-3.

The only game of this group saw Hungary playing Brazil. The Hungarian line-up consisted of only three players, as regular skip Lorinc Tatar did not play. The trio showed a strong performance versus Brazil. The Brazilians were able to score two points in the fourth end, apart from that, Hungary scored in all ends and won 13-2.

Hungary lead, Laura Nagy, said, “It was interesting – we haven’t really played with just us three before. It was a really good workout!”

Talking about the team’s overall performance so far, she added, “I think we kind of expected this type of outcome. We need to win our last game and we still have a chance to get into the quarter-finals.”