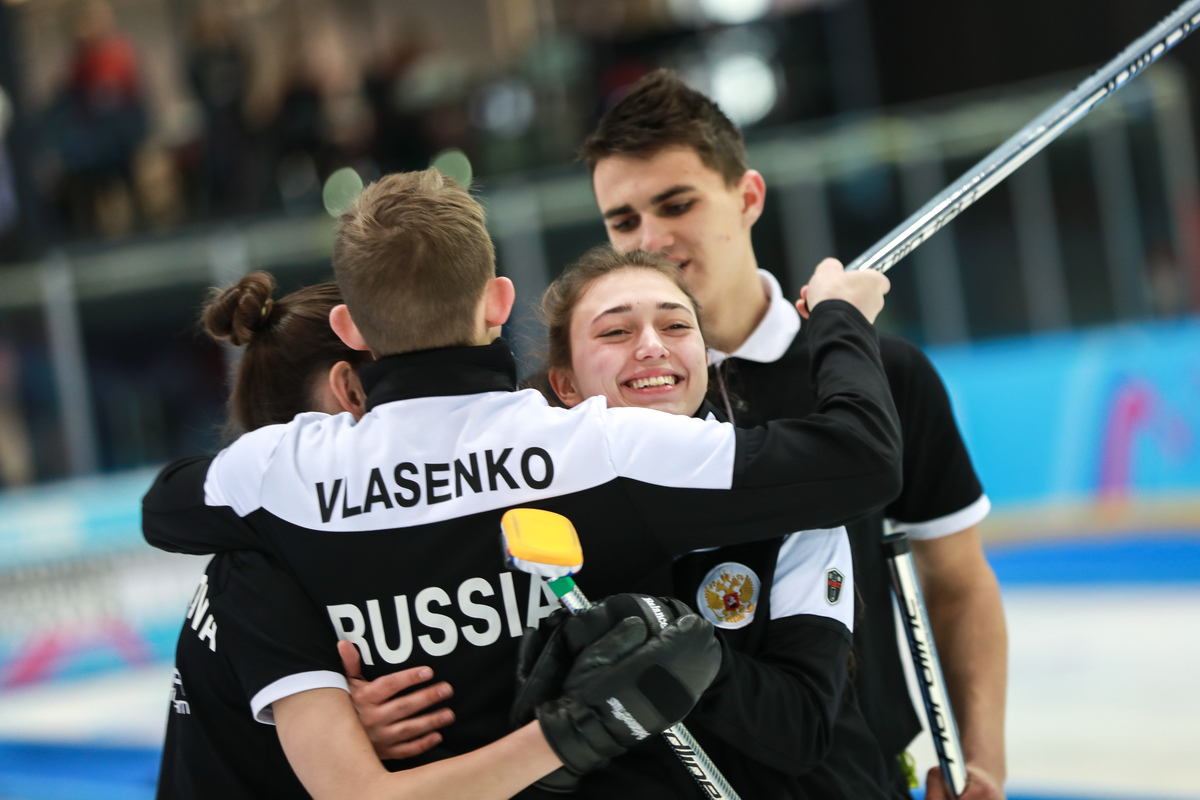 The quarter-finals at the third Youth Olympic Games took place on Wednesday morning (15 January) in Champery, Switzerland. Japan, New Zealand, Russia and Norway emerged with victories and now advance to the semi-finals this afternoon at 14:00.

This means there will be three new medallists at the Youth Olympics as in 2016 Canada won gold, United States received silver and United States went home with bronze. In 2012, Switzerland took home gold, Italy won silver and Canada collected bronze.

The semi-final line-up is as follows:

The winners from the semi-finals will then meet in the gold medal game, while the losers compete for bronze. Both of these medal games will take place on Thursday (16 January) at 12:00. Times are Central European Time (CET) which is one hour ahead of Universal Coordinated Time (UTC).

In a defensive game by both sides, Canada played Japan. The Japanese had a chance for two points in the fourth end but rolled out of the rings and scored only one to level the game 1-1. The Canadians returned the favour in the fifth end when Canada’s skip, Nathan Young, was light on a draw to the four-foot ring, only scoring a single point to make the score, 2-1.

The teams traded two points in the following two ends, with the score 4-3 in Canada’s favour.  This meant Japan required two points in the eighth end to win. Once Japan’s final stone came to rest in a cluttered four-foot ring, the game required a four-stone measure to determine the score of the eighth end. Finally, Japan scored a single point and the game required an extra end. Canada’s skip, Young, ticked off a corner guard on his draw attempt to the four-foot for the win and Japan stole a point to advance to the semi-finals, 5-4.

Japan’s skip Takumi Maeda, commented on the win, “We’re really happy, we were able to put ourselves together and play really well, and beating Canada is a really big deal for us.”

Speaking about the eighth end measure he said, “Just by my own glance it looked to me like red was number two, so rather than worrying about the measure I was focusing on figuring out the plan for an extra end.”

In the next match-up, Germany met New Zealand. The first end saw New Zealand open with three points. After trading single points Germany stole two points in the fifth end to tie the game 4-4. New Zealand drew to the button for a single point in the sixth end to regain the lead then stole in the seventh and eighth ends to win, 7-4.

Lucy Neilson, New Zealand third said, “It’s crazy! It hasn’t sunk in yet [on advancing to semi-finals]. We started off good, we scored three in the first end, which is always a nice way to start a game. I’m pretty proud of the team, we all played really well, held our composure throughout the game, so I’m really proud.”

Russia faced hosts, Switzerland, where after four ends of play Switzerland had a 4-2 advantage. In the seventh end, Russian skip, Valeriia Denisenko, drew to an open house for two points to level the match, 5-5. In the final end, Switzerland were inches heavy on a draw to the 12-foot ring to win. This meant Russia stole two points and won 7-4.

“It’s in a way horrible because we didn’t expect this [to win] and we weren’t playing to the level [we should have been]. But we are very happy, happiness is definitely the word”, said Russia’s Denisenko.

She continued, “We got down emotionally when we started to lose. It was really hard to get back, but we started to support each other and began to fight until the end.

“We tried to control the centre and lucky the Swiss team made a mistake. We hoped that Switzerland would miss leaving the centre open. And then what happened happened.”

Finally, Norway encountered Italy in a game of two halves. After three ends, the Norwegians led 5-0. Despite this, Italy clawed back with steals in the fifth, sixth and seventh ends to lead 6-5 ahead of the eighth end. With a perfect double take-out and roll by Norway’s third player, Nora Oestgaard, the end was set up to secure two points.

Italy was light on their final draw meaning Norway won, 8-6.

“”We had a really good start and a really rough middle in the game”, said Lukas Hoestmaelingen, Norway’s skip.  “In the last end, our third [Nora Oestgaard] made a really beautiful shot. From there, we played well and tried to secure two points, but we got three instead, so that’s good.

He continued, “[After being up 5-0] I was confident and I tried to keep it safe and open. But, we struggled to keep it open because Italy started to play really really good. We just tried to stay positive and know we could still get it [the win] in the last end. We knew it was possible.

“It’s really cool to be in the semi-finals. To compete and be here at the Youth Olympic Games is amazing.” 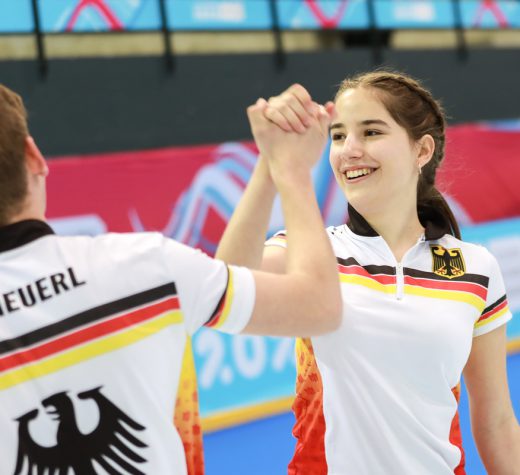