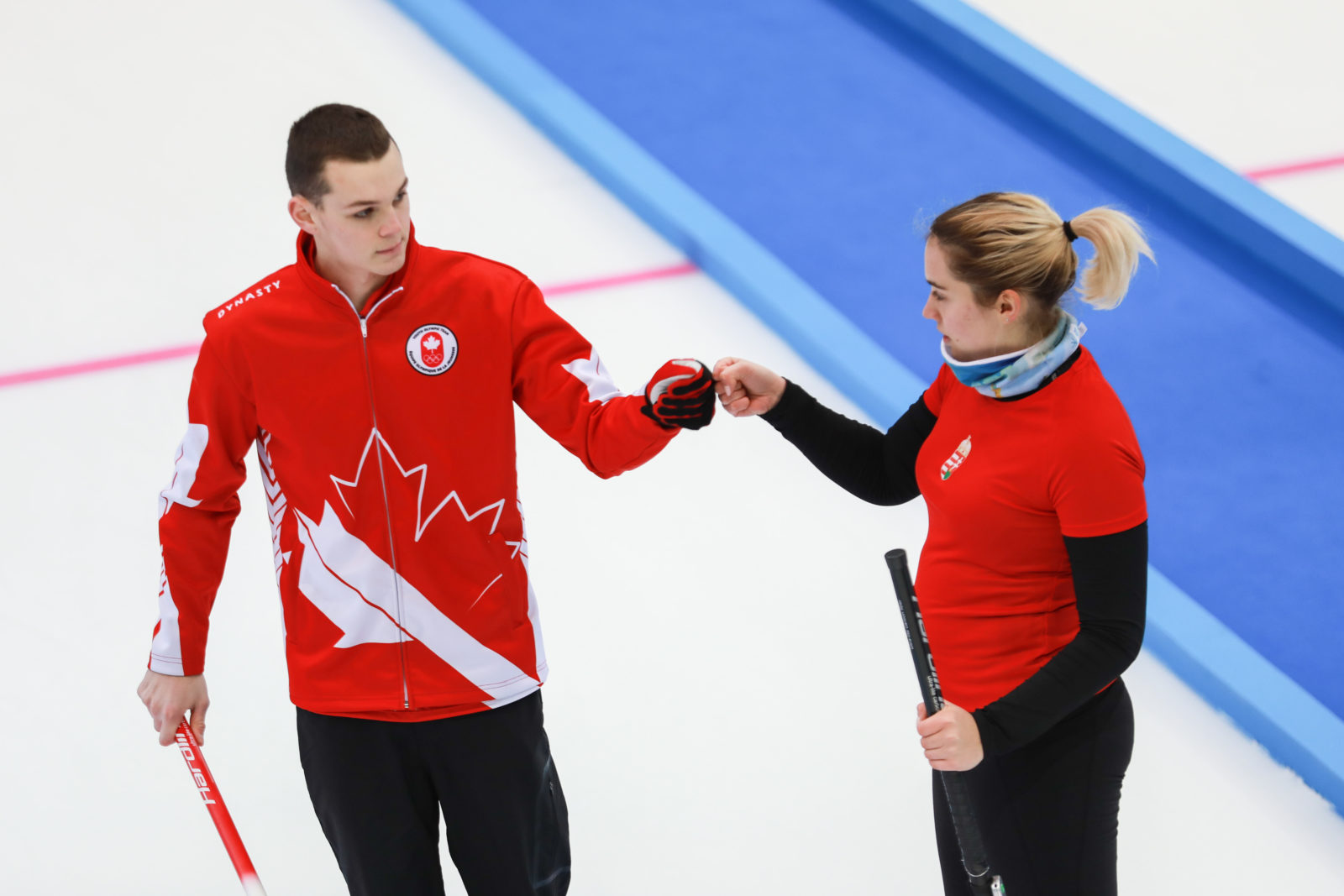 Day two of mixed doubles play at the Youth Olympic Games continued with the Round of 48 on Sunday (19 January) in Champery, Switzerland.

The competition is a single knock out event with three sessions a day until Wednesday (22 January) when the medal games take place.

In the final session of the day, Latvia/Japan won against Italy/Slovenia. Estonia/Russia came back from a 4-0 deficit to beat Switzerland/Hungary while Canada/Spain had a major comeback of their own against Brazil/New Zealand. The duo made of Emily Deschenes and Oriol Jimenez Gasto fought from a 9-1 score to win 10-9. France/Norway stole in the final end to beat Germany/United States.

Nathan Young: “You know, you’re literally thrown together at the Youth Olympic Games with somebody from a different country and it’s really unique. I think we’re a totally different team than we were in the first end, as you’re developing that routine and that flows as the game goes on. And if you’re lucky enough to get through your first game, like we are, you bring that momentum forward.”

Valeriia Denisenko: “We were leading right from the beginning, we were making mistakes but apparently our opponents made more, so probably that was reflected on the scoreboard. Thanks to my partner, we speak Russian throughout the game.”

Axel Landelius: “It feels amazing. The game went up and down all the way and the ice was really tough but we managed to come out with a win. It feels super good. It was really easy to talk as both of us can talk really good English, and that helps a lot. We’ve talked a lot on how to play.”

Erika Bitmete: “I really enjoyed the game because I enjoyed playing with him. He’s such a good player. I don’t know if I could wish for a better teammate actually. Our communication was even better than I’ve expected, we got on well. I think this line-up was really good. He made his shots, I made my shots.”

Emily Deschenes: “I think we definitely stuck together, it wasn’t looking the greatest at the beginning, but we came together and really battled back, got as many points as we could and it turned out well. The comeback was alive, so I’m very happy right now.” 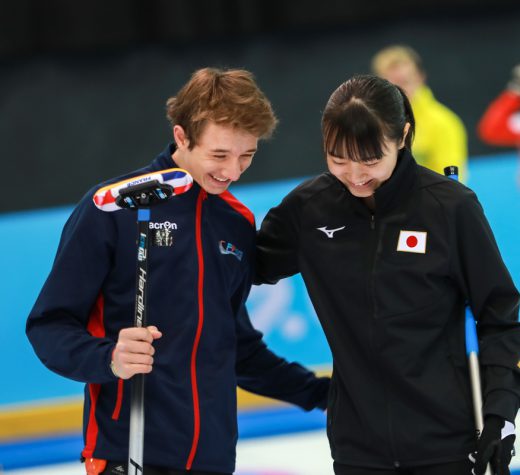