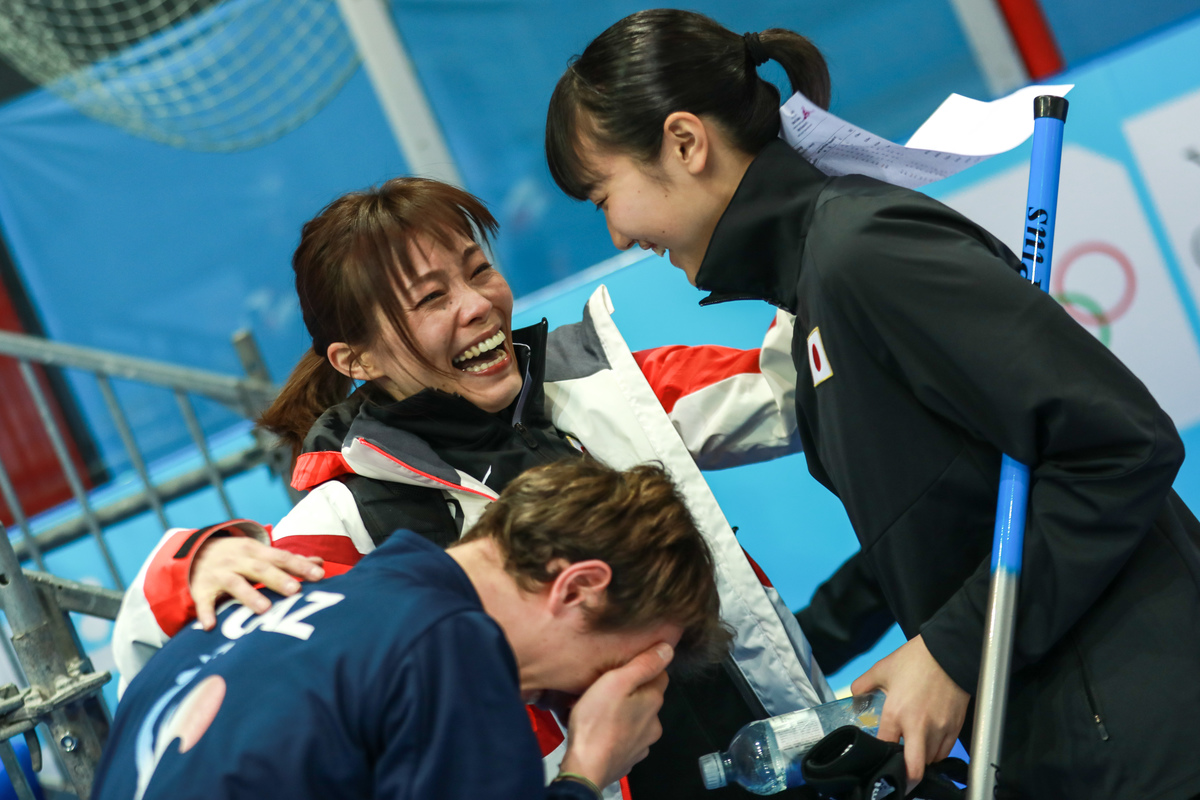 Day four of mixed doubles at the Youth Olympic Games Lausanne 2020 continued with the Round of 12 followed by the Round of six on Tuesday (21 January) at the Champery Curling Arena. After the last session of the day, the teams advancing to the semi-finals are now confirmed.

The first semi-final will be: HUN/CAN (Laura Nagy and Nathan Young) versus JPN/FRA (Mina Kobayashi and Leo Tuaz). The second semi-final will feature: CHN/CZE (Junhang Pei and Vit Chabicovsky) against FRA/RUS (Chana Beitone and Nikolai Lysakov). Both games will be on Wednesday (22 January) at 9:30 with the medal games being played in the afternoon at 13:30. Times are Central European Time (CET) which is one hour ahead of Universal Coordinated Time (UTC).

Three teams, HUN/CAN; CHN/CZE and FRA/RUS won their Round of six games on Tuesday evening (21 January) to move onto the semi-finals. The fourth team, JPN/FRA, advanced based on having the best draw shot challenge.

Mina Kobayashi: “When we started up playing together I was throwing the first and fifth stones, but we’ve switched it up and so it’s been really nice having Leo set up a great shot for the first one and me throwing the middle just made everything so much easier. I can’t speak in English at all, so we’re communicating basically using gestures, so it’s good that he understands, he has good communication skills.”

Nikolai Lysakov (on the first two ends): “The first end was just going according to what we have planned, we were doing pretty much every shot but the opponent missed a lot and in the second end we were not on point with one of the take outs. From the situation we could have given up a couple and we actually gave up a four.”

Laura Nagy: “I think we’re really getting the hang of it and know what the other can do and the more we play the more the strategy is coming together. So it gets very good to keep it going. And hopefully we can keep it going even further. Any rock behind the T line is helping the other team. Even if the line isn’t fully correct, even then you can still use it.”

Monika Wosinska: “The first end was very hard. I couldn’t focus and he couldn’t focus either, but then we knew that we need to focus more and we knew that we can do it. We had a very hard opponent, they played very well, they do I think maybe everything that they want to do. It was a hard game, but we did it. We stayed positive all the time. It was like ‘okay, you didn’t do it, okay, let’s do a better shot now’. It was like ‘stay positive all the time’, it’s the key I think. Even if you lose a few ends, you can even win through the other.”

Nathan Young: “You know, not every shot was perfect, but if it wasn’t really working out we always found a way to get a rock frozen next to the button. And it just goes to show that in mixed doubles it’s not necessarily about precision or if you have one or two bad rocks, you can always find a way out if you find how to get that one rock in the right place and I think we did it in this game. Look at our steals. They weren’t like steals of three or four, they were steals of one, steals of one, just because we got that one rock in the good spot.”