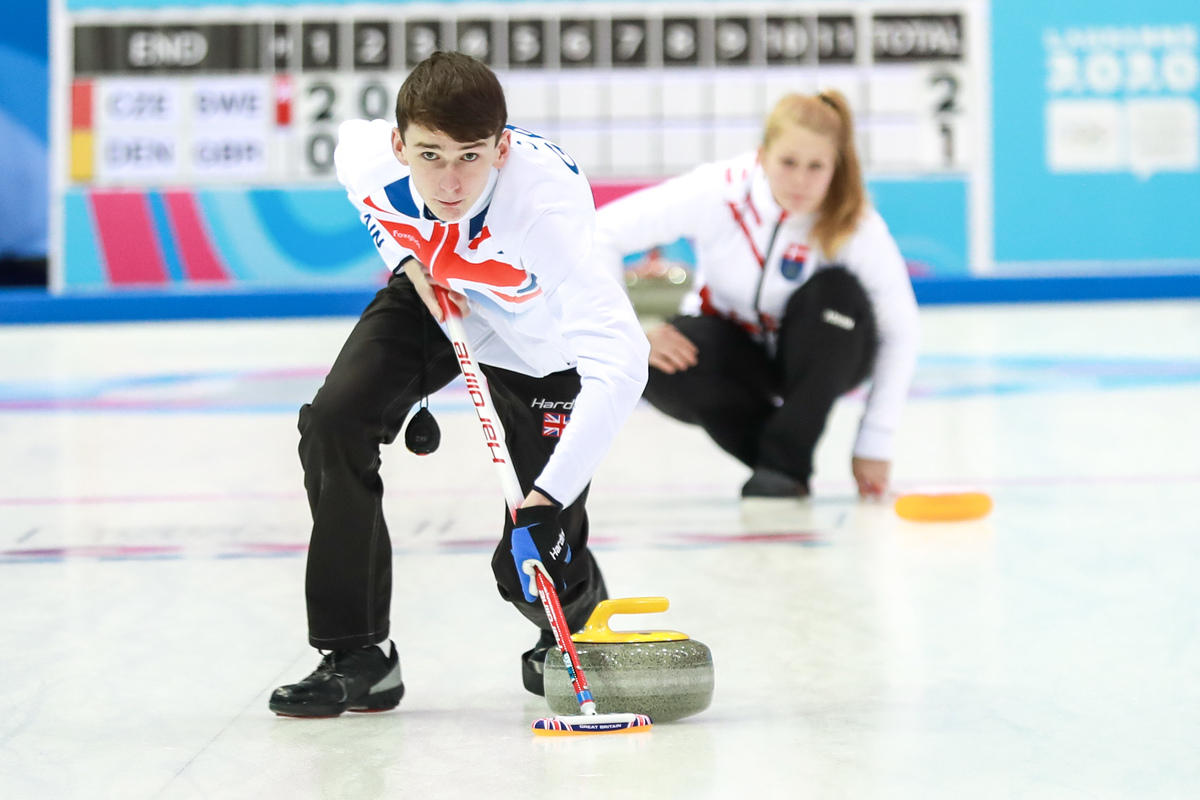 Action from day three of mixed doubles at the Youth Olympic Games continued with the Round of 24 on Monday (20 January) in Champery, Switzerland. From 48 teams, there are now just 12 teams remaining, with medal hopes on the line.

The teams are composed of one female and one male from different National Olympic Committees, selected based on the final mixed rankings. The competition is a single knock out event with three sessions a day until Wednesday (22 January) when the medal games take place.

Laura Nagy: “It feels really good and I think we are really getting the hang of it and what the other can do. Yesterday by the last couple of ends it was really nicely moving along and I think we got the momentum and we can carry it onwards. Communication is a really big part of mixed doubles and any curling game. Other than that a lot of shots also have to be made.”

Liza Gregori: I honestly feel overwhelmed and relieved and really, really happy I cannot even express it! I was actually really glad I have a new teammate because I trust him. I was calm because I knew I had a good teammate on my side, it feels good playing with him and I wasn’t that nervous until the last end. I cannot believe [we are moving on], I am so surprised and honoured to play even more games.”

Jamie Rankin: “It was a really positive game and especially they took their four and we came back with a five that was really promising signs and I think from that point onwards, we had good control over the game. We weren’t making very many mistakes, which was good and we just outplayed our opposition.”

Monika Wosinska: “I think this time we were much more comfortable with the other, I know what he means, he knows what I mean, and in the match before it was difficult. But now it was okay I think. We played a good match I think and the opponent was great too, but he wasn’t lucky as us.”

Takumi Maeda: “In the first half I wasn’t playing very well and wasn’t making the shots, so the opponents were able to get some points on us. But during the half time, the coach came out and told me to pull it together, so I did my best to do that. I’m just really thankful that when we got into the tough situation she was able to pull out a good shot and help out, so I’m really happy for that.”

Grunde Buraas: “I think we played better today than last day, we just got away from the start and just filled up the house with our rocks and it was just good all the way. When we got the lead I was really confident because we played so well, I didn’t think we could give it away.”