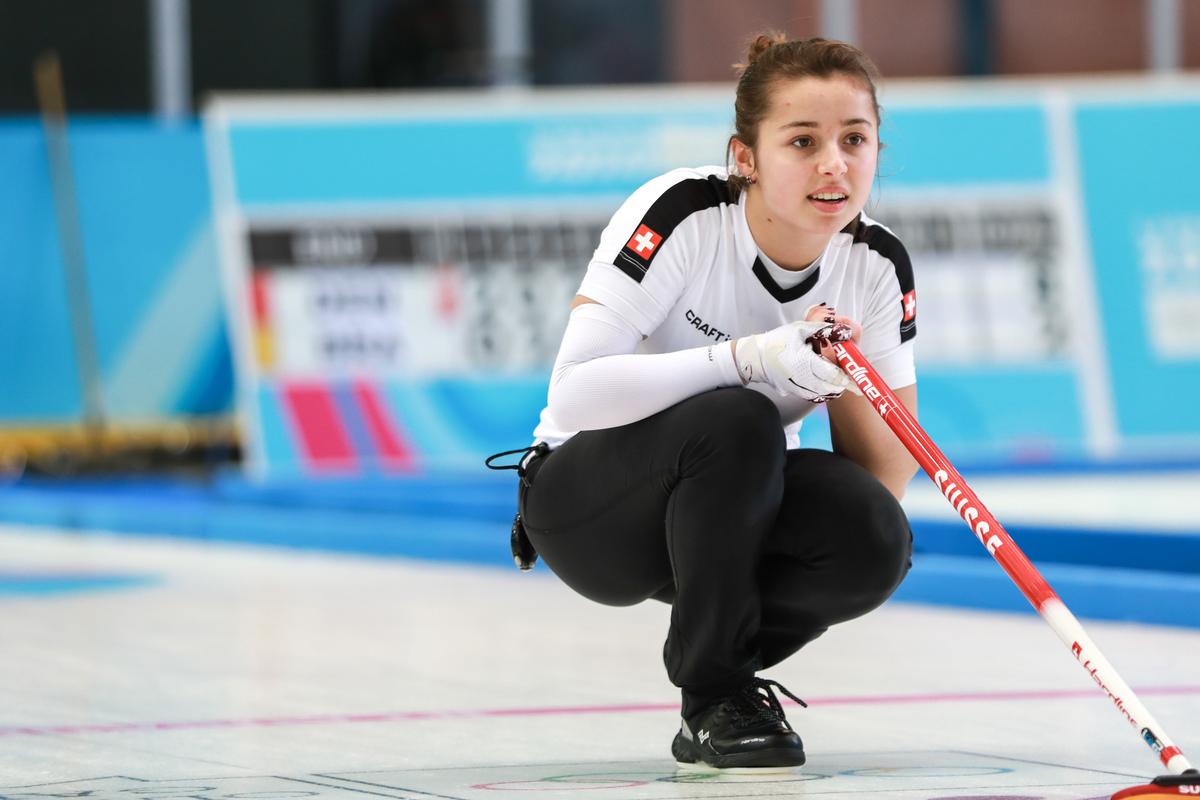 Day three of the mixed competition at the third Youth Olympic Games began Sunday morning (12 January) in Champery, Switzerland. Session seven saw China, hosts Switzerland, Denmark and Norway win their games. The mixed round-robin competition will conclude on Tuesday (14 January) with play-off games beginning on Wednesday (15 January). The top two teams from the four groups will advance to the quarter-finals.

First up were the six teams from Group B. China and Hungary, who both had one win and one loss, faced each other. After a very defensive game, including four blanked ends, it came down to the eighth end where the game was tied 2-2. In the final end, Chinese skip Likun Zhang drew to the four-foot ring to score a single point to win,  3-2.

Hosts, Switzerland kept to their winning ways against previously unbeaten Germany. The Swiss stole two points in the second end and then another three points in the third end to go up 5-0. Germany was unable to produce a multiple score throughout the game and shook hands after the seventh end, giving Switzerland their third win, 7-2.

Xenia Schwaller, third player for Switzerland said,” We played really good today, like we had nearly no pressure in the middle of the game because we played really well and we felt great.”

Danish third, Karolina Jensen, commented on their first win, “We feel great, it was a great game. It’s our first win, so we are very happy. We played a little bit more professional, we had a lot of mistakes in the previous games.”

In the only Group C game of the session, Norway encountered Great Britain, both looking for their second victory. The game was level 2-2 after three ends. Norway scored three points in the fourth end, forced Great Britain to one point in the fifth and then scored another multiple in the sixth end to cruise to an eventual 8-3 win.