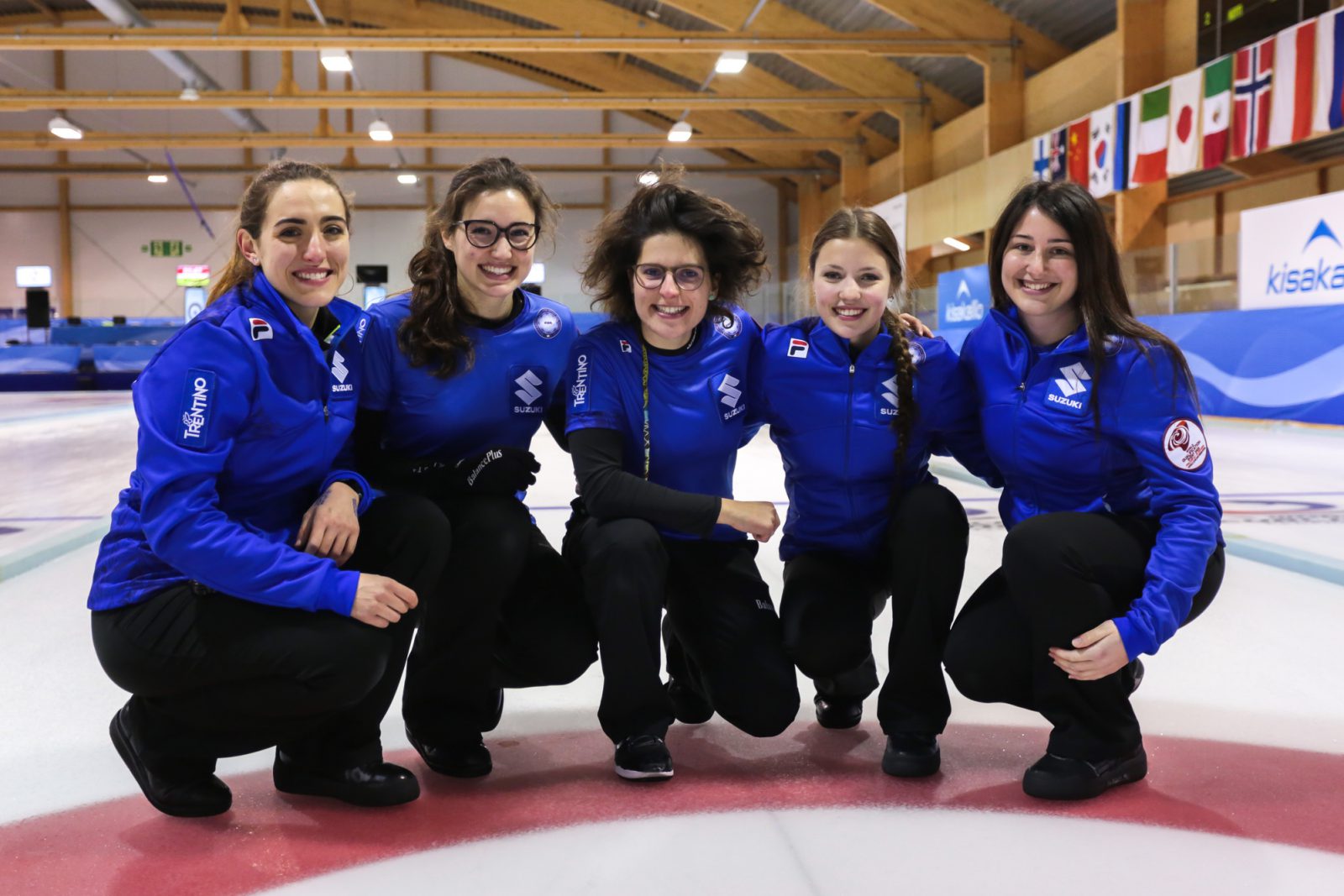 Italy women and Russia men secured their places in the upcoming world championships after their play-off wins on Saturday (18 January) afternoon at the World Qualification Event 2020 being held in the Kisakallio Sports Institute in Lohja, Finland.

Italy – skipped by Veronica Zappone, with third Stefania Constantini, second Angela Romei, lead Giulia Zardini Lacedelli and with support from alternate Elena Dami and coach Violetta Caldart – were back on the ice after their morning loss to Korea and opened the scoring in the first end with an open hit for one point.

Turkey blanked the second end, then in the third end, Turkey skip, Dilsat Yildiz’s final stone rolled too far after hitting the Italian counters, to give up a steal of two points and Italy the early 3-0 lead.

In the fourth end, Turkey were left with a hit to score one point, then a missed double take-out attempt by Zappone in the fifth end gave Turkey a steal of two points and levelled the score at 3-3 going into the fifth end break.

In the sixth end, Zappone was slightly wide with another hit attempt with her final stone and gave Turkey a single point steal and the lead. However, Italy recovered in the seventh end with a single point of their own, before going on to steal single points in the eighth and ninth ends.

Then in tenth end, Turkey were faced with a difficult double-takeout attempt to try to level the score. However, Yildiz’s attempt was off target and gave up a steal of a two points, and gave Italy the 8-4 win. With their win, Italy complete the line-up for the World Women’s Curling Championship 2020, taking place in Prince George, Canada, from 14-22 March.

A delighted Zappone said afterwards, “I’m speechless. We are very happy. This game was a fight and we’re very happy to come home with a win. I’m really proud of how [my team] performed. They performed like champions today and I’m really happy. We need to raise our level [for the worlds] and of course the main goal is to rank as high as possible for the Olympic qualification points.”

Russia – skipped by Sergey Glukhov, with third Dmitrii Mironov, second Evgenii Klimov, lead Anton Kalalb and with support from alternate Aleksey Tuzov and coach Aleksandr Koyzrev – also returned to the ice after a morning defeat in the first play-off game.

In this game Russia blanked the opening end, before a precise hit and roll in the second end gave them the opening score of two points. Japan levelled the score at 2-2, in the third end with two points of their own.

Russia blanked the fourth end, then Glukhov had an open hit in the fifth end for two points and a 4-2 lead at the break.

Japan skip, Yuta Matsumura, was forced to play a delicate draw in the sixth end to score a single point, after which Russia blanked the seventh end.

The game, close until this point, changed dramatically in the eighth end, when Glukhov played a precise double tap-back on two Japanese counters to score four points and take an 8-3 lead.

Japan fought back in the ninth end with a tap back from Matsumura to score three points and reduce the deficit to 6-8. Then in the tenth end, Glukhov faced two Japanese counters when he played his final stone. With that stone he played an open take-out on one Japanese counter, giving up a steal of one point but win the game, by 8-7.

With their win Russia have now claimed the final place in the the LGT World Men’s Curling Championship 2020 being held in Glasgow, Scotland from 28 March to 5 April.

After their win, a delighted Glukhov said, “We’re really happy. We tried to keep this game closer and take more easy shots. It worked out for us. It was a great experience and [qualifying for the worlds] is a great feeling.”