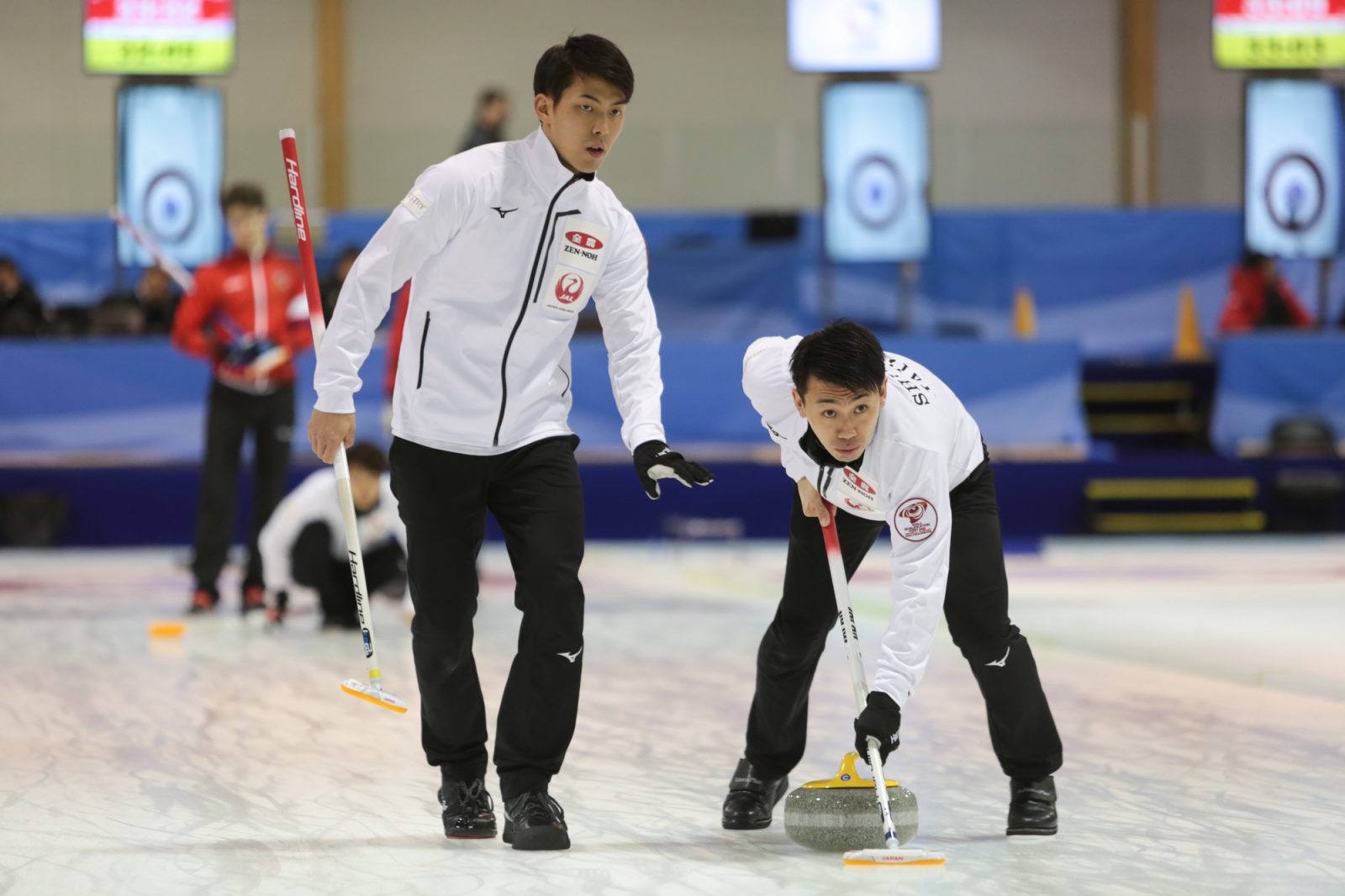 As we pass the half-way point of the World Qualification Event 2020 round-robin stage, at the Kisakallio Sports Institute in Lohja, Finland, Korea and Norway women remain unbeaten on four wins, while five teams share first place in the men’s rankings.

In the men’s competition, China, hosts Finland and Japan won both their games on Wednesday (15 January) to join Poland and Russia on three wins and one loss.

In the morning session, China defeated Russia, 7-5, before going on to beat previously undefeated Poland, 11-6 in the evening session.

Finland beat Czech Republic, 10-7, helped by a steal of five points in the sixth end of their morning game. In the evening they beat Mexico, 13-0 in six ends.

Reflecting on their week so far, Finland skip Jermu Pollanen said, “Every win counts. We had a hard, unfortunate game against Poland. But we’re really happy to have two wins [today] and still be in the competition. We got a little bit lucky against the Czechs this morning. They had two bad shots and we capitalised on that, tonight we were relaxed and played some really good curling.”

Japan also won both of their games. First beating Mexico, 9-2, in the morning session before beating Czech Republic, 10-3 in the evening game, sealing that win with a score of four points in the seventh end.

After their evening game against Czech Republic, Japan skip Yuta Matsumura said, “We were more focussed tonight than we were this morning, it was a good game. We had a tough start to the week but we’re getting better. We have to focus on every single game and tomorrow [against China] is going to be a really big game.”

Elsewhere in the men’s competition, Poland defeated England, 7-5, in the morning session, while Russia beat England, 10-3 in the evening. This leaves England at the foot of the table alongside Mexico, with both teams still searching for their first win of the week.

In Wednesday’s afternoon session, the women’s teams faced each other and there were wins for Italy, Norway, Estonia and Korea. With three of the games drawing to a close after six ends.

In the session’s third six end game, Estonia defeated Mexico, 9-1. Estonia scored four points in the fifth end, then stole a single point in the sixth end, to seal their win.

Also, in this session, Norway held off a late Finland fightback to win, 7-6 and remain in joint first place with Korea.