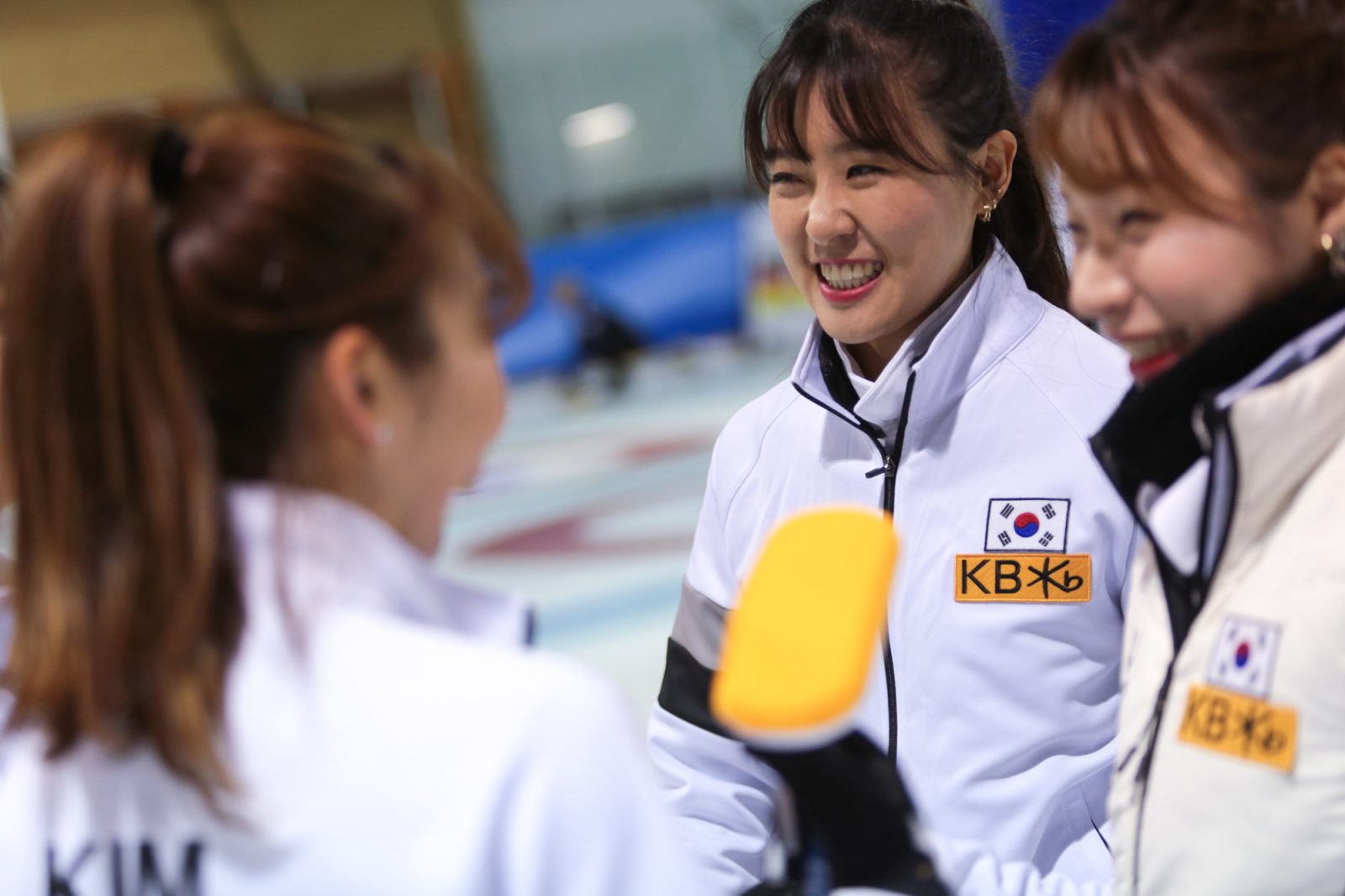 Korea and Italy women became the first teams at the World Qualification Event 2020 to claim places in the play-off stage of the competition at the Kisakallio Sports Institute in Lohja, Finland on Thursday (16 January) evening.

The women began Thursday morning with their fifth session of round-robin play. In that session, Korea beat Estonia, 7-2, for their first win of the day.

The women returned to the ice in the evening session, where Korea beat Mexico, 15-1, in six ends to remain undefeated so far this week and claim the first play-off place.

Italy defeated Finland, 8-6 in the morning session, before handing Norway their second defeat of the day, 10-5, in the evening session. This win over Norway qualified Italy for the play-offs with one round-robin game remaining.

A delighted, Italy skip, Veronica Zappone said after qualifying, “We feel amazing. This was the first goal for us in the tournament and we’re pretty happy we got the Q with one game left. We’ve had some up and downs this week. We struggled a little to learn the ice and the new conditions, but I think we’ve found our rhythm. The goal tomorrow will be to come off the ice feeling good and having fun.”

In the morning session, Turkey delivered Norway’s first loss of the week, winning by, 9-3, before beating Finland, 11-4, in the evening session.

Both Norway and Turkey now move onto a record of 4-2 to sit in joint third place in the rankings and hoping to secure the final play-off place.

Elsewhere in the women’s competition, Australia recorded their first win of the week when they defeated Mexico, 14-4, to begin the day, however, then lost their evening game to Estonia, 2-9.

In the men’s fifth session of round-robin play, China and Russia moved to the top of the rankings with wins over Japan and Mexico respectively.

Afterwards, Russia skip Sergey Glukhov said, “There were a couple of mistakes from us, but we were able to control our emotions. There will be a little pressure tomorrow, but we’ll just try to do the same things as before and play our game.”

China moved into joint first place after defeating Japan, 6-5, in a close fought game where the teams went into the tenth end level at 5-5. In the tenth end, China used their last stone advantage to score the single point needed for the win.

In this session, Czech Republic defeated Poland, 9-8, after two extra ends. In the first extra end, Czech Republic skip, Lukas Klima, was left attempting a difficult and long runback to clear a Polish shot stone. Klima cleared the Polish counting stone, but was unable to keep his shooter in the house, sending the game to its second extra end. In that second extra-end, Czech Republic were able to score the single point for the win.

England recorded their first win of the week in this session, beating Finland, 9-4. These results ensured that Czech Republic, Finland and Poland finished the day in joint third place with three wins and two losses.