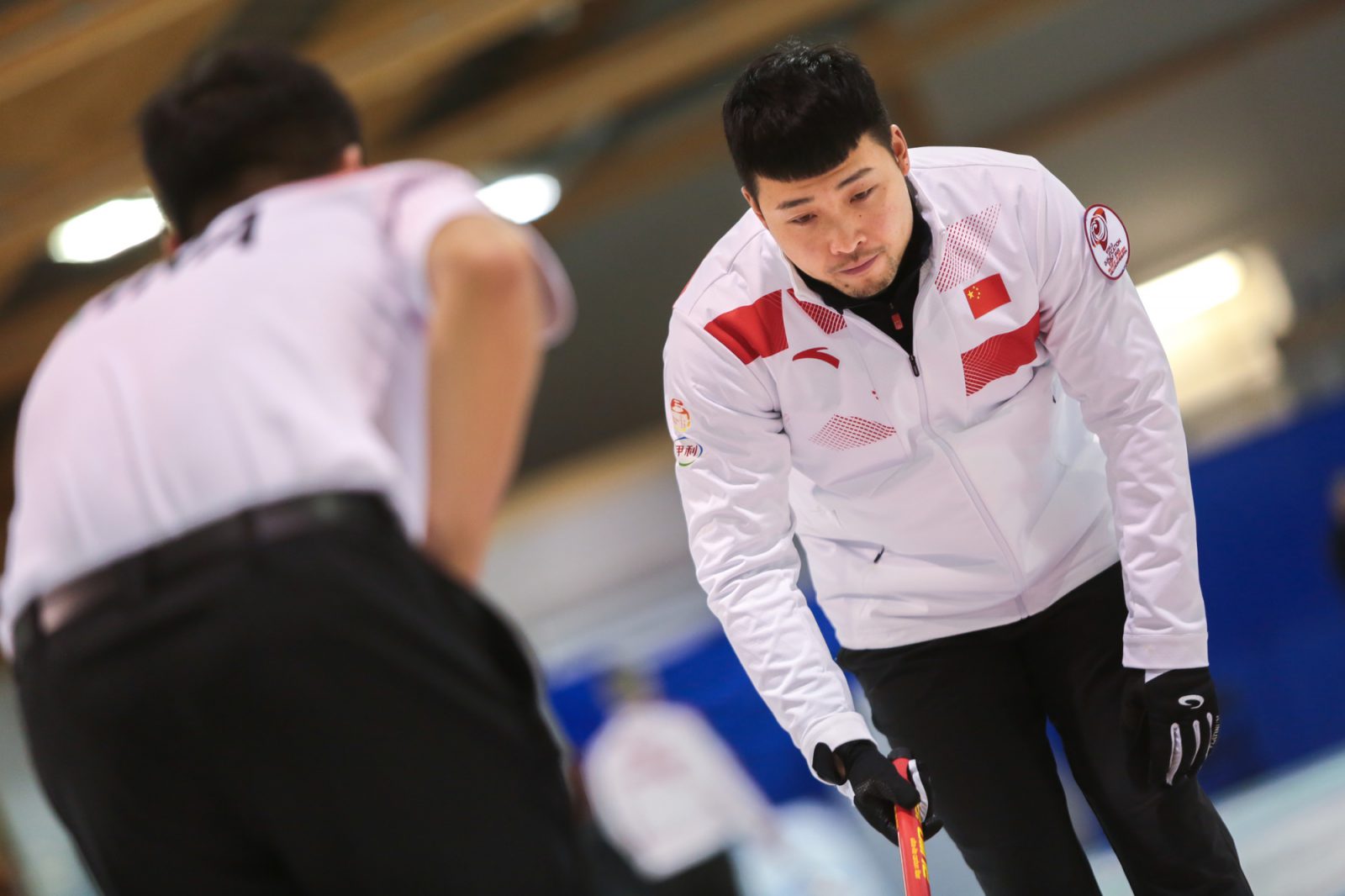 The World Qualification Event 2020 round-robin stage drew to a close on Friday (17 January) at the Kisakallio Sports Institute in Lohja, Finland and confirmed the remaining play-off places in the women’s and men’s competitions.

China secured first place in the men’s rankings and the first play-off place, after winning both of their games on the final round-robin day.

In the morning, China beat England, 8-7. China scored three points in the fifth end to take a 5-3 lead into the break, however, went into the tenth end trailing by a single point. Then, with last stone advantage in that end, were able to score the two points they needed for the win.

In the evening session, China defeated Czech Republic, 8-7, securing their win with a draw to the four-foot with the game’s final stone in the tenth end for a single point.

Afterwards, China skip Qiang Zou said, “We’ve played well this week. We’ve taken it step by step. We were better in this game than the last one and we’ll be better in the future. This gives us confidence for the play-off [game against Russia].”

Russia claimed the second play-off place. In the morning session, Russia beat Poland, 11-6, scoring three points in the second, sixth and ninth ends on the way to their win. Russia were then defeated in the final round-robin session, 7-12 by hosts Finland.

Despite this loss, Russia finished in second place and will now face China in Saturday’s (18 January) 1v2 play-off game.

Japan faced Poland in the final round-robin session, with the winner progressing to the play-offs in third place.

Japan took a 5-2 lead into the fifth end break, before securing their win with a score of four points in the eighth end for the 9-3 victory and the third play-off spot.

After their win, Japan skip Yuta Matsumura said, “It wasn’t a good start tonight, but we came back in the middle ends. It was good knowing that winning [against Czech Republic] got us into the play-offs.

The women’s round robin concluded on Friday afternoon, with a single play-off place available and both Norway and Turkey hoping to claim it.

Turkey faced Estonia in this session and went into the fifth end break level at 3-3.

Then in the second half of the game, Estonia stole single points in the sixth and seventh ends to move into the lead.

Turkey were only able to score a single point in the eighth end, giving last stone advantage back to Estonia, while trailing 4-5.

After blanking the ninth end, Estonia scored two points in the tenth end, for the 7-5 win and left Turkey waiting on the result between Korea and Norway to decide their play-off fate.

In the game between Korea and Norway, the scores were tied at 3-3 at the fifth end break, before Norway stole two points in the sixth end for the 5-3 lead.

Korea responded immediately with two points of their own in the seventh end, then stole three points in the eighth end to retake the lead, 8-5.

Norway were only able to score a single point in the ninth end, before being run out of stones in the tenth end, giving Korea the 8-6 win and a perfect 7-0 record in the round-robin.

That result ensured that Turkey secured the third play-off place in the women’s competition.

After the session ended, Turkey skip Dilsat Yildiz said, “We played well all week and we really want to go to the world championship. First, we had to get to the play-offs. Now we are ready, we are excited for tomorrow. It’s a very important game for us.”

Also in this session, Italy, who had already secured their play-off place, defeated Mexico, 11-2, while Finland defeated Australia, 13-5.

The 1v2 games for the women’s and men’s first world championship qualification spot takes place on Saturday at 09:00. The second qualification games take place that afternoon at 14:00. All times are Eastern European Time (EEST) which is UTC + 2.