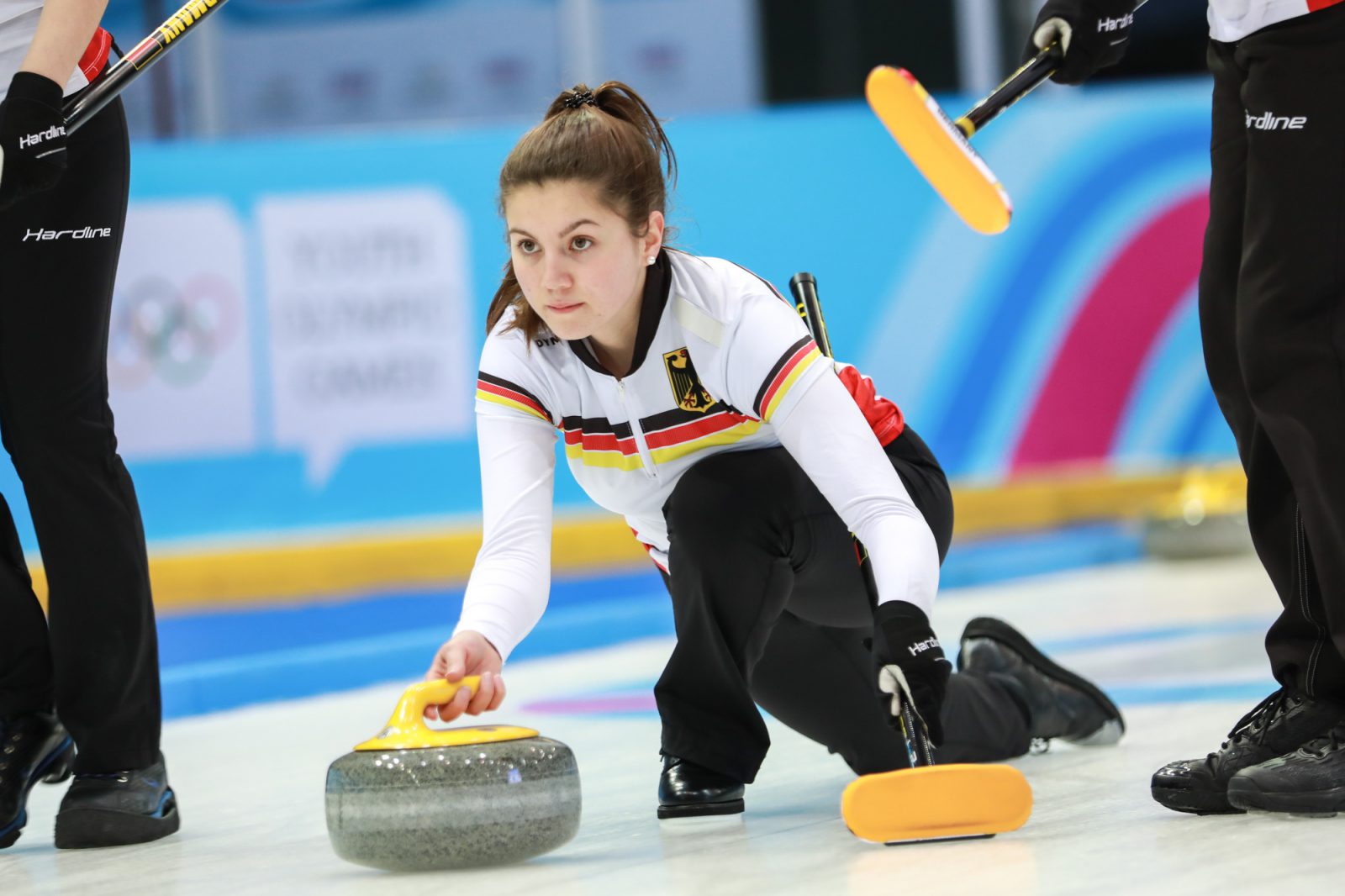 For two weeks in January, the world’s eyes were on the 2000 athletes competing at the Youth Olympic Games Lausanne 2020. Of that group, 96 talented curlers took to the pebbled ice in Champery, Switzerland.

Curling was represented by 24 nations worldwide – from North and South America, to Asia and across Europe, there was no lack of diversity on the ice.

For one particular 16 year-old from Germany, she began feeling the pressure of all of these new elements while sitting at home before the Youth Olympic Games began.

Though she’s competed at the World Junior-B and the European Youth Olympic Festival, this felt different.

To watch Kim play, one would never know nerves were on her mind to begin with. Her positivity and passion for the game shine brighter than any apprehension she once had.

Luckily, for Kim, she comes from a devoted curling family, who she can always lean on for support. Her dad, Uli Sutor, competed in three World Men’s and three World Senior’s championships. Her two older brothers – Joshi (20) and Magnus (18) [pictured below] – will be playing for the second year in a row at the World Junior Curling Championships in February. To top it off, her 14-year-old little sister, Joy, also plays alongside her as a fifth on Kim’s junior women’s team. 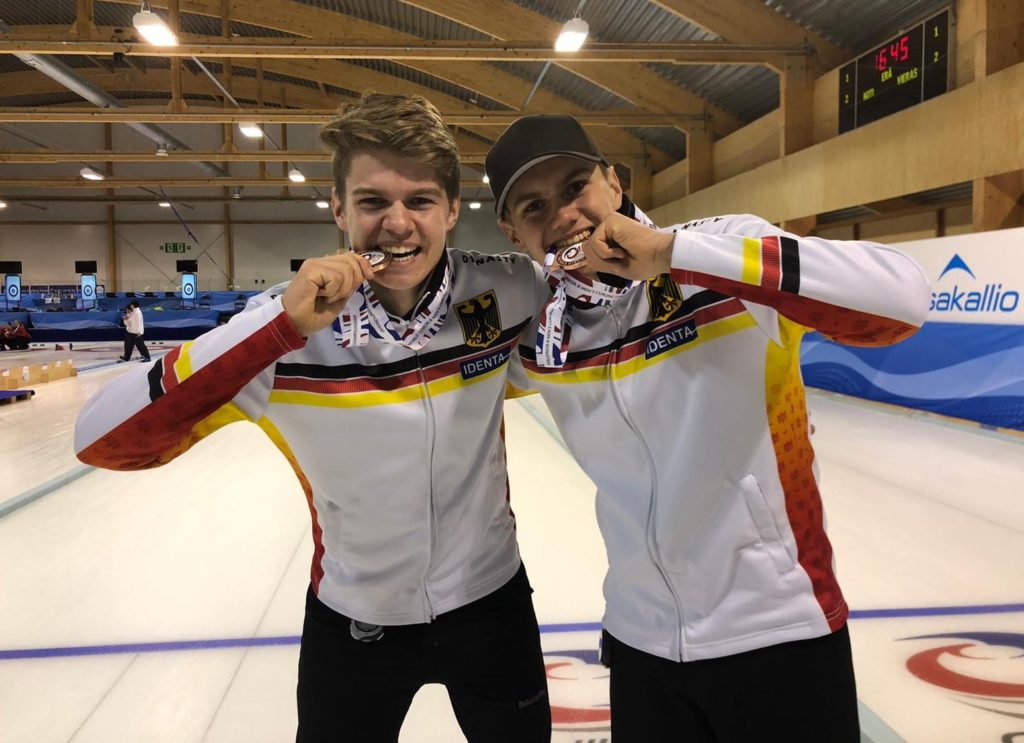 “That’s why I can sit here without shaking hands,” Kim said. “My brothers said ‘it’s all okay –  you don’t have pressure, Germany is a small country – they don’t want so much from you, you can do it – you’re an awesome curling player.’”

Kim’s dad, who also coaches Kim’s junior team, always made sure the top priority on the ice was to have fun. His dream is to one day have his four children compete on the same team at the World Mixed Curling Championship, with him as coach.

“He wanted his kids to play curling as well, get friendships and travel around the world. So, he decided to say “guys” try it and have fun – it’s the only thing he has ever said. The other stuff will come because of the fun,” she said.

The ‘other stuff’ did come for Kim while competing under the Olympic Rings for the first time. Her mixed team managed to qualify for the play-offs, but dropped the quarter-final game to New Zealand.

“It’s such a great feeling – we said we want to have a ‘Q’. We didn’t believe that much in it but now it’s so great to have it.”

In the stands cheering on Kim was her brother Joshi, who made the trip to Champery to support his sister, while Magnus had to write his school exams before heading off to the World Juniors.

“I am so proud of Kim that she made it through the hard selection programme in Germany,” Joshi said. “She practiced harder and improved her curling skills a lot since she set her goal to get selected to go to the Youth Olympics. It is so nice to see how much fun she’s having in Lausanne at the moment.”

“It was my dream a couple years ago to go to the Youth Olympics 2016 in Lillehammer,” explained Joshi. “But Germany, as a country didn’t have enough Olympic points to qualify, so I never got the chance.”

“Since that point my personal goal was to get enough points for Germany, so that a German team would have the chance to compete at the Youth Olympics 2020. With our fifth place finish at the World Junior Curling Championships 2018 Aberdeen, Scotland and then seventh place at the World Juniors in 2019, our team managed to get these points and secured Germany a place.

“This was so cool for me, because we basically made it possible that our sister could live her Olympic dream right now,” he explained.

Her second oldest brother, Magnus, believes in order for any of his family to be successful they all need to support and push each other. In addition to moral support, Magnus is Kim’s weightlifting coach, where they train together a couple times a week.

“But it’s not just us two are helping her, even Joy, our little sister, is cheering her up after a rough day and motivates her to keep it up and get the work done,” Magnus said.

“I think she is the sunshine in the German curling team.”