The Ukrainian Curling Federation has opened its very first dedicated curling facility. The two-sheet rink is located at the DreamTown Trade Center in the capital city, Kyiv. The ice is made by Patrik Kapralik.

The rink will operate all year round and the Federation has plans to host curling development programmes and an international summer tournament in the coming year.

Natalia Menzhega, the Ukranian Curling Federation’s Secretary Executive, said: “Now that curling ice is available in Ukraine we’re trying to grow curling as a professional sport. We will work on making men’s and women’s teams and we have juniors from our sports university who are practicing on a regular basis.”

Canada’s wheelchair curling athletes are among the best in the world, and a new video being released by Curling Canada is showcasing them.

The video, which was produced by Curling Canada’s marketing agency Cossette, features two members of Curling Canada’s national wheelchair curling talent pool — Jon Thurston of Dunsford, Ontario – who is a current member of the national team – as well as Next Gen athlete Carolyn Lindner of Winnipeg.

You can view the video in English by clicking here. The French version can be viewed here.

The video was produced not only to pay tribute to Canada’s wheelchair curlers and the hard work they’ve put in to reach their goals, but also as a recruitment tool to bring more athletes into the discipline.

“We have wonderful athletes in our country who’ve overcome all sorts of adversity but remain focused firmly on the opportunities that lay before them. They keep working hard to reach those goals,” said Katherine Henderson, Chief Executive Officer of Curling Canada. “This video will tell the story about the skills of our athletes, but also the discipline that goes into making them high-performance athletes.”

“We have a solid pool of athletes striving to represent Canada on the international stage, and there’s nothing like healthy competition to add motivation for those athletes,” added Gerry Peckham, Curling Canada’s Director of High Performance. “There are so many stories of athletes, such as Jon and Carolyn, who’ve found their way to wheelchair curling and have thrived through hard work and focus. They have an amazing story, and we want to tell more stories like theirs.”

For anyone arriving to Canada for the first time, especially in the frigid winter, it wouldn’t take long for them to realise that many Canadian’s spend the colder months making the most of the season.

You can find Canadians playing ice hockey on frozen ponds, skiing and snowboarding down the Rocky Mountains and skating on canals. No matter if they are five or 90 years old, you’ll definitely find Canadian’s throwing stones at colourful rings in curling clubs across the country.

This experience was very much the same for Aljoumaa Ali, who arrived in Canada ten months ago from Syria. Aljoumaa is one of the 30 participants in the Winnipeg Newcomer Sport Academy, for children aged four to 14. The academy promotes multi-sport participation and education to newcomers arriving to Canada from countries such as Syria, Eritrea, Ethiopia, Somalia, Sudan and the Ivory Coast.

Aljoumaa had the opportunity to try curling, through the Egg Farmers Rocks & Rings presented by Curling Canada, which he thoroughly enjoyed.

“It was really good,” Ali said. “You can’t win by yourself, you have to win as a team.”

Carolyn Trono, of the Winnigpeg Newcomer Sport Academy, recognises sport is a vital part of integrating children and their families into their new communities.

The academy recently introduced the group to Rocks & Rings – the off-ice version of curling which uses FloorCurl equipment to mimic the game. Rocks & Rings is delivered in partnership between Curling Canada and Rock Solid Productions Inc.

“One Canadian sport is curling,” Trono said. “We can’t always get on the ice and go to a curling club. But we expect to – so a great option is to use Curling Canada’s Rocks & Rings programme which is a modified version that you can use in the gym.”

After explaining the initial rules and concepts of the game through Rocks & Rings, the group took their new-found skills to the ice.

“This is a very new thing for them – so when I said ‘we’re going on ice’, because they’ve done skating before, they say ‘do we bring our skates for curling?’

“They have opportunities to connect with other kids, and other Canadians, in a sport environment. So now they can be invited to the curling rink and actually know the game,” Trono continued.

For more information on the World Curling Academy click here. 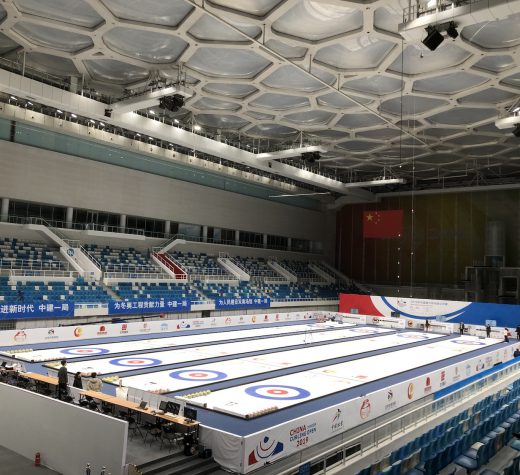 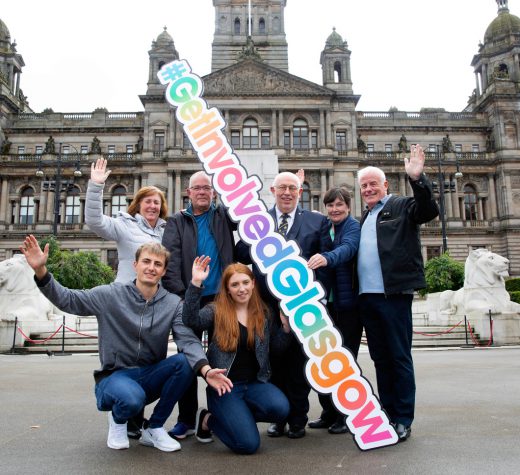 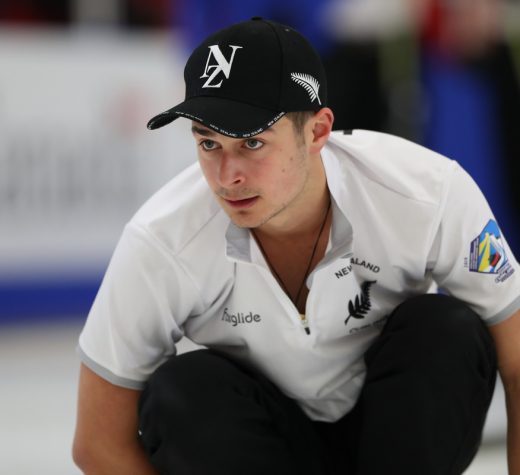