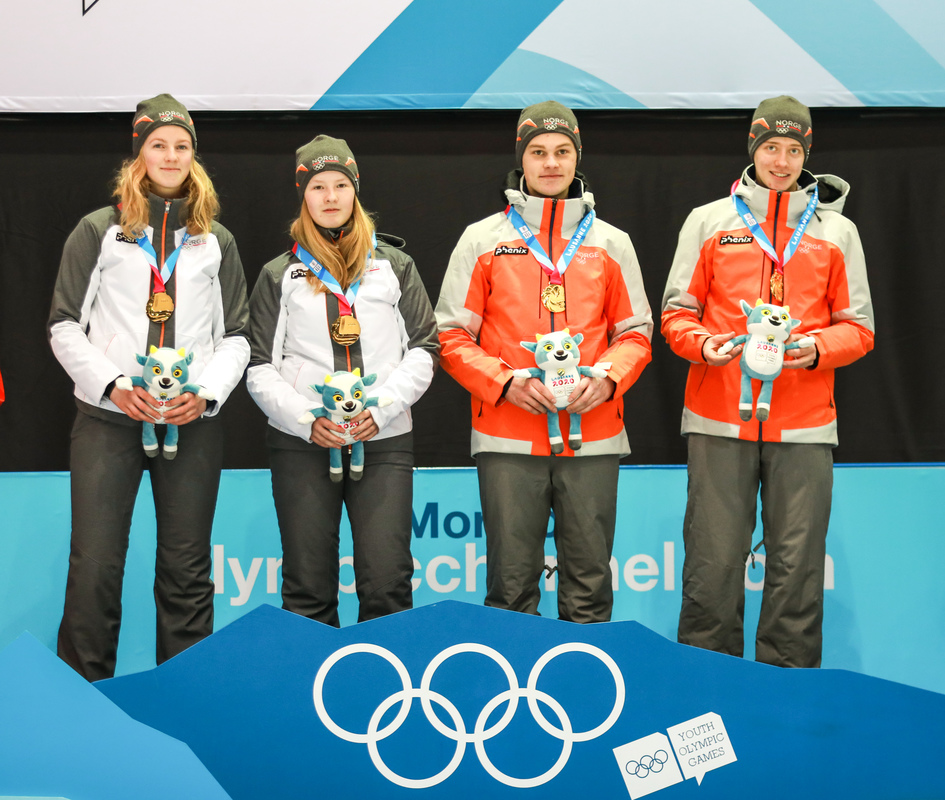 Norway are the third Winter Youth Olympic Games mixed curling champions, after beating Japan in the gold medal game on Thursday (16 January) in Champery, Switzerland. With this, Japan earned the silver medals while Russia defeated New Zealand for bronze.

In the fourth end of the gold medal game, Japan’s skip, Takumi Maeda, was heavy on a draw to the four-foot ring and gave Norway a steal of one point to go up 2-0. Japan leveled the game after the sixth end, with two single scores in both the fifth and sixth ends.

Norway’s fourth thrower, Buraas, had a chance to draw for three points in the seventh end, but ticked off a guard, getting just two points to make the score 4-2. In the eighth end, Japan scored two points with a perfect angle tap to tie the game, 4-4, and force an extra end.

In that extra end, Norway’s made a hit and stay take-out to score the gold medal winning point, 5-4.

“I think the biggest moment was of course the last end, but also we had a steal in the fourth end, that was pretty big,” said Norway’s skip Lukas Hoestmaelingen.

“He [Maeda] was unlucky and drew a little bit too far, but then they got a steal back, it was a draw. Then their second point in the last end was also really-really key moment for them.”

After the game, Japan’s skip Takumi Maeda said, “Our goal coming here was to get a medal so we are very happy. Every game was a big one for us – coming through the quarter-finals, the semi-finals and on and we hope to use this experience in the future.”

“The first half [of the game] we didn’t have everything working the way we wanted so at the break we asked our coach how to come back in the second half. We were able to have a good second have and it was an exciting game,” he said.

The Russian’s started strong, opening with three points after a perfect tap to the button by Denisenko. In the second end, New Zealand’s skip, Hunter Walker, was light on a draw against four and gave Russia a steal of three points and a 6-0 advantage.

New Zealand responded with draws for two points in both the third and fifth ends to make the score 8-4. The game had a tense moment in the sixth end when Russia faced a draw against three counter stones. Denisenko’s stone managed to stay in the four-foot ring just enough to score a single point and go up 9-4.

Russia ran New Zealand out of stones in the eighth end to claim bronze, 9-5.

Russia’s lead, Nikolai Lysakov commented on the win, “It’s actually a great experience because it is my first time in such an international competition. It’s great to be a medal winner.”

Lysakov spoke about their early lead, “We felt confident right from the beginning and managed to put some pressure on our opponents which eventually gave us the three and then another three.”

“There were a couple moments which we made mistakes and it was hard to stay focused throughout the game,” he continued. “I was trying to cheer up my teammates to stay focus and not forget the game isn’t over.”