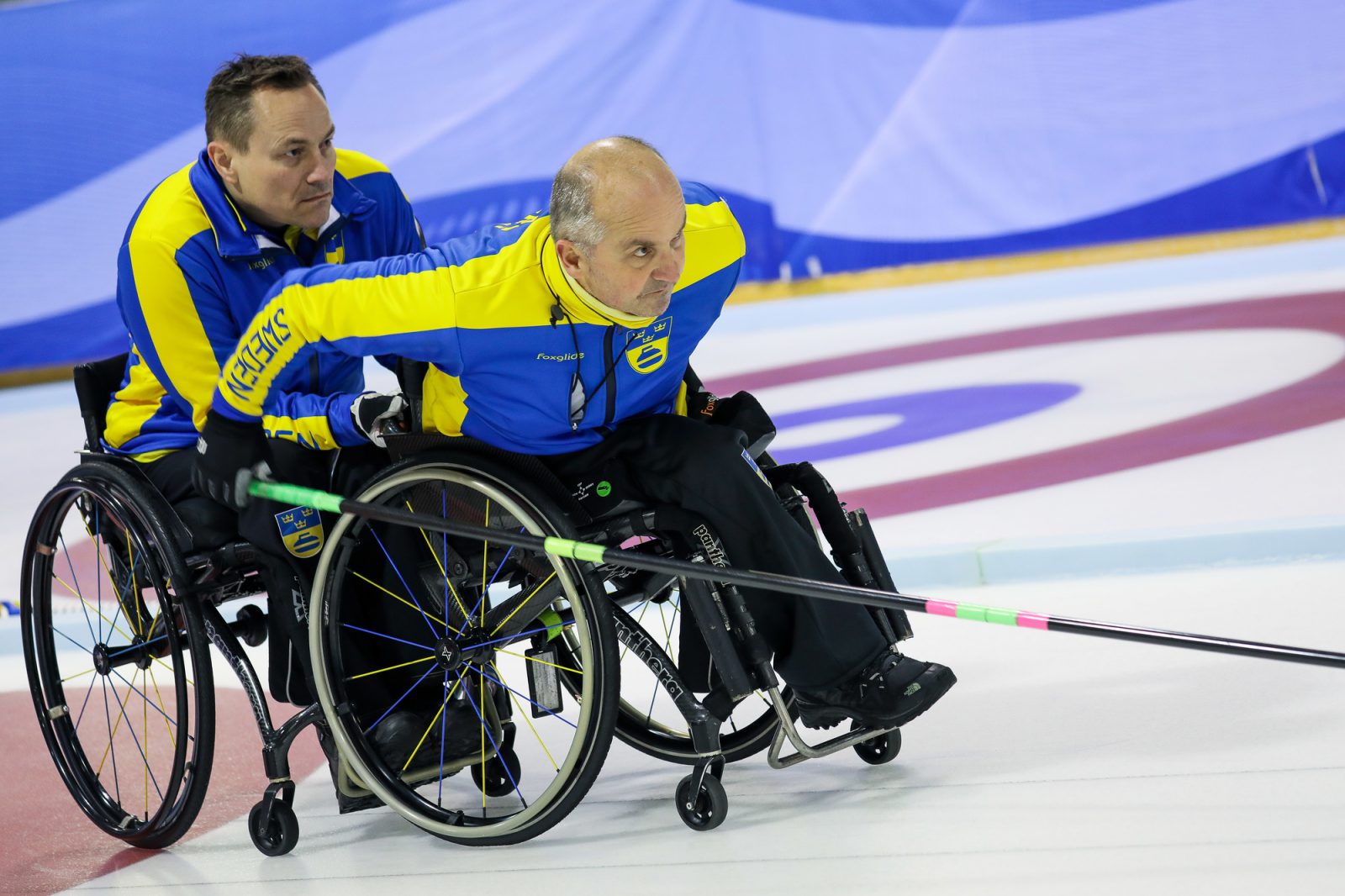 The play-off places were finalised at the conclusion of the round-robin stage of the World Wheelchair-B Curling Championship 2019 on Sunday (1 December) morning in the Kisakallio Sports Institute, in Lohja, Finland.

Canada finished in first place in Group-A with five wins and one loss to progress directly to Monday (2 December) morning’s semi-finals. While Slovenia topped Group-B with a record of 6-1 to take a place in the other semi-final game.

In Group-A, Italy finished in second place and Sweden secured third to claim the remaining play-off places from the group and will now compete in Sunday evening’s qualification round.

In Group-B, Germany finished in second, while Czech Republic secured third place to take the final play-off spots and move into Sunday night’s qualification round.

In that qualification round, being played tonight at 18:00, Italy will face Czech Republic, while Sweden will play Germany. The winners of these games move onto Monday morning’s semi-finals at 09:00

The gold and bronze medal games take place on Monday afternoon at 14:30 and will see the three medal winning teams also secure a place in the World Wheelchair Curling Championship 2020 in Wetzikon, Switzerland from 28 February to 7 March.