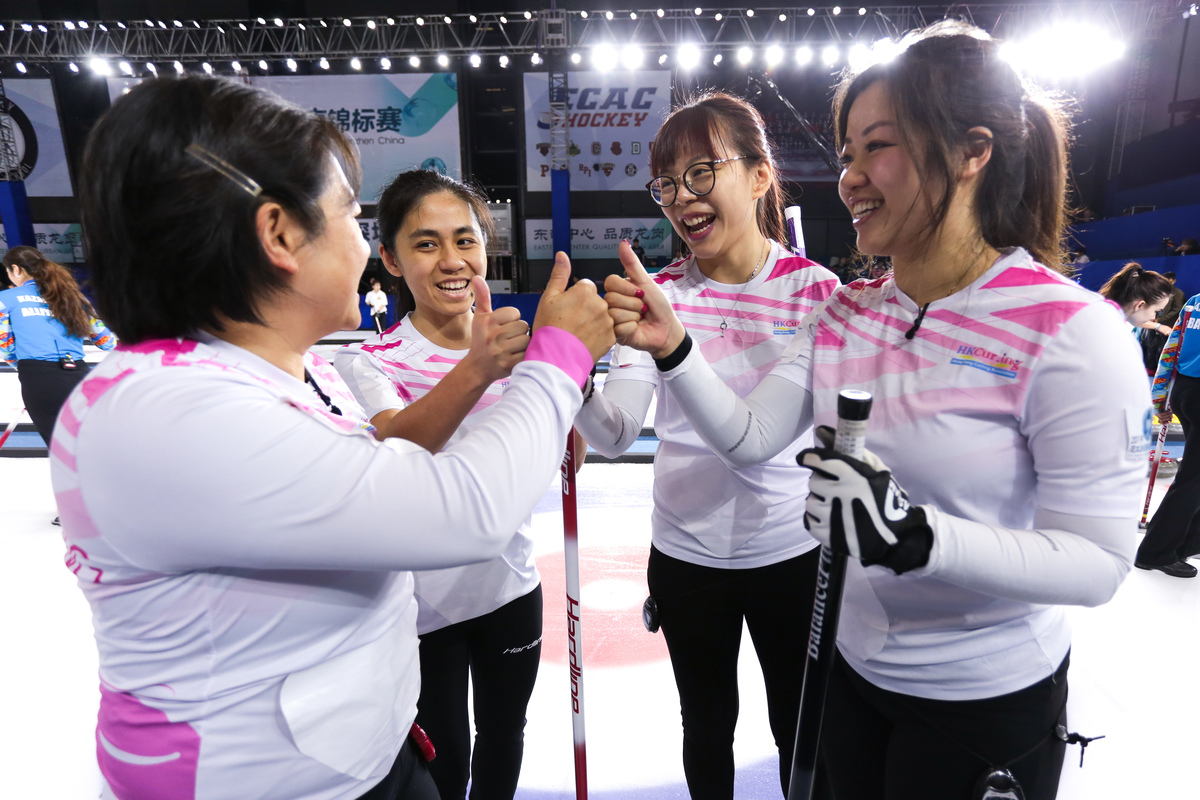 Hong Kong are the final team to qualify for the women’s semi-finals at Pacific-Asia Curling Championships 2019. They join China, Japan and Korea who secured qualification on Wednesday (6 November).

The second women’s semi-final will be at 09:00 on Friday (8 November, China Standard Time) between second ranked Korea and third ranked China.

Hosts, China, Japan and Korea all won their final round-robin games. China beat Australia 11-2; Japan defeated Kazakhstan 11-0; and Korea won against Chinese Taipei 14-2. With all these teams finishing on six wins and one loss, their final ranking was determined by the draw shot challenge.

In the fourth end, Qatar had the opportunity to hit for one point, but skip Mubarkah Al-Abdulla’s shot just missed its target handing Hong Kong three points and a 10-2 lead. In the end Hong Kong won 10-4.

Hong Kong’s skip Ling-Yue Hung said, “I had my draw weight this game and I didn’t have it last night so that’s much better. It always good to be in the semi-finals.

“I’m really pleased [with how team is progressing]. We actually brought in two new players who haven’t had any competition experience until this one. So, I’m ecstatic that we are where we are because it’s exceeding my expectations for this tournament. [The two new players] are learning lots. They are doing lots of adjusting and I think they’ll be really good in a few years.”

In the second end of their game against China, Australia’s skip, Lauren Wagner, just managed to draw her last stone closer to the centre of the house, than her opponent’s closest stone. The one point achieved levelled the score 1-1.

Then, in the fifth end, China’s skip, Yu Han, attempted a hit-and-roll for three points, but her last stone rolled too far. She still managed to secure two points from the end. This made it 5-2. In the end, China won 11-2.

Japan completed the round robin at the top of the standings after beating Kazakhstan. In the first end, Japan’s fourth player, Ikue Kitazawa, was looking to draw for three points, but her last stone was short. Japan still took two points from the end, before going on to win 11-0.

In the final game of the session, after an opening draw for four points, by Korean skip, Un Chi Gim, Korea beat Chinese Taipei 14-2.