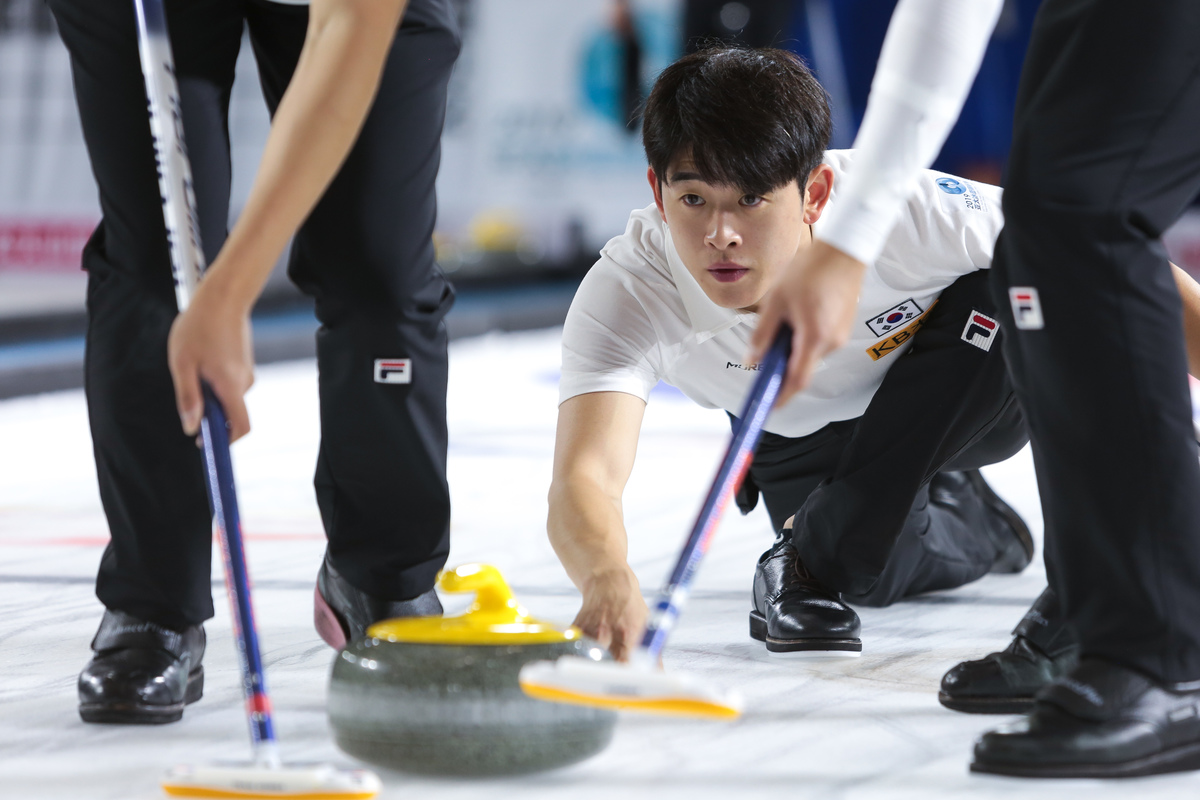 Home / News / Round robin complete as teams prepare for semi-finals

The round-robin stage at the Pacific-Asia Curling Championships 2019 is now finished, after the men’s ninth session on Thursday (7 November) afternoon.

Prior to this session, the teams were already set for the semi-finals which will take place on Friday (8 November). Korea, Japan, China and New Zealand are the top four teams of the ten-team field. This session determined final ranking positions, and who will face off in the semi-final.

Undefeated Korea will play fourth place New Zealand at 09:00 and second placed Japan will meet hosts, China at 14:00 in the second semi-final. Both games are China Standard Time, eight hours ahead of Universal Coordinated Time. The Japan versus China game is live on World Curling TV and national broadcasters.

New Zealand picked up their sixth win, against Kazakhstan, 11-4 to keep their three game winning streak alive. Australia and Chinese Taipei also finished on a winning note, against Nigeria and Qatar respectfully.

Korea checked off their ninth victory and finish the round robin as the only undefeated side in the competition after their win against China.

In the first end, Korea’s skip Chang-Min Kim, made a nose hit for two points to open the game. Then, in the second end, China’s skip Zou Qiang faced three counter stones on his draw for one point. His stone slid too far, giving Korea a steal of three points and a 5-0 lead. China didn’t recover from the early deficit and Korea won, 11-1.

This year in the men’s competition the gold medallist will earn a place in the LGT World Men’s Curling Championship 2020 in Glasgow, Scotland. That event will take place between 28 March and 5 April.

Kim commented on the importance of earning that spot, “I think it’s not just important for Korean Curling but we want to qualify for the worlds to represent the Pacific-Asia region. There, we want to do our best, so the whole Pacific-Asia area can have more slots at the next Worlds.

“The big goal for us is to go to the Beijing Olympics, and everyone in Korea hopes to see Korean curlers do well in the next Olympics. So, if this time we can qualify for the worlds and have great performance there, I’m sure we can have more chances for the Olympics so we’ll do our best to get there,” said Kim.

Nigeria have bowed out of their first appearance at the Pacific-Asia championships with their heads held high.Despite having zero wins, Nigeria made strides each game, gaining exposure for curling in Africa for the first time.

After their final round-robin game, against Australia, both teams stayed on the ice to take photos and meet their competitors – the true Spirit of Curling.

Nigeria skip, Harold Woods III, shared his experience in Shenzhen, “It’s been a great experience the whole time and we really enjoy our time here. Our goal was to get at least one or two wins here, we felt short of that but it’s our first time here. We are here to get experience and learn and see what we have to do.

“I’m thankful that I was able to see different styles of play from different teams and learn from them. We feel like even in the very near future we’ll be a very competitive team and we can’t wait to come back next year.”