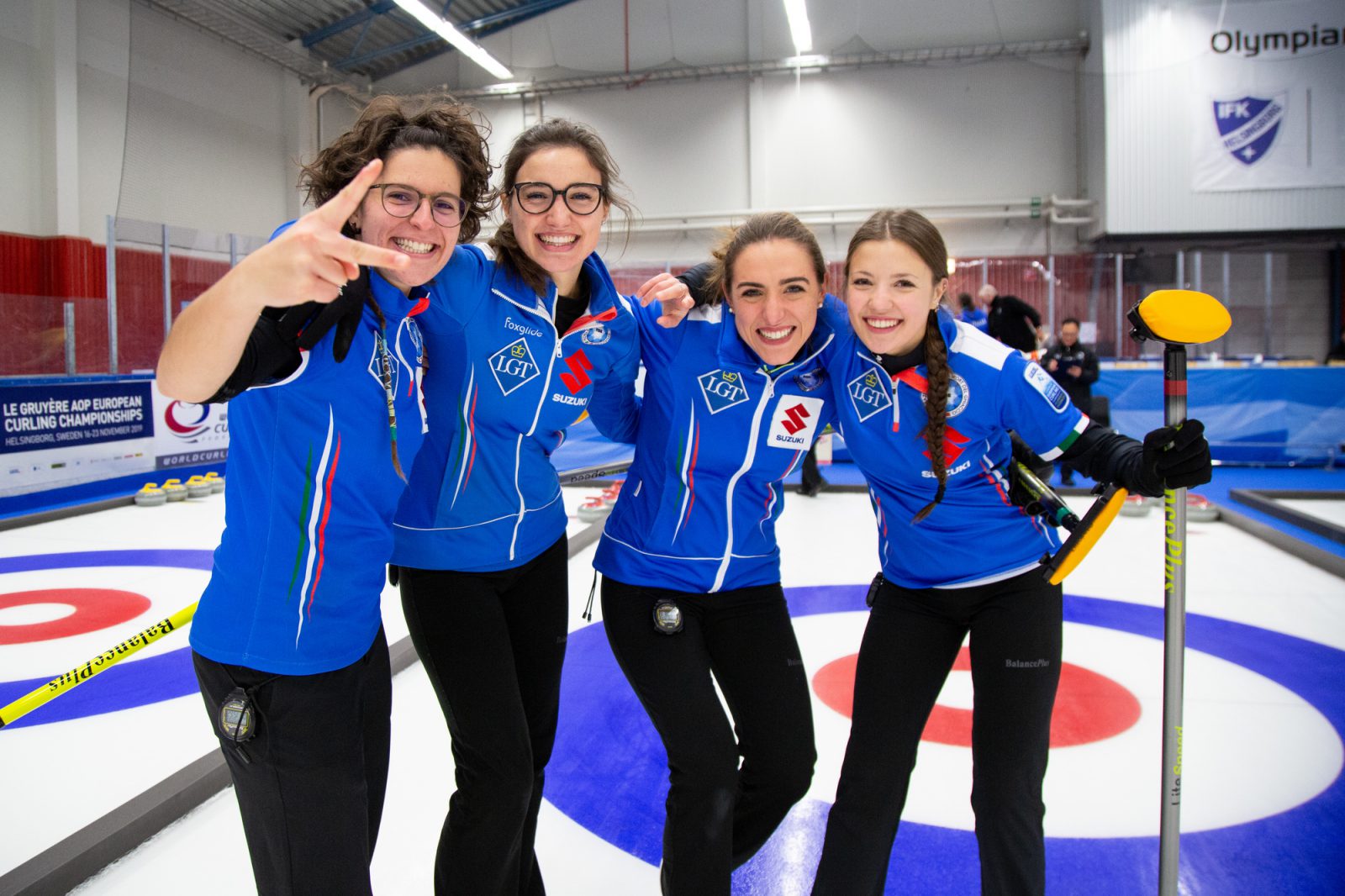 Italy took a 4-1 lead into the fifth end break, then stole a single point in the sixth end to increase their lead to 5-1.

Turkey – skipped by Dilsat Yildiz, with third Oznur Polat, second Semiha Konuksever, lead Mhiriban Polat and supported by alternate, Ozlem Polat – scored a single point in the seventh end. After two blanked ends by Italy, Turkey were run out of stones with the score, 5-2 to Italy.

In the women’s bronze medal game being played at the same time, Hungary – skipped by Dorottya Palancsa, with third Henrietta Miklai, second Nikolett Sandor, lead Dorottya Micheller and alternate Villoe Hamvas – defeated England, 9-2. A steal of four points in the ninth end, by Hungary, brought the game to a close.

Finland – skipped by Jermu Poellaenen, with fourth Jere Sullanmaa, third Jason Moore, second Iikko Saentti and alternate Melker Lundberg – scored three points in the fifth end to level the game at 4-4 going into the fifth end break. However, Czech Republic responded with three points of their own in the sixth end to take a lead they would not give up.

After this result, Finland take home the silver medals.

Due to Finland hosting the World Qualification Event 2020, in Lohja from 13-18 January the place their finish would earn has been passed to the third placed finisher. Poland’s bronze medal win now also gives them a place in the world qualification event with spots in the LGT World Men’s Curling Championship 2020 being held in Glasgow, Scotland from 28 March to 5 April, on the line.

For standings and other information on the B-Division, visit here.