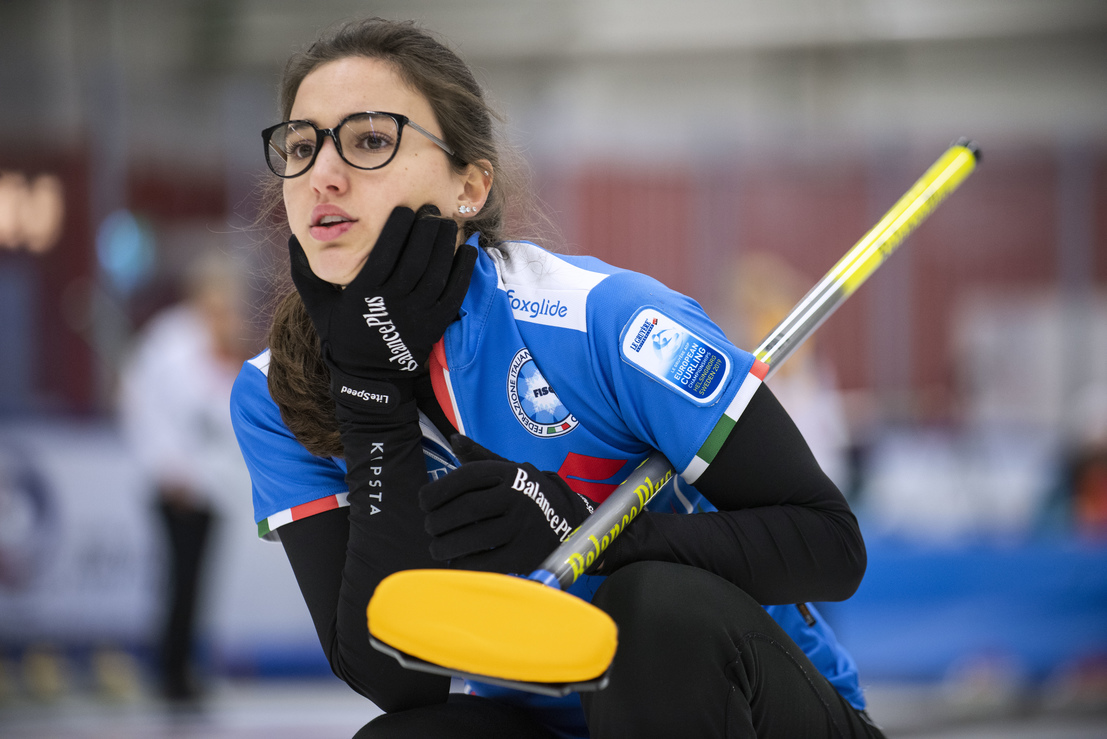 In the third day (18 November) of the women’s curling B-Division, Italy and Turkey registered their fourth wins and remained the only two teams undefeated.

In the morning session, Italy had to go to an extra end against Finland but managed to come out on top 8-7. Turkey successfully overcame the obstacle of Slovakia and defeated them 7-4.

This session also saw England suffer their first defeat of the competition, at the hands of Spain with a score of 6-2. With this victory Spain moved onto the same record as England at 3-1.

Elsewhere, Poland registered their first win of the championship with an 11-4 victory over Belarus.

In the last game of the session Hungary moved to a record of 2-2 by defeating Lithuania 10-3. The Lithuanians have yet to register a win and have suffered four losses.

The Fins beat Bulgaria 8-5, with that first win still eluding the Bulgarian team.

Slovakia managed to record their first victory of the campaign, overcoming the obstacle of Estonia 10-3.

Hungary suffered their first loss of the championships by falling to Wales 7-5. The Welsh were helped by a score of four in the second end.

Elsewhere, Israel remains winless after losing to Belarus who move top of Group B with a record of 3-1.

Latvia moved to a 2-2 record alongside France – whom they beat 10-6, helped by a score of four in the first end.

In the last game of the session Czech Republic improved to a record of 2-1 by defeating Spain 7-3.