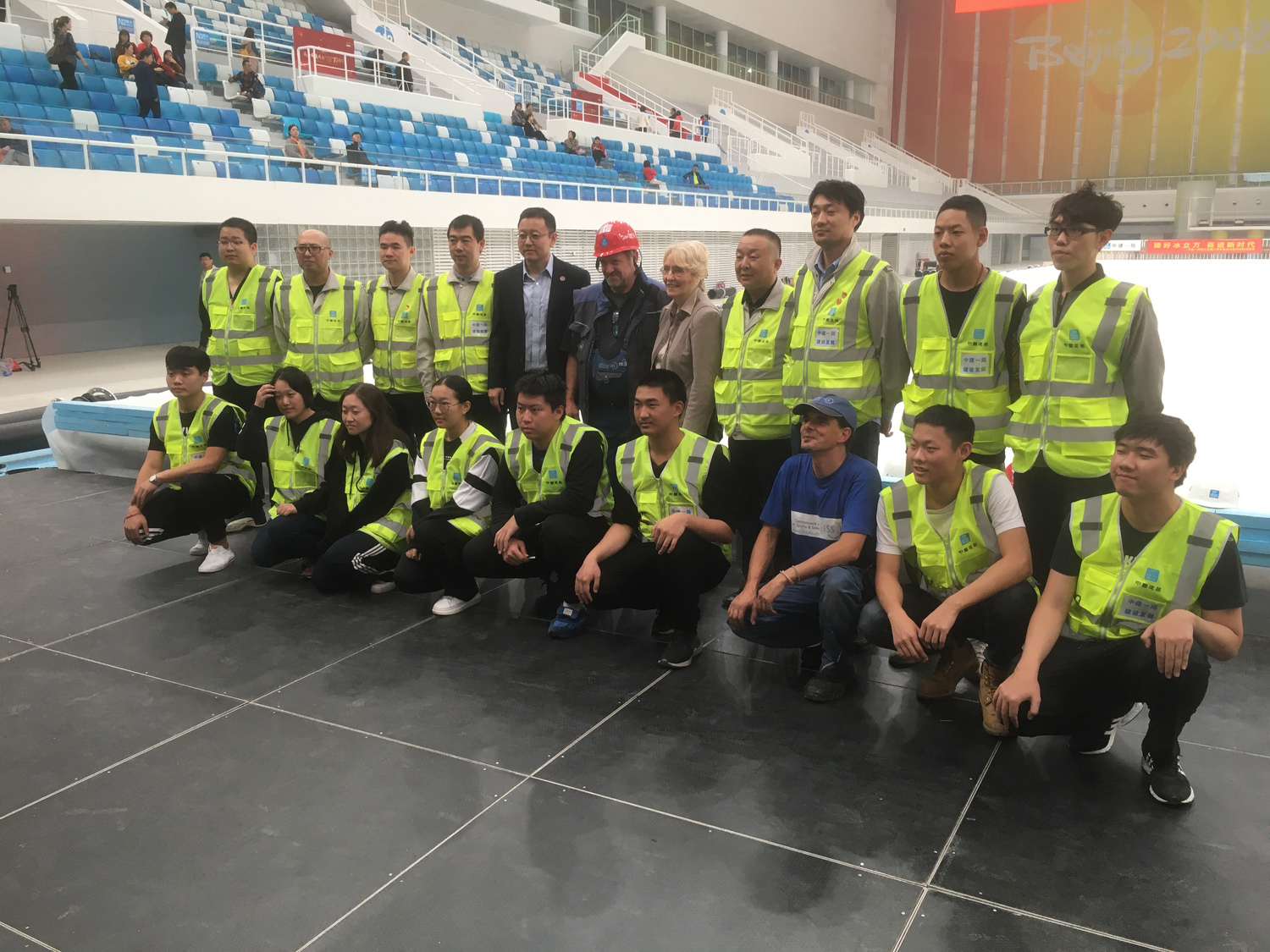 World Curling Federation President, Kate Caithness, has visited Beijing, the host city of the 2022 Olympic and Paralympic Winter Games, to help develop plans for curling’s legacy in China after the Games have been played.

The President gave two keynote lectures. First, to Chinese winter sports stakeholders at the 2019 World Winter Sports Expo. Then to students at the Beijing Sports University. There she was accompanied by World Curling’s Head of Development Scott Arnold and Rock Solid Productions’ Chad McMullan. Caithness is an honourary professor and the Dean of the Curling Academy at that institution. 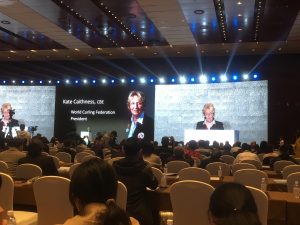 The lectures focussed on developing curling in China. Outlining plans to align with the government’s aim to have 300 million people playing winter sports by Games-time. These include, delivering floor curling and introductory on-ice sessions across China.

During her visit, Caithness visited the iconic 2008 Olympic Summer Games swimming venue. This building will become the curling arena for 2022. 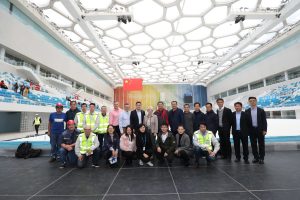 The Beijing National Aquatics Center, famously known as the ‘Water Cube’, will host curling at the next Olympic and Paralympic Winter Games. For the upcoming winter Games it is being called the ‘Ice Cube’. Construction of the curling floor is well underway and competition testing will begin in December 2019. 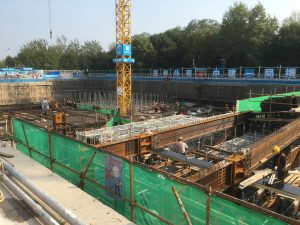 A dedicated four-sheet curling facility is being built on the grounds of the Ice Cube. This will act as a physical legacy for the sport after the Olympics and Paralympics. During the Games, supporters will have the opportunity to try curling in this facility.

Finally, it was confirmed that Chinese Curling’s Li Dongyan is to be a special advisor to the World Curling Board. His curling expertise will help the World Curling Federation deliver successful curling events during the Games cycle.

Caithness said: “Plans for curling at Beijing 2022 are well underway. I was delighted to visit the city and meet with the experts transforming the National Aquatics Center into curling’s ‘Ice Cube’.

“I’m also pleased to welcome, Li Dongyan, as special advisor to the Board as he assists us in ensuring a successful legacy for curling following the Games in China.”