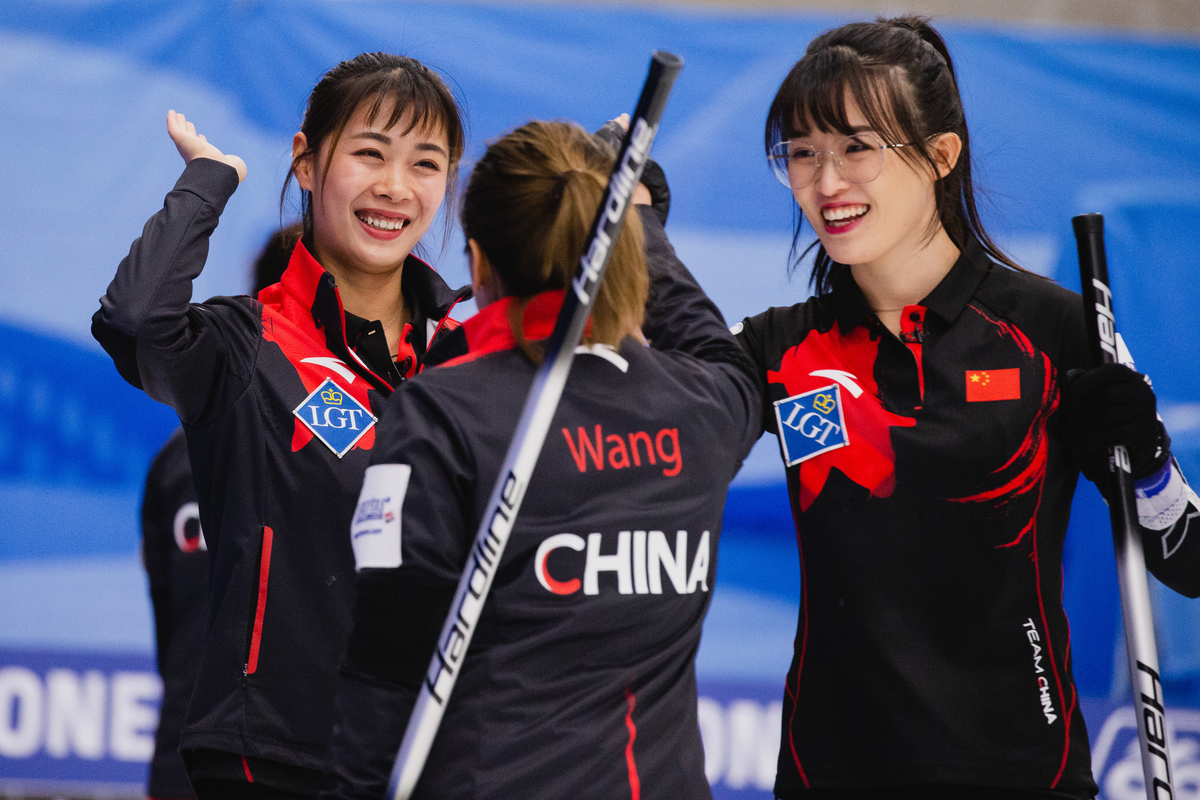 More and more, nations are asked the benefits of the investment of a large sporting event and what its legacy will be. Beijing will host the next Olympic Winter Games and will likely face similar questions as every other Olympic city in recent history.

If their hosting of the Olympic Summer Games in 2008 is anything to go by, China will invest heavily in winter sports.

That’s clearly the case in their national curling teams anyway. The Olympic Winter Games 2022 will mark the 20th year of the Chinese Curling Association, which became a Member Association of the World Curling Federation in 2002. In that short amount of time, they have been quite a successful nation, emerging as one of the Asian powerhouses over the last decade.

Overall world championship competitions, China has won 11 medals: two gold, three silver and seven bronze; as well as a Paralympic gold in 2018 and an Olympic bronze in 2010. The nation’s investment in the sport has paid off so far but still has far to go.

The strongest Chinese team just now is in wheelchair curling. With the most recent World Wheelchair Championship bringing China its second world gold in the sport, with the same team skipped by Wang Haitao winning that Paralympic gold the previous year. Prior to his 2019 win, it had been a decade since the nation’s last and first world gold medal – at the World Women’s Curling Championship in 2009.

Arguably, China’s greatest ever curler, Wang Bingyu, colloquially known as ‘Betty’ paved the way for success in the sport, winning the nation’s first world medal with silver in 2008 before upgrading that a year later and adding a bronze two years later. She set the bar for Chinese curlers and showed how capable the nation is in competing with the best.

But, that means it has been eight years since a women or men’s side – whose best performance was fourth in 2008 – has made the podium. Most of the success has come in wheelchair and mixed curling in recent years.

Yet, optimism is spread across the national body with ambitious targets set. If they are to achieve their targets, it’ll be their most successful Olympic Winter Games. As with any good planning, the team aren’t focusing on Beijing in 2020 or 2021, they are already well underway in their planning now.

China’s quest for gold began with two key appointments to ensure that the events are a success on and off the ice. These came in the form of the aforementioned Wang Bingyu and Sweden’s Peja Lindholm.

Bringing together these heros of the sport might look like the start of curling’s answer to The Avengers. The 2022 hosts have backed up their targets with Lindholm as the new national coach after building some unstoppable Swedish sides over the past nine years as their national coach. Wang, now retired as of last year, brings her knowledge of the sport to the organising committee as the Curling Program Director.

Lindholm retired as a player in 2007 at the European championships and three years later he was coaching the Swedes in the same competition. Two of the best skips of this generation, Anna Hasselborg and Niklas Edin, were under the watchful eye of Lindholm in his time with the national team. With a total World and European medal haul between them of 24, Hasselborg to date has only failed to medal at the world championship and European championships once. Edin has only failed twice, in both, in his 19 appearances overall. Talent clearly lies with the individual, but a good coach helps – and Peja’s record speaks for itself.

And yet, he initially turned down China’s national coach offer.

“I got an email in the spring from China and they asked me,” said Lindholm, “I assumed they wanted me to move to Beijing and they said yes. So, at first I said, ‘thanks, but no thanks’ because I didn’t want to move from Sweden.

“Then they asked me if there were any way they could have me as national coach and I was able to find a solution. I was able to hire three head coaches: one for men, one for women and one for mixed doubles.

“They moved to Beijing and my role will see me going back and forth between Sweden and China. The first year, I’ll be there around 130 days and then more and more the closer we get to the Olympics.”

Just a month before Lindholm’s appointment, Wang Bingyu was announced as the Curling Program Director for Beijing 2022. Her role involves making the event come together perfectly from the venues, to the staff, to equipment to making sure that the curlers stay happy by feeding them. After the last Olympic Winter Games, she was recommended for the role and now is nearly six months into the job.

She is hoping that the move from player to behind-the-scenes can be successful for all.

“I have participated in three Olympics so I think I know very well what the Olympics and Paralympics mean to an athlete, coach or a country,” said Wang, “I think I understand the needs of athletes so that I can help them provide the best service.

“Many things are new and I’m learning every day. I used to be an athlete so what I know about curling is mainly technique and tactics. Now, I have to organise the competition – The Olympic Games.”

When asked about how much the two work together, Lindholm was quick to say “at the moment, not at all: due to how busy his colleague is. Despite having little interaction, they are both aiming for one common goal – inspiring the next generation of Chinese curlers.

“I think these young athletes will encounter many difficulties, but I think everyone encounters them. I hope they can realise their dreams through their own efforts.

“Although curling has made some achievements in China, there is still a lot of room for development.”

From a coach’s perspective, Lindholm’s selection policy is not unlike a reality TV show. He started with a pool of hundreds of potential hopefuls before bringing the numbers down to 48 and now roughly 30. Those remaining will benefit from full tactical education and technique training before the players are further whittled down to the final Olympic teams, selected by the coach.

“In the beginning I want to focus on their physical levels so we know for sure that they have a good athletic base to start from.

“Once they have all the physical skills that we expect them to have, then we move onto the curling drills and other exercises like that. It’s so we know that they have great technique and improve their tactical level as well.

“I love their attitude,” he said, “They’re so eager to learn. They listen so carefully to what me and the coaches have to say to them and they’re doing their best all the time.

“Every week they train 30 hours so my job is to find a balance for them. We just have the right mixture of physicality and the time on the ice and the recovery and everything else that’s involved.”

When speaking to the skip of one of the best rinks of all time, the question has to be posed: what is the difference between the top sides and China’s best?

“Not a lot really,” he said, “It’s about these players getting a lot of experience from big events like the world championships and making play-offs and experiencing that.

“At this moment, we’re not focusing on being the next world champions. We’re focusing on the long-term – to be on top at the Olympics.”

The one notable blemish on Lindholm’s playing career was never winning Olympic gold, something that he achieved as a coach with Hasselborg at last year’s Olympics. He’s now officially won it all and experienced victory on every level and he’s looking for the same again in Beijing.

“I absolutely get the same feeling of winning as a coach as I did as player. As a coach, you win and lose with the team.

“To me, to finally get that Olympic gold was an unbelievable feeling. I was exactly the same when I won the Worlds as a player. There’s no difference at all. If you’re not committed to everything then you won’t have the passion either. I love to have the feeling of being involved.”

Working hard on the organisation, Wang is assured of how great the event will be in 2022 but is still modest in what they can achieve.

“To be frank, I don’t want to talk too much at the moment about plans because my team and I are all working hard to make it a good tournament. What’s the final result? Let’s leave it to all those who come to Beijing to evaluate it.

“I hope that through my efforts, the athletes and coaches who come to the competition can have a happy competition experience and unforgettable memories.”

Lindholm’s passion for making these teams victorious is evident. He’s always enthusiastic in his manner but his enthusiasm talking about China cannot be considered his usual behaviour. There’s belief there that the hosts can do something special when the time comes.

“I know the potential the players have so once I got introduced to everything I accepted that because I truly believe we can win the golds. If I didn’t believe that, I wouldn’t have taken this position.

“My mission is crystal clear from those who hired me and that is: we’re going to Beijing to win gold medals. Nothing less than that.”