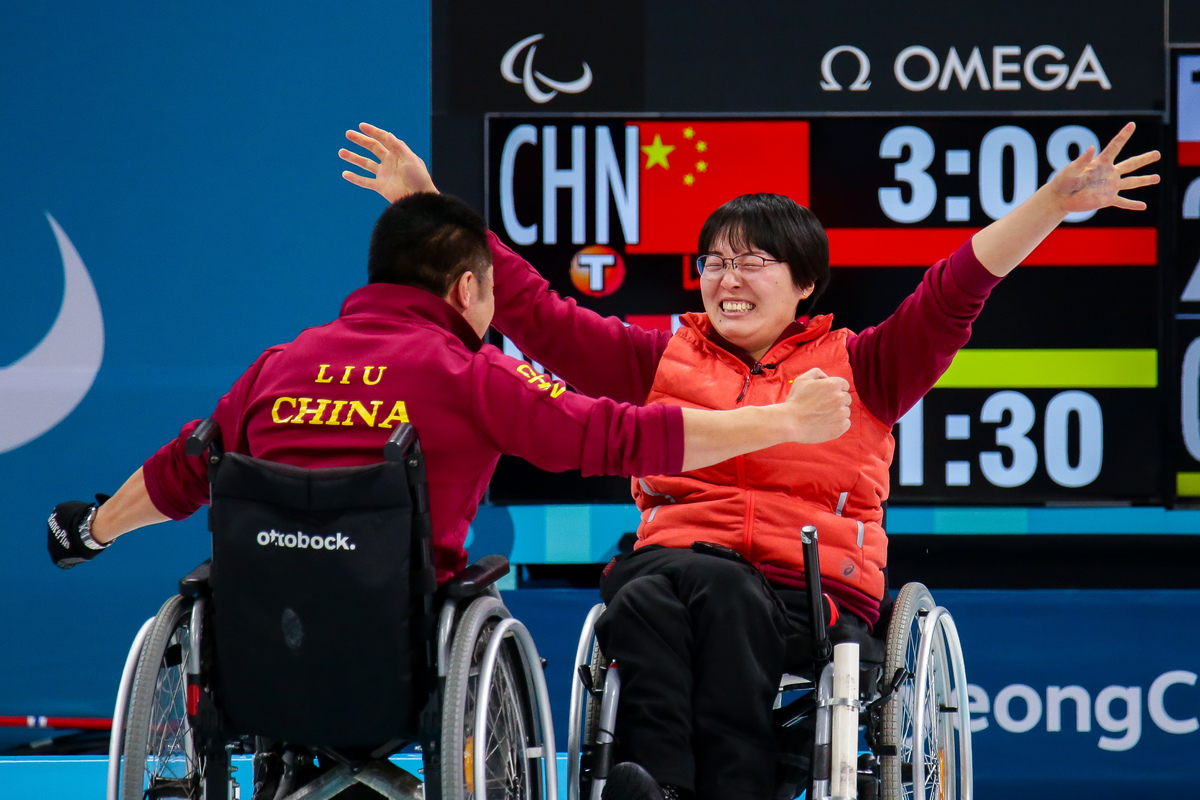 It has been awarded to the team made up of, skip Haitao Wang, third Jianxin Chen, second Wei Liu, lead Meng Wang, alternate Qiang Zhang and coach Qingshuang Yue, for outstanding performances at the PyeongChang 2018 Paralympic Winter Games.

That victory, and those performances, were poignant, not only for China’s curlers but, for the nation as a whole because it was China’s first ever Paralympic Games medal.

At the time, skip Wang, said: “We just cheered each other on throughout the game and I tried to do my best. Maybe that’s the reason why we could get the gold medal. China, my country is very important for me, so listening to the national anthem was a very special moment. It’s the first medal of a Chinese team in the Paralympic Games, and I think it is pretty big. We are very excited.”

China beat Norway, 6-5 after an extra end, in the Paralympic gold medal final, on Saturday 17 March 2018. The game report can be read here.

World Curling Federation President, Kate Caithness, said: “Many congratulations to China who thoroughly deserve this recognition for their hard work and determination in achieving such a historic milestone, not only for curling but, for Chinese sport.

“This award will provide great motivation for them in the build-up to their home Olympic and Paralympic Winter Games in Beijing in 2022.”

China’s Paralympic curling success was followed up with another gold medal victory, at the World Wheelchair Curling Championship 2019 in Stirling, Scotland.

Skip Wang and alternate Zhang were in that gold medal winning team, but the remainder of the group, third Mingliang Zhang, Xinchen Xu and Zhuo Yan, were not involved at the Paralympics.