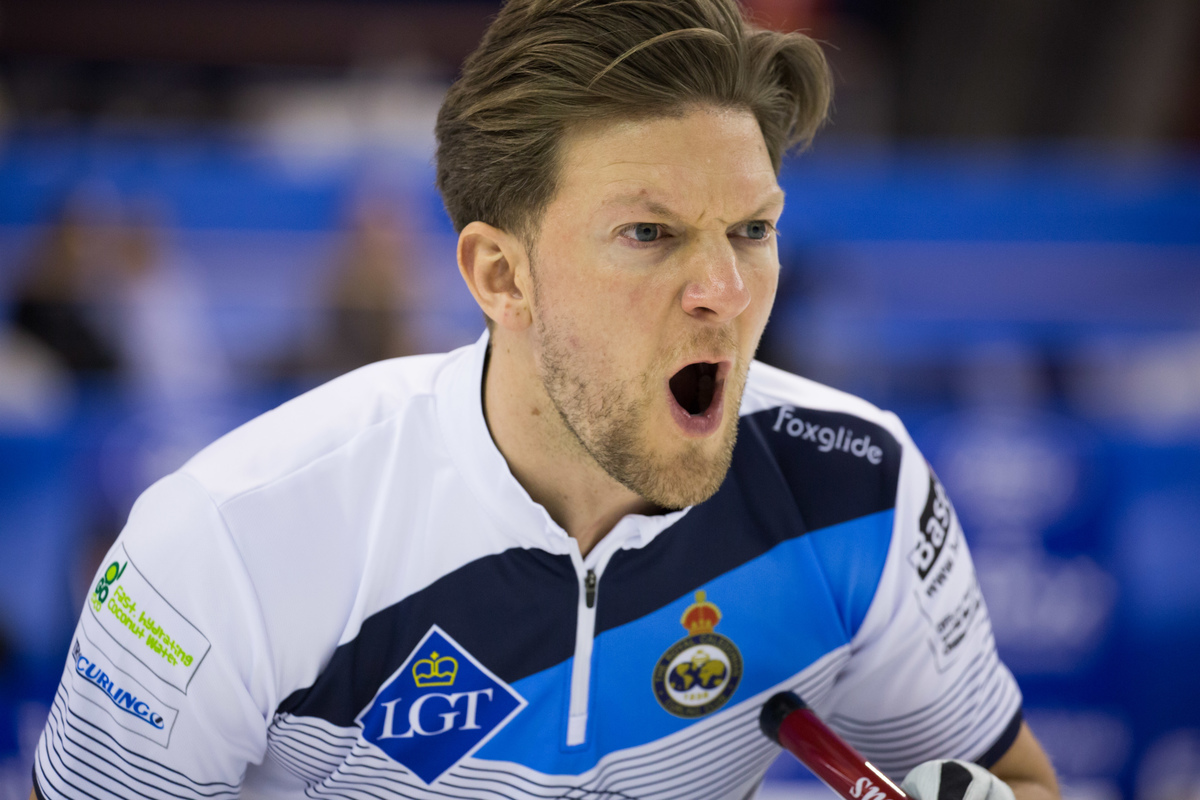 In the second of the series, meet Scotland’s Ross Paterson, 35, who is coming off his first season skipping a new lineup on the international stage. Paterson and teammates, third Kyle Waddell, second Duncan Menzies and lead Michael Goodfellow had a successful first season together, winning the Curling World Cup Grand Final bronze medals and their first Grand Slam title. The Scottish foursome will be one of three teams competing from 10-13 October to represent Scotland at the Le Gruyère AOP European Curling Championships in Helsingborg, Sweden from 15-23 November 2019.

I started curling when I moved to a small village called Lochgoilhead in the west coast of Scotland when I was six. The local club encouraged my family to play and I teamed up with my older brother and two other brothers who I played with through juniors until I was 20. Curling has been a huge part of my life for a very long time now and I love training and competing. My motivation comes from my desire to win and to compete at the top level and the belief that I can achieve my goals.

You are skipping a new team this year after playing second at the World Men’s in 2016 and sparing in both 2017 and 2018 with different teams. What did you learn from those experiences?

Being part of Team Scotland at the World Men’s Curling Championship is a great experience and is where every top curler wants to be competing. It’s always a great honour to represent your country and I’ve been part of three great teams at the championships I’ve been at. It doesn’t take much for a week at a championship to go wrong though as the competition is so fierce and I’ve come away from a few Worlds disappointed which has only driven me more to succeed. The World Men’s Curling Championship is in my home town of Glasgow this season so to be there, standing on the podium as skip for Scotland would be very special and is our main goal as a team this season.

How did your first season as skip and on a new team go? What are the pros and cons of a new team?

I’m very happy with how my first season as skip went and I’m proud of what our team achieved together in a short space of time. We finished seventh in the world and won a Grand Slam title which was a fantastic experience and definitely something which has given us confidence going into the new season. We understand that we still have a lot of areas to improve on though and have already started to put these into practice in our pre season.

The biggest pro of a new team in my eyes is that you have the opportunity to work with athletes who share the same work ethic and push each other to be better every day. The cons of this is that at times we can be very demanding of each other but we see this as one of the reasons we accelerated as a team last year. We’re still only a year two team and understand the only way we can give ourselves the best chance of achieving our goals is by working harder than other teams. There’s so many good teams now and the margins between winning and losing are so close you can’t afford to slack in any areas of the game.

What is your best advice for playing with a new team?

You have to be open minded and respect your team mates. Without respect you won’t understand what makes each person tick and it becomes tough to get the best out of each other. The best teams always find a way to win even when they’re not at their best.

This has to be between my Mum and my fiancé Sarah! My Mum has always supported me from day one and made me feel like anything is possible if I work hard for it and want it enough. Sarah believes in me even when I don’t believe in myself at times and reminds me how lucky I am to be playing the sport which I love!

My goals are pretty simple… to win as many medals as possible! I’ve been very lucky to play for a lot of the greatest Scottish skips that I looked up to and idolised when I was younger. Now I want to establish myself as a skip and hopefully be a role model for the younger generation of Scottish curlers.

My greatest accomplishment in life so far is where I am now in my new house with my fiancé Sarah and my dog Winston… life is good! I’ve many good memories from curling but so far winning the Slam in my first season as skip stands out the most.

My perfect day would definitely involve a walk with my dog and spending time with my family and friends over a good meal and drinks. When you spend so much time on the road it makes you appreciate that the simple things in life are the most important.

Tell us about your most embarrassing moment?

Far too many to mention… I’m a bit of a liability!

Thank you Ross for the insight to your curling career so far. All the best to you and your team for the season ahead.