They are Norway’s Dordi Nordby, the late Michael Burns, Sr. from Canada and Scotland’s Michael [Mike] Thomson, who was the first Secretary General of the World Curling Federation.

Nordby will receive the Elmer Freytag Award, and be inducted into the Hall of Fame, at the LGT World Women’s Curling Championship 2019 (16-24 March), in Silkeborg, Denmark. In Lethbridge, Canada, at the Pioneer Hi-Bred World Men’s Curling Championship 2019 (30 March-7 April), the event photographer Michael Burns, Jr. will receive the award on behalf of his father. A date for Thomson is still to be determined.

“Dordi’s 23 international curling medals, being a recipient of the Frances Brodie Award and the number of years, she played at the top level of the game, show why she has been selected. Michael was curling’s photographer. He never threw a stone, but he took our sport to millions of people through his amazing imagery. Finally, without Mike, the World Curling Federation would not be where it is today. He was the glue that held it together in the early days and he ushered in our return to the Olympic Winter Games and introduction to the Paralympic Winter Games.

“Our sport is indebted to them and on behalf of the curling family I extend my sincere and deepest thanks to each of them and their families.” 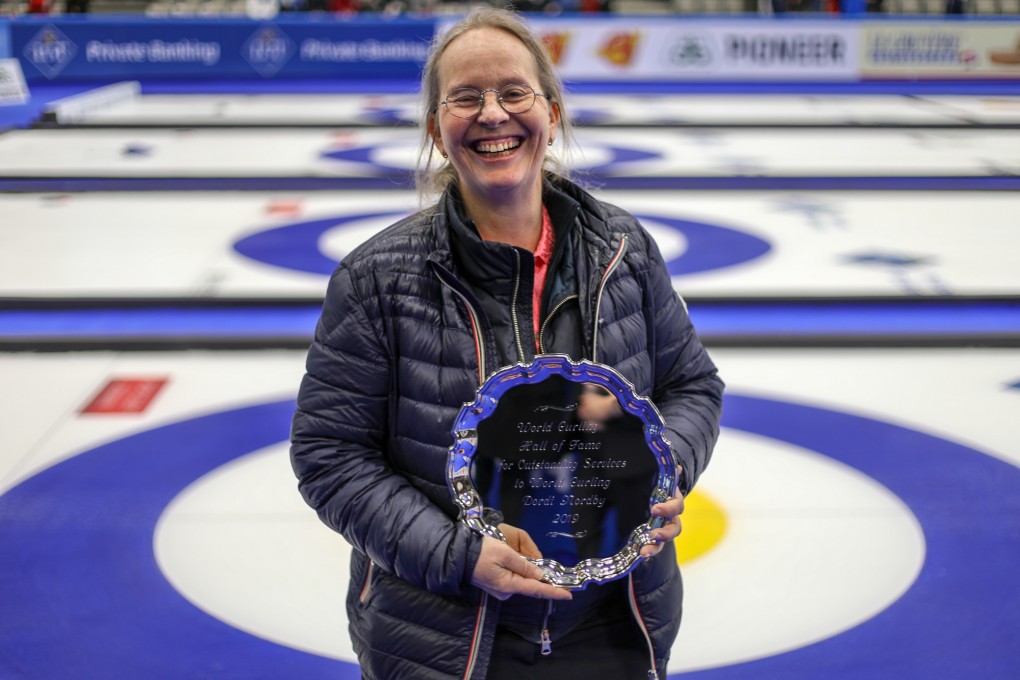 Nordby, from Snarøya, Norway, is inducted as an Athlete, for a glittering playing career that saw her amass 23 international curling medals. A mainstay of the Norwegian women’s team from 1981 to 2007, she competed in three Olympic Winter Games – plus two Olympic exhibition events – 18 World Women’s Curling Championships and 23 European Curling Championships. She was also well known for having a thermos of coffee with her whenever she took to the ice.

In the Europeans, Nordby, collected two gold medals, two silver medals and six bronze medals. Though Nordby never won an official Olympic Winter Games medal she collected bronze in Calgary, Canada, in 1988 and silver in Albertville, France in 1992, when curling was a demonstration event. Nordby, also received the Frances Brodie Award, for sportsmanship, at the 2003 World Women’s in Winnipeg, Canada.

Norwegian Curling’s Pål Trulsen said: “The Norwegian Curling Association congratulate Dordi with the highest honour you can get in curling. She took the level of women’s curling a step forward and inspired many young female curlers.”

Burns, inducted as a Builder, is considered curling’s photographer. You wouldn’t have to look further than the World Curling Federation’s own 50th anniversary book to see the impact he had on the sport. He hailed from Edinburgh, in Scotland, but it was in Canada where he began taking pictures in the late 1950s.

He photographed the very first Scotch Cup in Scotland in 1959 and quickly developed an eye for strong curling imagery. He was renowned for being able to get into the right place for the right moment. His interest didn’t solely lie in curling, he photographed horse racing and motorsports too.

He is also a member of the Curling Canada and Canadian Horse Racing Hall of Fames already and he was the Canadian government’s photographer at five Olympic Games.

Burns’ son Michael Burns, Jr. who will accept the award on behalf of his father, is still currently Curling Canada’s and from time-to-time the World Curling Federation’s official photographer.

Burns, Jr. said: “It truly is humbling for our family to have my father recognised in this way. We’re very appreciative to the World Curling Federation, as well as Curling Canada for nominating him. He loved being a part of the curling community, around the world, and I know he’d be thrilled to have his work acknowledged in this way.”

Thomson, inducted as a Builder, led the World Curling Federation in its formative years with great professionalism and regard. He became the World Curling Secretary General in 1994 and served until his retirement in 2010. Before this appointment, he fulfilled this role as a staff member of the Royal Caledonian Curling Club (now Scottish Curling), when the two organisations were one.

In the manner he undertook this work and for his commitment to the development of curling, he became highly regarded within the Olympic family. After retiring, Thomson was replaced by the organisation’s current Secretary General, Colin Grahamslaw.

World Curling Federation President, Kate Caithness, reflecting on the time she worked with Thomson, said: “I worked closely with Mike for some 12 years, firstly in my position as WCF Disabled Project Leader, and thereafter in 2006 on the Executive Board as Vice-President and for a short time in 2010 when I was elected President. During this time, I witnessed first-hand how much the world of curling owes to Mike Thomson.”

Photo credit information: The Michael Burns, Sr. picture is courtesy of The Doug Maxwell Archive. The credit for the Dordi Nordby image (competing at the Ford World Women’s Curling Championship 2000) is unknown, please contact [email protected] if you know who’s image this is.