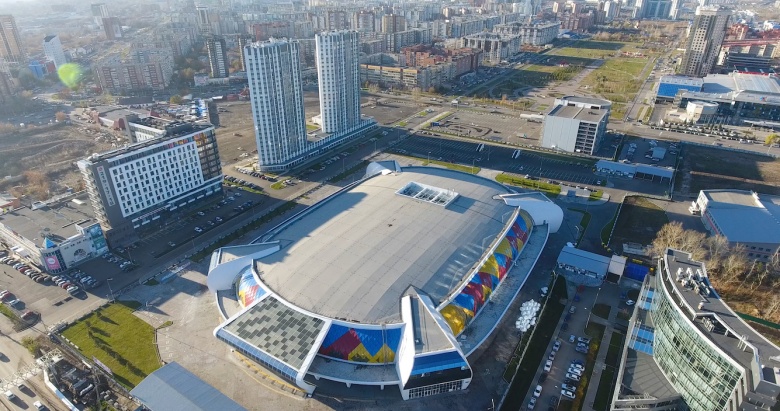 The World Junior Curling Championships 2020 will be held in Krasnoyarsk Russia, next season, from Saturday 15 to Saturday 22 February.

Krasnoyarsk, is in Siberia, in the heart of Russia, and held the Winter Universiade Games, earlier in March. The World Juniors in 2020 will be played in the 3,500 seater Crystal Ice Arena. Ice Hockey was played there during the university games.

World Curling Federation President, Kate Caithness, said: “Krasnoyarsk proved to be an excellent host for the recent winter university games and we are delighted to take another curling event there next season.

“I am in no doubt that the success of the Winter Universiade will be replicated for our young Junior athletes and we look forward to working once more with the Russian Curling Federation and the local organising committee from this region.”

The last international curling championship Russia hosted was the World Mixed event, in Kazan, in 2016. They last held the World Juniors in Sochi – the host city of the 2014 Olympic Winter Games – in 2013.

“The WJCC 2020 will take place in the city of Krasnoyarsk in the heart of Siberia. The upcoming competition will be very special for us, considering the fact that this year our women’s team won the gold medals. That means they will have a status of defending champions representing Russia in a home arena. I am sure the championship will demonstrate a high level of organisation, which was also a prominent feature at the XXIX Winter Universiade that Krasnoyarsk hosted a couple weeks ago.

“In the following days, we are planning a meeting with the Governor of the Krasnoyarsk Region in order to form the organising committee for the event.”