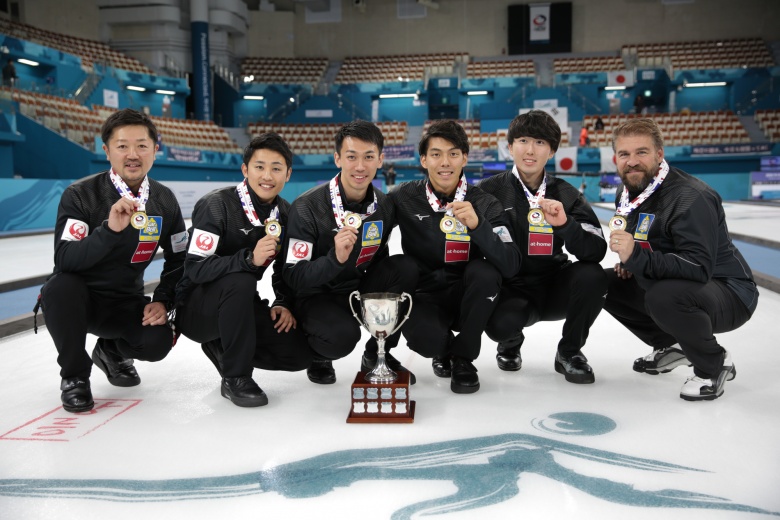 Both Japan and China have also qualified for the Pioneer Hi-Bred World Men’s Curling Championship 2019 in Lethbridge, Canada.

In the first end, after a perfect hit-and-roll from Japan skip, Matsumura, to sit shot stone, China’s skip, Qiang Zou, was wide with a difficult raise attempt, giving up a steal of one point to give Japan the early 1-0 lead.

China – skipped by Qiang Zou, with third, Zhiyu Wang, second, Zhilin Shao, lead, Dongxu Jiang and supported by alternate, Jingtao Xu and coach Zhipeng Zhang – took the lead in the second end, after Zou drew his last stone into the four-foot for a score of two points.

In the third end, Matsumura played a precise tap-back on the China stone in the four-foot for a score of two points to regain the lead, 3-2. They extended that lead in the fourth end by stealing two points when Zou was light with a draw attempt.

China recovered in the next end as Zou made a raise tap-back of a Japan counter, after sneaking past a Japan guard, to score three points and level the game at 5-5 going into the break.

China took the lead in the sixth end when they stole two points after Matsumura missed his take-out attempt of a China stone buried on the button.

In the seventh end, Japan tied the game, at 7-7, when Matsumura was left with an open hit for two points. Japan stole a single point in the eighth end after Zou was a fraction heavy with the draw on his last stone.

China blanked the ninth end, but in the tenth end, after multiple attempts, were unable to reach a Japan counter sitting on the button.

Japan stole the single point for the 9-7 win, the 2018 Pacific-Asia men’s title and the gold medals.

After their win, Japan skip, Yuta Matsumura said, “I’m more than happy! In the last end, we tried to steal. Everybody played well today, and I got support from my team. We made great shots, and we are happy!”

China skip, Qiang Zou, said after taking the silver medals, “We think we were not good enough today, the Japanese players played really well, so we need to improve our skills. In the last end we tried to score two.”